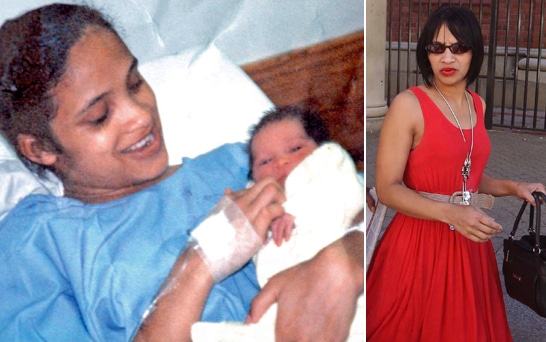 Celeste Nurse was dozing in her hospital bed when three day-old Zephany was kidnapped by a woman disguised as a nurse back in 1997.

Last week, the girl known as South Africa’s Madeleine McCann was reunited with her parents following an extraordinary twist in the hunt for her.

In an interview, Celeste, 37, described how she’d forgiven the woman who had stolen her baby Zephany and credited her with doing ‘a great job’ of raising her.

Zephany loves this woman dearly, she was a good mother to her,’ the mother-of-four said.

‘What she did was very wrong, they’ve been living a lie for the last 17 years, but I forgave her some time ago.’

‘Undoubtedly we will meet, and I will thank her for taking care of my daughter. Zephany has had a good life with her – my daughter is beautiful, inside and out, she’s kind and clever – they did a great job.’ 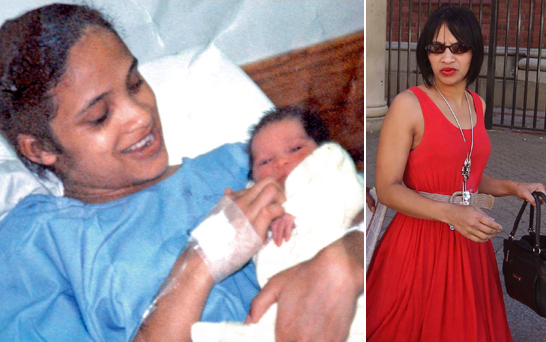 The story of how Zephany came to be reunited with her biological family has all the elements of a Hollywood film.

For nearly 18 years the teenager grew up only a few streets from the parents who never lost hope of finding her, in a run-down suburb of Cape Town.

‘I always had this feeling that Zephany was very close by,’ Celeste recalled.

In January, Celeste’s 13-year-old daughter Cassidy started high school and began to talk about an older girl she’d met ‘who looks like us’ and, despite the age difference, had become a very close friend.

‘She said she felt confused, she had no idea why she felt so attracted towards this girl. On a daily basis, she waited for Cassidy at the school gate, hugged her. I thought, you guys resemble each other like you’re bird of a feather. My daughter called Zephany “tee tee”, that’s the name for an older sister and she called Cassidy, “my baby girl” It was amazing.’ – said Morne, the father. ‘I saw this girl and immediately had a burning sensation in my chest. It was a feeling of confusion, connection, love, attraction, everything in one.’

The electrical sales rep described how he then carried out his own secret investigation into his daughter’s new best friend, looking for proof that she was his stolen child.

He watched her at the school gate, and photographed her for Celeste who recognized her at once.

‘When he sent me the photo I burst into tears, she looked exactly like Cassidy. She had the same face, ear lobes, nose, she was the same. I said ‘this is my daughter’, Celeste recalled.

He scanned the girl’s facebook page to check her date of birth, and for pictures of her growing up.

He copied a photograph of the mother who was raising Zephany and sent it to a witness from the hospital who, more than 17 years before, could still remember the ‘nurse’ who had carried Zephany away as Celeste slept.

‘My witness came back straight away and said ‘this is the lady’,’ Morne said.

The 37-year-old father of four then went to the police and ten days ago DNA tests were finally carried out, revealing Zephany was indeed their missing daughter and her kidnapper was arrested.

Since then Zephany has met her biological family three times.

‘When I hugged her for the first time, I whispered in her ear ‘I knew from day one you were mine’,’ Morne said, in a voice cracked with emotion.

Celeste smiles, ‘When I saw her for the first time I saw myself. I thought “that’s my twin sitting there”. When I held her, I just burst into tears. Zephany cried, she didn’t know what was going to happen, for her it’s quite a lot to take in.’

Despite only spending a few hours with her biological parents, Zephany is already calling them ‘mummy’ and ‘daddy’.

And although she is very attached to the woman she thought of as her mother, she told Celeste: ‘The last 17 years have been a lie.’

Known by the name given to her by the woman who raised her, which cannot be reported, Zephany has chosen to keep her name.

Tomorrow, the 50 year old kidnapper is due to appear in court for a second time – she has been in police custody for a week.

It is understood the woman, who cannot be identified, had suffered a stillbirth shortly before snatching Zephany, whom she was able to breastfeed and pass off as her own, never confessing the truth to a soul – not even her own husband.

Morne recognised the man who had raised his daughter when he saw him in court last week.

‘Apparently, he had no idea she wasn’t his,’ Morne said. ‘The forgiveness is there from me, but I have nothing to say to them.’

The kidnapper and her husband raised Zephany in a tiny terraced house in litter-strewn street in an area blighted by unemployment, drugs and gangs.

Unlike many of her friends who have dropped out of school Zephany was encouraged to stick with her education and studied diligently in the bedroom she has to herself.

The woman she has known as her mother had no other children.

Friends and neighbours of the woman have expressed shock at the news and universely praised her raising of the girl, who was her ‘only child’.

Zephany will be 18 next month and can make her own choices about where she lives – but her new-found siblings Cassidy, sister Micah, 9, and eight-year-old brother Joshua are impatient to have her home.

Celeste can remember the events surrounding the theft of her three day old baby vividly. She was lying in bed, holding Zephany in her arms and feeling groggy with painkillers after a Cesarean section.

‘I remember that as I was drifting off to sleep, there was a woman dressed as a nurse nearby. I was woken up a while later by another nurse who said, “Where’s your baby?’.’

The bassinet next to the bed was empty except for a yellow blanket.

‘I ran from the bed, we went up and down the corridors. I was frantic, panicking.’

Morne admits that to begin with he blamed Celeste for their daughter’s disappearance.

‘I put all the blame on her – I kept asking Celeste, ‘why couldn’t you just have kept your eyes open for five minutes?’.

‘I was full of anger, I don’t wish that feeling on my worst enemies. But after the anger subsided all the pain came through and I felt as though I didn’t want to live any more.’

When Cassidy was born four years after Zephany’s disappearance, Morne described how she was ‘his pain away child’.

‘She took all that pain away,’ he said. ‘And now she was the one to have also brought Zephany back to us as well.’ ‘The connection between the two girls was just there from the start,’ he added.

Celeste said: ‘Once we found out that she was Zephany, Cassidy jumped on her and said “I knew all along you were my sister” and they couldn’t stop chatting. They are in love with one another. My son also loves her dearly, he said to Zephany “I’ve missed you”.’

Celeste said she hoped the return of Zephany would give other families of missing children hope.

Despite years of false leads, extortion attempts and no genuine sightings, Celeste and Morne never gave up hope of finding their daughter.

Every year they hosted a large birthday party, with cakes and goodie bags for 100 or more children, to celebrate Zephany’s life, who they were convinced was still alive.

Celeste said: ‘Every year the parties gave us faith and hope that she was still there. We would celebrate not just for her, but for all the abducted children.

‘I never doubted that Zephany would come back to us one day, we never lost hope. Her death didn’t occur to us ever.

‘I keep thinking how many times we must have been in the same shop, or she must have read in the newspaper about herself and the birthday parties we held for her every year.’

How this extraordinary story will end, nobody can predict.

‘I want what she wants – whatever she thinks is best for her, will be fine by us,’ Celeste said with a shrug.

‘We don’t want to put any pressure on her. We feel she belongs to us, with us, but it’s whatever she decides. All we can offer her is love, love and more love.’ 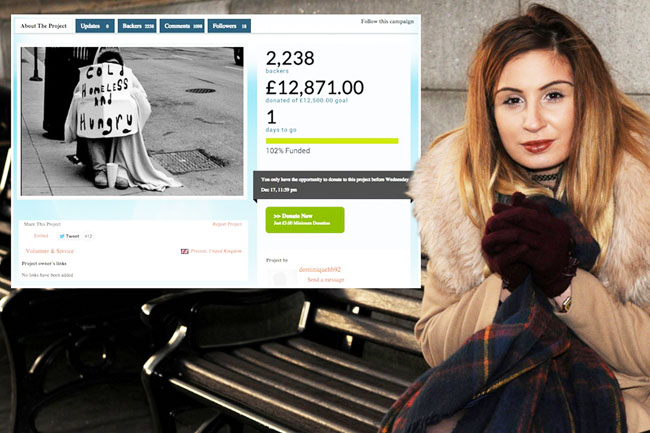 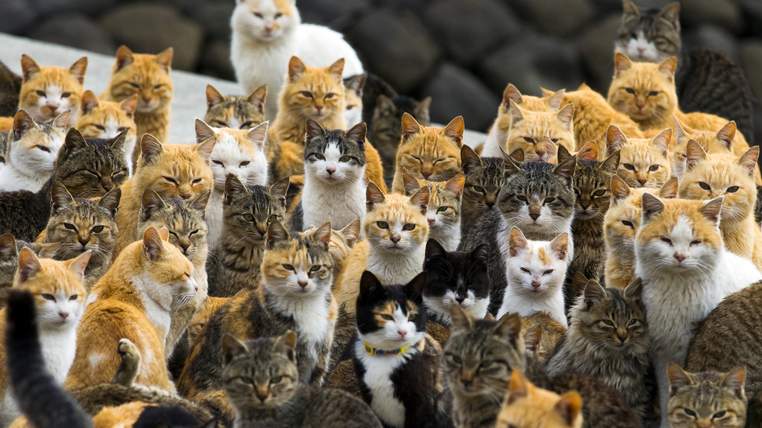 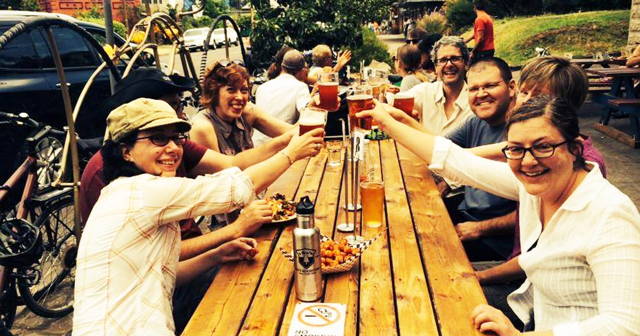