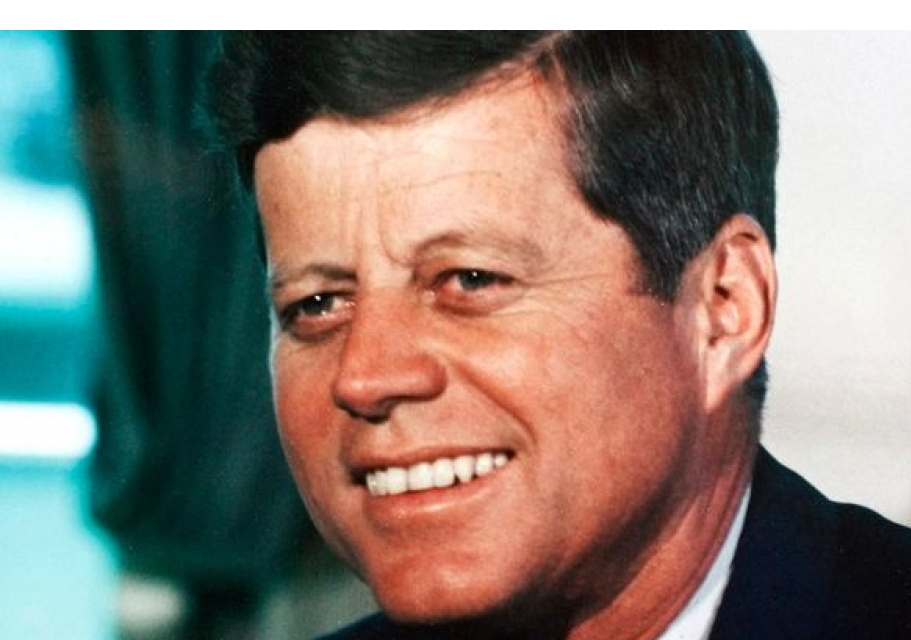 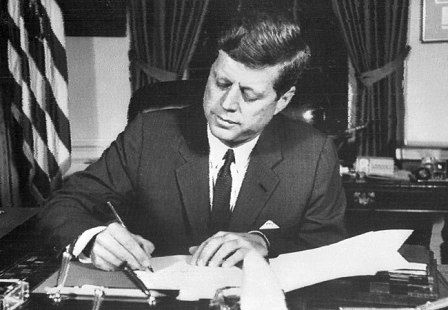 JFK had 9 brothers and sisters, one of whom was born with intellectual disabilities. JFK established the National Institute of Child Health and Human Development to improve the situation of patients suffering from mental illnesses, who were largely neglected in overcrowded care homes.

As a child JFK was quite sickly and his family used to joke about him being a danger on mosquitoes. If one bit him, it would be sure to catch a disease and die.

JFK’s favourite subjects at school were English and History, at which he excelled but he almost failed at Latin.

During World War II JFK commanded a torpedo boat in the South Pacific. In 1943 his boat was destroyed by a Japanese warship and JFK badly injured his back. Nevertheless, he led his men floating on the remains of the boat toward a small island several kilometres away. Six days later two native islanders found them and went for help, delivering a message he had carved into a piece of coconut shell. The crew was saved the next day.

Before the 1960 elections JFK and his brother Robert Kennedy intervened for the safe release of Martin Luther King, Sr., arrested during a protest.

JFK relied on painkillers and steroids to treat the symptoms of his many health problems. Constant back pain prevented him from lifting even his own small children.