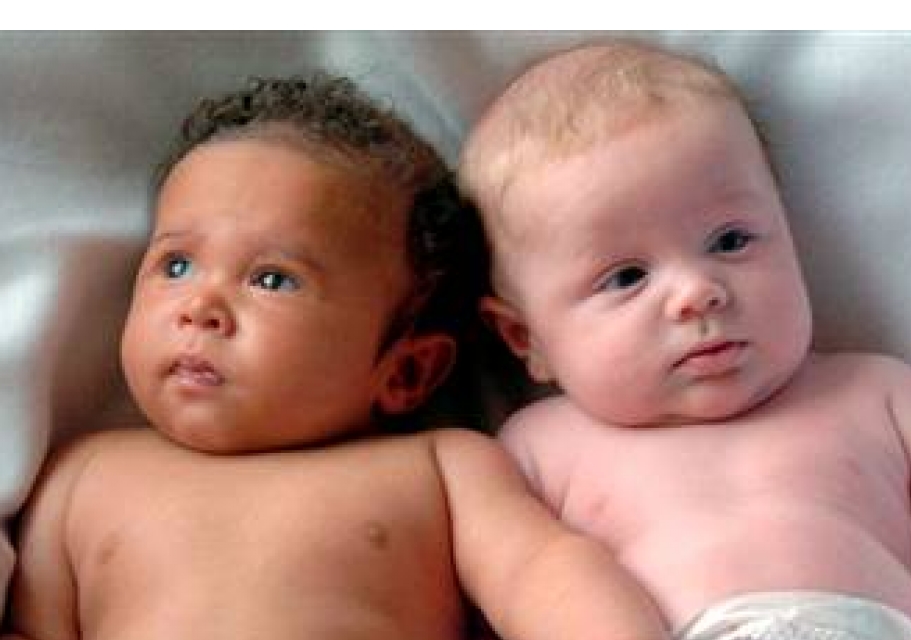 When Mia Washington gave birth to twins, she had no idea only one was fathered by her boyfriend – despite having slept with both her lover and her fiancé within two days. She only found out the shocking truth when her fiancé James Harrison, 45, insisted on having a DNA test because he’d noticed the 10-month-old boys, Justin and Jordan, were very different and suspected his girlfriend had cheated.

The result showed Justin was her lover’s child while Jordan was her fiancé’s son.

Incredibly, James, 45, has vowed to stand by Mia and bring up both boys, and now Mia is pregnant again – and this time she knows James is the father. “I never imagined something like that could happen – let alone to me. I can’t see the other man in Justin, but I can
see he looks very different to his brother. I made a stupid mistake and luckily James has forgiven me,” says Mia, 20.

“And now we’re looking forward to the birth of our new baby. I’ll never cheat on him again. I’ve said sorry so many times.”

James, a mechanic, supported Mia throughout the pregnancy and was by her side when, after 12 hours of labour, on 8 June 2008 she had two boys.“It was love at first sight for both of us,” says Mia. “It didn’t even enter my head that one of the boys might not be James’.” But James insisted on the test after he noticed Justin had paler skin than Jordan and didn’t look anything like him. Mia says: “I thought he was crazy. I could see they looked different, but I just thought they were babies and their looks would change. I told James he was imagining it. I had no doubt the boys were his.”

Then a friend told James about a local radio station who’d carry out the DNA test in return for the results being read out live on air. And when James suggested it to Mia, incredibly, she agreed. A week later James and Mia were called into the radio studio for the results – by then Mia was four months pregnant again. The DJ said the test showed there was 0 per cent chance James was Justin’s dad but 99.9 per cent chance he was Jordan’s.

Mia says: “I burst into tears and ran from the studio. I didn’t know how I could face James. Not only had I lied to him, but everyone listening would hear I was a cheat. I was sure my relationship with James was over. I was distraught.” When they met up again a few days later, Mia begged for forgiveness, swore her unborn baby was his, and promised she’d never cheat again.

“I was stupid and Justin is a permanent reminder. I begged James to stay and he said he’d be a father to both boys,” she says. “It would’ve broken my heart to deprive our kids of a dad. James treats the boys equally. He has a big heart and was man enough not to walk out on me. We plan to marry later this year.”

How could this happen?

Doctors told Mia that falling pregnant by two men can happen when a woman releases multiple eggs during ovulation. If she has more than one sexual partner within the same time period, sperm cells can fertilise two separate eggs.

Collect the adjectives from the text!

What are the meanings of these expressions? (Use a dictionary)