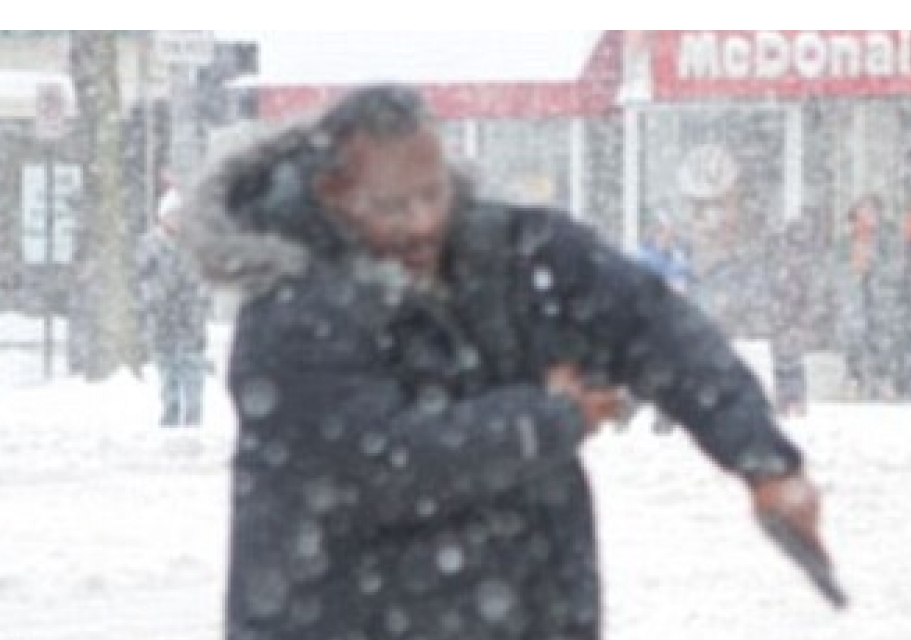 The moment was pictured, when an American police detective pulls out a handgun after he's hit with snowballs. About 200 people from a Washington D.C. neighbourhood had gathered to brave a snowstorm for a massive snowball fight. "It was pretty fun," one unidentified participant told reporters. "But when the gun came out, it just changed the tone of the thing a little bit."

The officer became angry when his car - a maroon Hummer - was hit by snowballs. He got out of the car and yelled at the crowd, before pulling out his gun and showing it to the crowd. Eyewitness Matthew Bradley told Washington City Paper: "We showed up to see a snowball fight already in progress. A couple moments later, at the intersection, there was this big maroon Hummer. A small faction of people decided to target it with snowballs. They're throwing snowballs at the Hummer. The driver of the car - a police detective - gets out. He's waving a walkie talkie. It's not going well. Then he starts waving a gun. He hadn't identified himself at this point. There was a point where it got really tense. The experience for many people was snowball fight kind of fun...and then there's a guy with a gun."

Later in the incident, the detective went into the crowd and grabbed a man who he thought threw a snowball at him. The detective's boss, Pete Newsham said: 'We have to see what the entire circumstance was. But just a snowball fight, not in my mind, that doesn't seem a situation where we would pull out a service weapon.'

!Questions!
What do you think about the officer's behaviour?
Imagine the continuation of the story!
What was the turning points of the story?