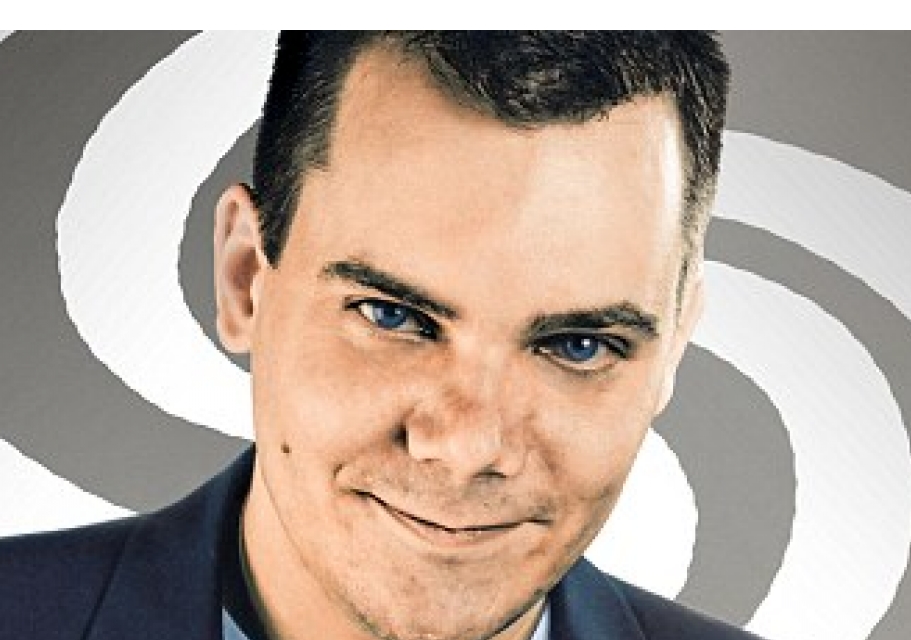 A hypnotist planning to use the internet to put a world record number of people into a trance has been forced to abandon the experiment after alleged threats of legal action. Chris Hughes signed up more than 6,000 people through social networking sites Facebook and Twitter, but the session was cancelled just minutes before it was due to go ahead. He posted on Twitter: 'I am totally gutted that we could not do it live... I am sorry if I have disappointed you all...' He said those who succumbed to his hypnosis would not be able to get up from their chairs and their eyes would be stuck together before being snapped out of the trance.

It started when someone suggested we do a mass hypnosis,' Mr Hughes, 34, explained. 'Nobody has ever tried this before on such a mass scale. There is no world record so we are attempting to set a world record for the largest online group hypnosis session. Since we launched it, I've had people register from 85 countries, from Peru to Israel, with Italians, Britons and Americans the most interested. Social media is all about bringing people together, so it is a perfect way to help educate the world about hypnosis.'

The event, called SocialTrance, which coincides with World Hypnotism Day, was supposed to begin at 8.30pm and was expected to make it into the Guinness World Records book.

Mr Hughes, who is from Banbury, Oxford and has been a hypnotist for five years, is keen to extol its virtues. 'This session will be designed to help people achieve what they want to in 2010 and give people a really good start to the year,' he told The Independent. 'When someone is hypnotised they can, at a subconscious level, accept ideas that they could otherwise think are too hard or too much effort to achieve.' Mr Hughes said hypnosis can also help people make big differences in their lives.

'Within a minute of starting the session, those listening will be gradually taken into a relaxing level of hypnosis and it should be very enjoyable.' Mr Hughes stressed that the session was designed to be safe at all times. Anyone over 18, except pregnant women, those with mental illnesses, and people under the influence of alcohol or drugs can take part.


Do you believe in hypnosis?