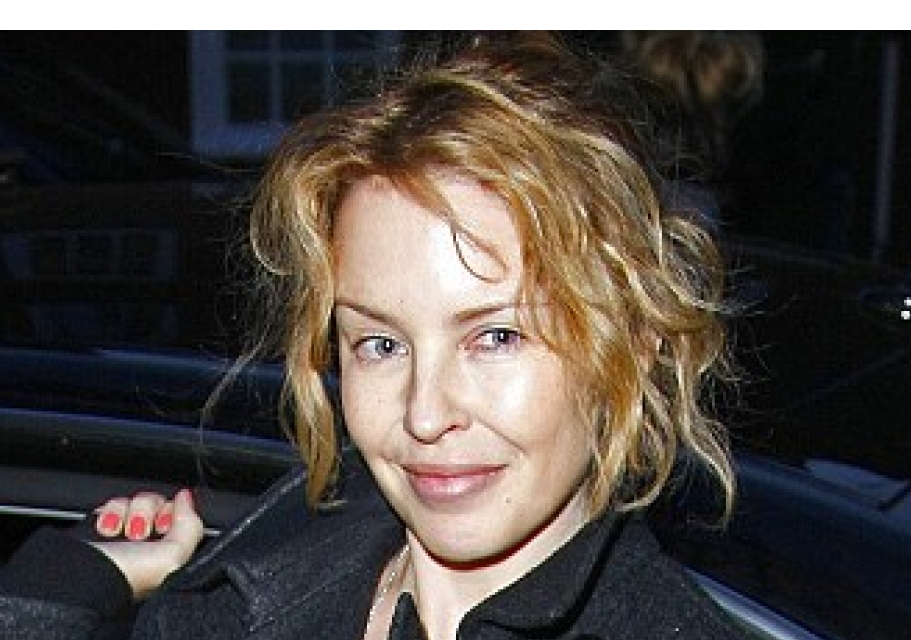 With her shiny skin, wavy hair and sober outfit, she could be a harassed mother on the school run. But this is none other than Kylie Minogue, having a make-up free day as she returned to her Chelsea flat last night.

Perhaps to make up for the rare slip of her pop princess crown, Kylie later posted an image of herself in full-on glamourpuss mode on Twitter. The sultry shot, taken from an upcoming Spanish Vogue shoot, showed her reclining in a black basque, gazing at the camera.

She captioned it: 'Hurry up Spring.'

Perhaps the cold weather is starting to grate on Kylie after her winter break in Australia.

2. A long time ago, in 1989, Kylie also had a hit called 'Especially For You'. This was also a duet. Who was her partner at that time?

3. She just can't get enough of singing duets. In 1995 she made one which was titled 'Where The Wild Roses Grow'. Who is the singer that she sings this songs with?

6. What Kylie song is featured on the soundtrack of the movie "Scooby Doo?"

1. Robbie Williams.
2. Jason Donovan
3. Nick Cave
4. Lucky
5. Spinning around.
6. "Whenever You Feel Like it". No doubt Sarah Michelle Gellar, a HUGE Kylie fan, had something to do with that!