Lara Croft rebooted - the story behind the Tomb Raider amazon 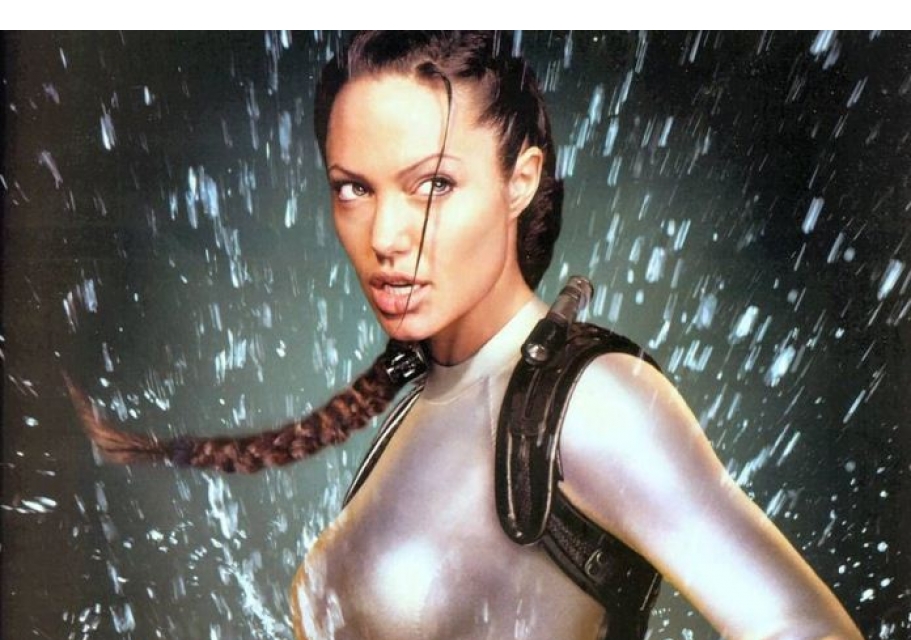 Gun-toting adventurer Lara Croft is back in the latest “Tomb Raider” to fight for new players but she comes gadget-free, without the improbable curves and trademark braid, and with an adults-only rating.

Development company Crystal Dynamics has stripped Croft of her previous history in the game published by Japan's Square Enix, and reinvented her as a 21-year-old novice with no experience of raiding tombs, climbing or shooting. Instead of the confident Croft seen in previous games and in the two movies with Angelina Jolie, the first "Tomb Raider" game in three years begins with the archaeologist as a terrified woman who is unsure of her footing but is desperate to survive.

The story of the new "Tomb Raider" was written by Rhianna Pratchett, ex-gaming journalist and daughter of fantasy novelist Terry Pratchett, who relished the challenge of rebooting and reimagining one of gaming's few female protagonists. "That's a real once-in-a-lifetime thing, especially with Lara Croft, as pretty much everyone knows who she is, whether they're into games or not. My mum knows who Lara Croft is," Pratchett told Reuters.

The rebooted Croft was devised after years of declining sales for "Tomb Raider" which is now ranked at about 28th in a list of best-selling video game franchises with sales of 35 million copies, according to "Tomb Raider" website figures. The 11th "Tomb Raider" game is based on an island where Croft and her team are shipwrecked while looking for a lost city. They soon discover the island is inhabited by a mysterious cult who will kill outsiders to protect their secret society. Croft finds herself separated from the rest of her colleagues and vulnerable.

It's not just the character of Croft that has changed but also the appearance of the female adventurer who was first unleashed internationally back in 1996. Her exaggerated curves are toned down to almost normal proportions, her hair braid is gone, and the tight shorts are replaced by more comfortable trousers. Noah Hughes, creative director of the "Tomb Raider" project at Crystal Dynamics, said they wanted to explain the mechanisms of Croft's character to people. "We felt in an origin story you could actually get to know the character and bring her to life as someone you could relate to and understand and then take her on this amazing journey," he said. As the game progresses, the characteristics of the old Croft start becoming more tangible in the gameplay as the hardening of her personality is brought about by a series of brutal events. This explains the game franchise's first Mature 17+ rating.

"Tomb Raider" goes on release in Britain and the United States on March 5 with early reviews saying that Croft is back on top of her game. 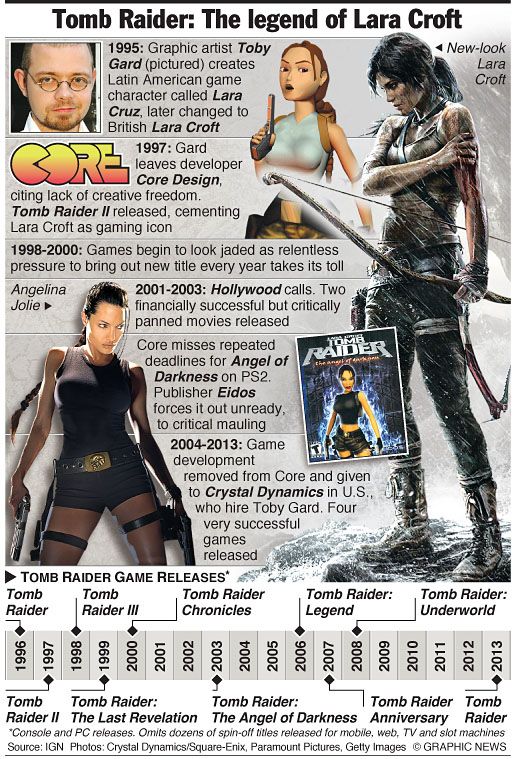