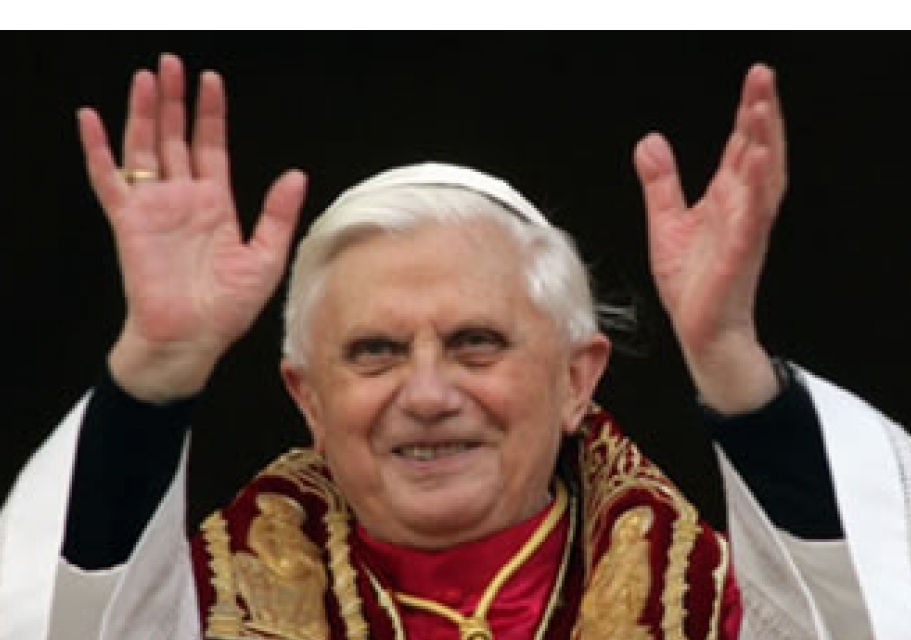 The Pope was knocked to the ground in a terrifying security scare just hours before his traditional Christmas Day message. Susanna Maiolo, vaulted over security barriers and dived on top of 82-year-old Benedict XVI, dragging him to the floor. Incredibly Maiolo, who is said to have a history of mental problems, was involved in a similar incident last Christmas Eve.

Medical experts said the Pope was lucky not to have broken any bones in the fall inside St Peter's Basilica at the beginning of the Christmas Eve Mass. He lost his mitre and staff and remained on the ground for a few seconds before being helped up by attendants. French Cardinal Roger Etchegaray, 87, also fell in the melee and was taken to hospital with a broken hip. He will be operated on in two or three days' time but is said to be in 'good spirits'.

The Pope appeared to suffer no ill effects from the assault, managing to get up and carry on with the service. He made no mention of it during the two-hour ceremony. But although sources close to him said he had 'brushed off the incident', it will raise serious questions over security. Maiolo, 25, had launched an attack on him at the end of Mass last Christmas Eve but was stopped before she could reach him.

Earlier this month Italian premier Silvio Berlusconi was left with a fractured nose, two broken teeth and severe cuts after being hit by a souvenir statue at the end of a political rally.

A senior Vatican source who was at the service and asked not to be named said: "The fact this woman is known and was still able to get through security is very, very serious. All the people who were inside St Peter's had invitations and so would have had to be checked and give their names. This woman was able to get through these checks as well as the airport style metal detectors. The Pope's guards were able to drag her away but the sense of shock in the basilica was amazing  -  there was a huge gasp, no one could believe what was happening."

The Vatican said it would review its security procedures but it was not realistic to ensure 100 per cent security because the Pope is regularly surrounded by thousands of people.

Idioms which are linked to the topic of 'religion'.

Act of God
An act of God is something like an earthquake or floods that human beings cannot prevent or control.

Catch hell
If you catch hell, you get into trouble or get scolded. ('Catch heck' is also used.)

Devil may care
If you live a devil-may-care life it means you are willing to take more risks than most people.

Heaven knows
If you ask someone a question and they say this, they have no idea.

Preaching to the choir
If someone preaches to the choir, they talking about a subject or issue with which their audience already agrees.