Prisoner trying to flee has to be rescued after he is stuck in bars of cell!
Főoldal 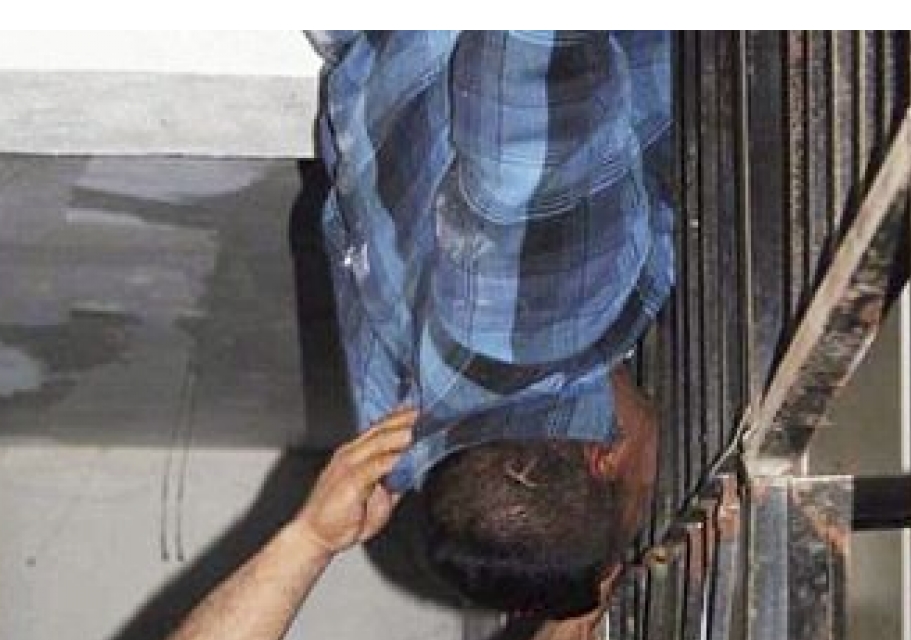 He was presumably hoping to kick of 2010 a free man on the run but it seems he forgot to meticulously plan his escape route. Prisoner Roberto Carrillo attempted to flee his cell in a Mexican jail in Valle Hermoso on New Year's Eve.

The 42-year-old tried to squeeze himself between the gap between the roof of the prison and the bars of his cell. But instead of sneaking through, he ended up completely stuck and hanging upside down. He was forced to call for help and laughing guards came to his aid and cut him free using a chain saw - before locking him up once again.

A source at the jail told The Sun: 'If he'd had a brain, it could have been embarrassing.'

avenue of escape
- the pathway or route along which someone or something escapes.

escape someone's notice
- to go unnoticed; not to have been noticed. (Usually a way to point out that someone has failed to see or respond to something.)

a narrow escape
- a situation in which you were lucky because you just managed to avoid danger or trouble.

1. I do not notice something - If there was something important in that package, it certainly escaped me.

2. I do not remember something - I knew his name a minute ago, but now it escapes me.