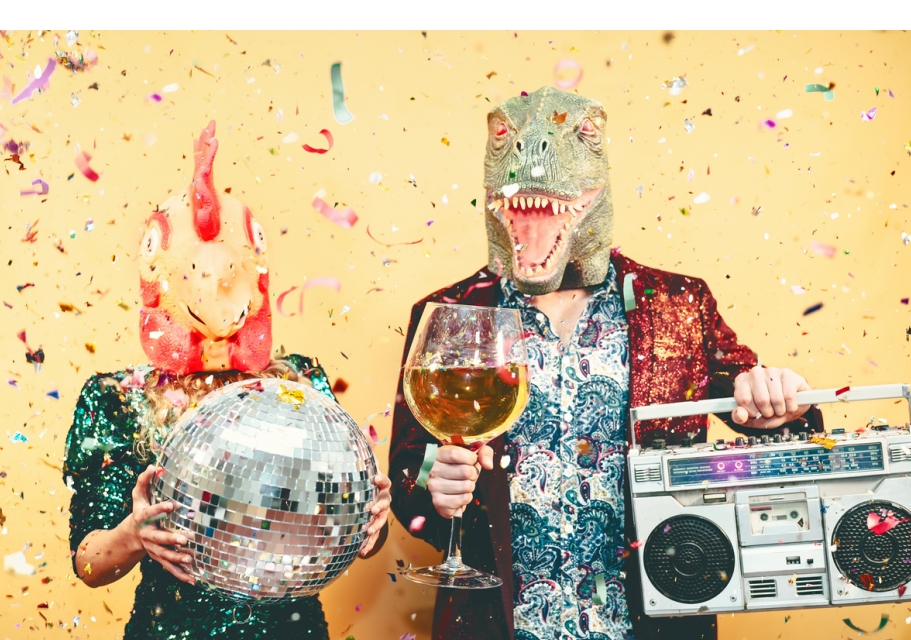 To start off with, we are going to look at some different words for celebration and also the different types of celebrations that you can have.

Usually people call a celebration a party but you might also hear the word bash or you could also have the word do. So some people might say: ’oh we're having a do for our anniversary party’ for example so this one is also quite common amongst natives so if you do hear it, don't be too confused by it.

Another word used for celebrations is the word shindu so some people might say ’oh I went to this shindig at the weekend it was really fun’. It does actually just mean a party or a celebration. You might also call a celebration a get-together because often when this happens lots of people come together for a celebration.

You might sometimes be invited to a farewell party or a send-off when maybe someone is moving to a new country or someone in your workplace has a new job so you would have a party to send them off in a great way.

Sometimes you might also want to have or be invited to a housewarming party. This is typical when someone moves into a new home once they are settled. They will invite their closest friends or family to warm up their house, to have a little party to celebrate their new place.

Also if you want to raise money for charity or have some sort of fundraiser this is another celebration or party so you might throw a fundraiser party, you might organize a fundraiser and you could attend one.

As well you could just simply call it a gathering so usually when there's a celebration lots of people gather together a little bit like come together.

Learners sometimes find difficult and often make mistakes with so the most common one here is to celebrate when we have a party so that's another verb we can use here:

We would say I'm having a party we tend to say I'm throwing a party so this is very common as well to use we would say I'm organizing a party but this is a little bit formal. But never say ’make a party’ because English speaking people don’t use this expression.

Next we're going to look at some phrases that we tend to use with celebrations:

paint the town red: (csapni egy görbe estét/kirúgni a hámból) it is quite an interesting phrase that natives use meaning that they are going to have an amazing time and they are going to go out and enjoy themselves

When you're at a party you might also hear someone say:

I'm having a ball: (nagyon jól érzi magát) you are really enjoying yourself, you are having a whale of a time: (remekül szórakozik) which is another phrase that natives tend to use as well and all of these mean that people are having a good time. 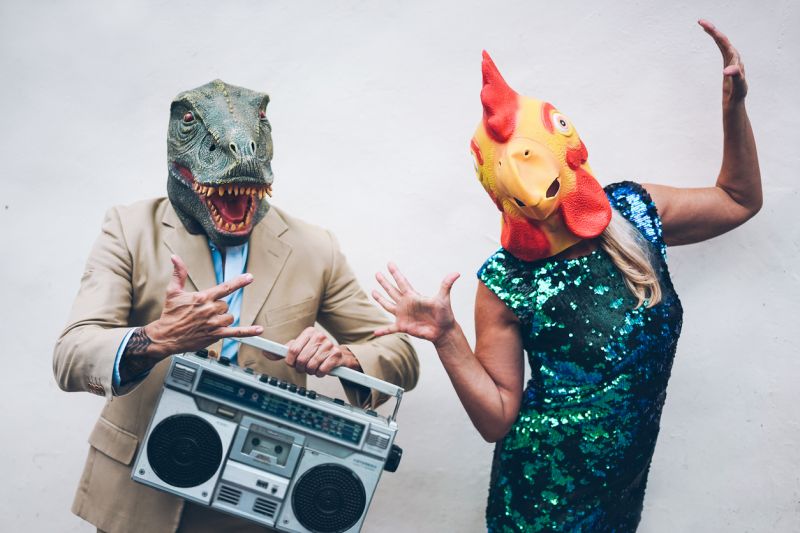 Words or expressions, short phrases that have the word party in them and are related to parties orcelebrations:

party pooper: (ünneprontó) someone that maybe is a bit negative in a party or a social event and they might ruin the fun a little bit

wet blanket: (ünneprontó) someone who is maybe a bit gloomy, who spoils the fun for everyone by being a bit negative

the life and soul of the party: (a társaság lelke/a parti motorja) someone that enjoys parties, enjoys socializing and funny and just someone that you remember at a party

to gate crash a party: (hívatlanul betolakodni egy buliba) you could gate crush any party and what that means is that you're not actually invited to that party but you find a way to somehow sneak into the party and enjoy yourself as well a

a party is in full swing: (teljes gőzzel megy a buli/javában folyik a buli) it means that lots of people are there now, everyone is dancing and enjoying themselves

have a fancy dress party (UK)/costume party (US): (jelmezbál) this is where you dress up usually people have these kinds of parties for halloween

bridal shower and baby shower (US): (menyasszonyi ajándékos buli/babaváró buli; NEM tejfakasztó buli: to wet the baby’s head party) so these kinds of parties are typical before a wedding so although you might have a hen party or a bachelorette party, they tend to also throw a bridal shower. Also before someone has a baby so when a woman is pregnant they will throw a baby shower for that person as well which is a party where people will come along and you know usually have some sort of finger foods and drinks and you would bring that person some gifts.

source: on the base of Party Animal or Party Pooper? 46 Words and Phrases for Celebrations, RealLife English 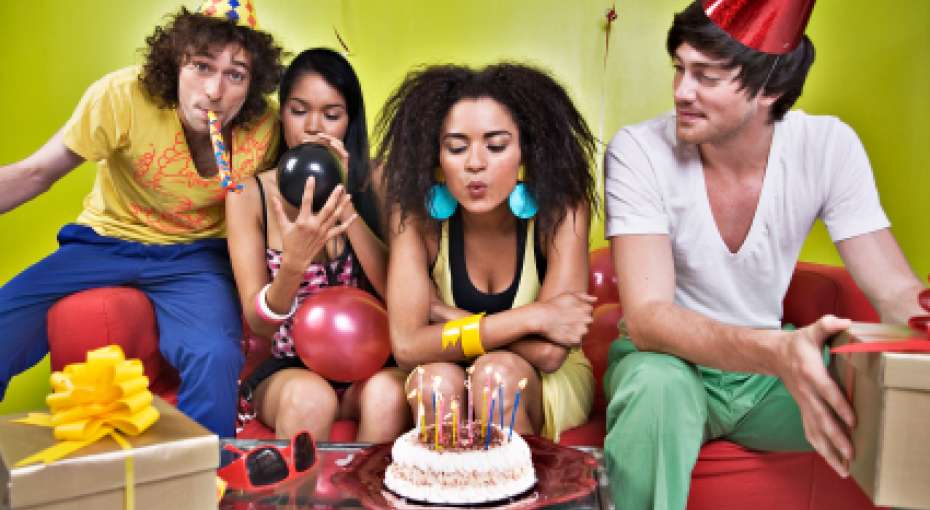 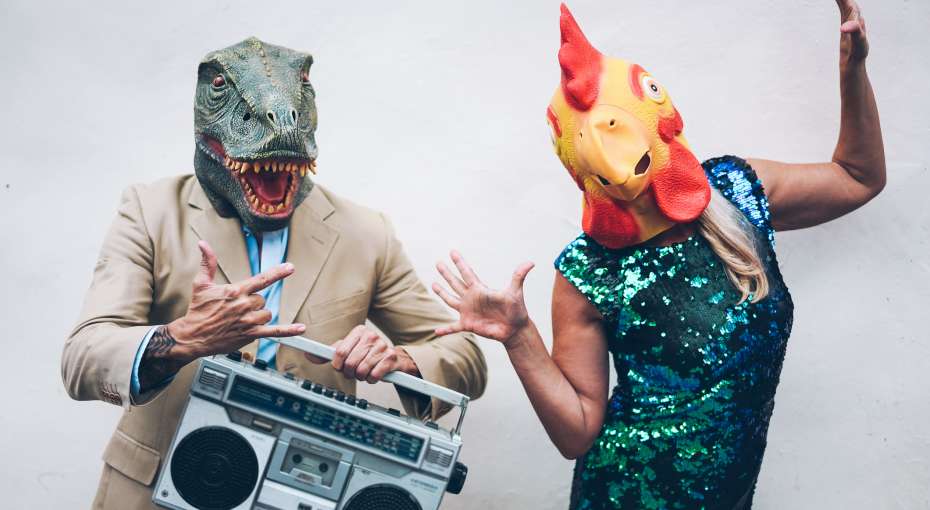 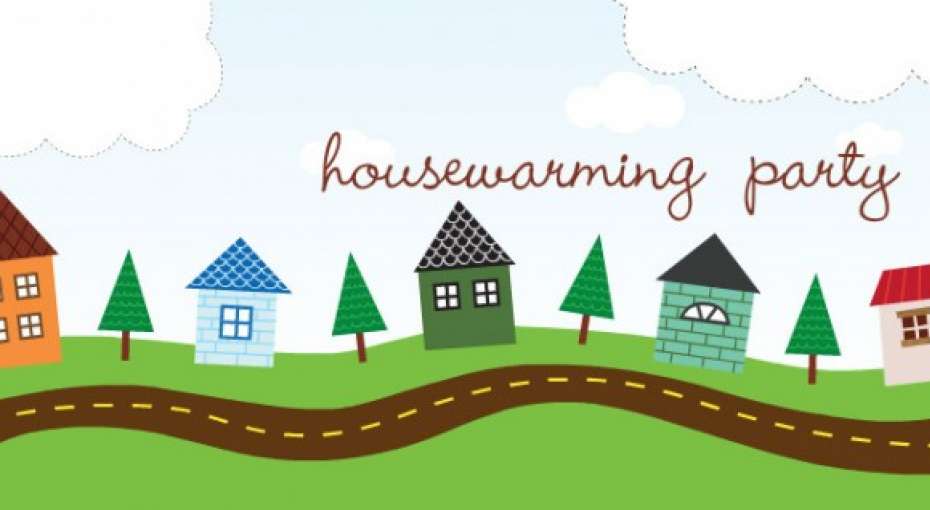 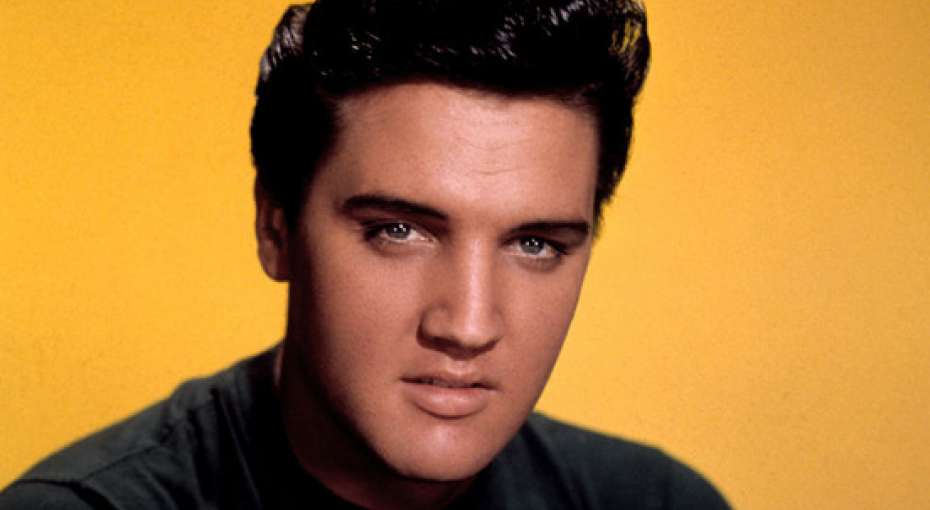 Let’s have a party!