The Hungarian Pumi (also known as the Hungarian herding terrier) is a sheepdog. The Pumi has a medium-small, lean, and muscular body. The breed is ancient; they have come with the Hungarians and their livestock around 800 AD, but its origins can be traced back to Tibetan herding and guard dogs.

The Pumi was used to herd cattle, sheep, goats and swine and today it is still used as a working dog. While driving livestock to and from pastures, the Pumi barked, moved quickly and occasionally nipped the misbehaving ones so as to keep them within the pasture boundaries. Its job was to guard the farm too, as a handy, loud and enthusiastic alarm system.

Most Pumis are born black and start graying at the age of 6-8 weeks. Their coat is curly, thick and of medium length. The Pumi’s trademark is its lively and pointed ears. Pumis are very protective towards their family. The lively and active dogs bark easily, but they are also easy to train.

There are 9 major Hungarian dog breeds. They all have distinctive features and their history go back more than 1000 years. 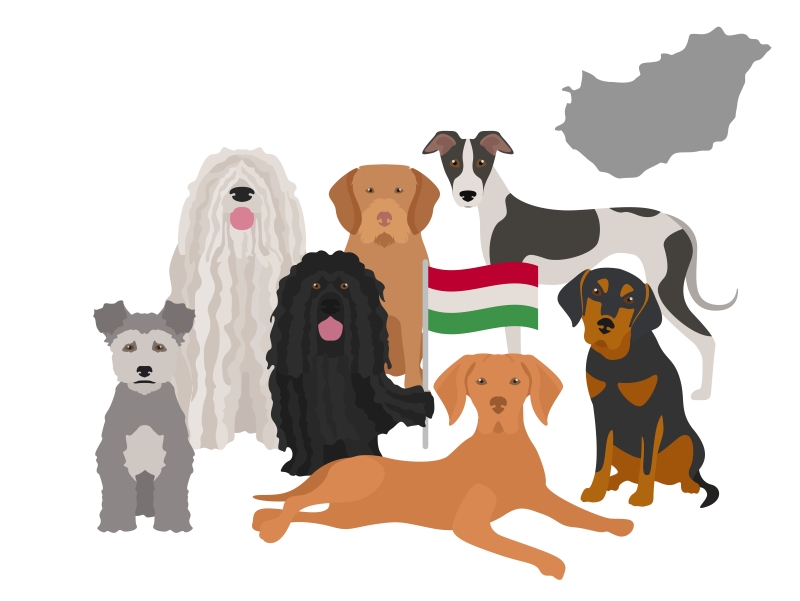 Komondor or the Hungarian sheepdog is a large, white-coloured dog with a long, corded coat. Komondors have a natural guardian instinct to guard livestock and other property. The Komondor breed has been declared one of the country’s national treasures. Komondors are sometimes referred to as “mop dogs”; the corded white coat of the Komondor is about 20-27cm long resembling dreadlocks – or a mop.

The Kuvasz is another ancient livestock dog breed. This large, white dog is intelligent, intensely loyal and patient. They are strictly working dogs who think and act independently, so they are for experienced handlers only. During the 15th century, the Kuvasz became a popular and prized animal; King Matthias Corvinus was especially fond of them. Later, their popularity waned and by the end of World War II, nearly all of them were killed by invading soldiers, as they had the reputation of protecting their owners. After the near extinction, however, breeding continued

The Magyar Agár is a sighthound originating in Hungary and Transylvania. They have a long, elegant body and a wedge-shaped head. The breed is affectionate and docile and usually well behaved around children. The Magyar Agár is easy to train, intelligent and their adaptability means that they can live comfortably in apartments as well as outdoor kennels.

The Mudi is a herding dog breed, closely related to the Puli and Pumi. The dog’s coat is wavy or curly. The Mudi is a versatile farm dog, clever, keen, active and very loyal. The breed can live outdoors and indoors as well, but it needs lots of exercise.

The Puli is a small herding and livestock guarding dog known for its distinctive corded coat. The curls are similar to the dreadlocks of the Komondor. The colour of the Puli is usually black, but there are gray and cream Pulis as well. The breed is intelligent and active. They do best when they can live outdoors, because they need lots of exercise. The Puli is friendly and good with children, but it is also a sensitive breed. Facebook founder Mark Zuckerberg owns a Puli, its name is Beast and it has its own Facebook page.

The Transylvanian Hound (Erdélyi Kopó) is also an ancient dog breed. The strong, medium-sized dog was used for hunting. It has a black body with tan and white markings on the muzzle, chest and extremities. Its tan eyebrow spots are distinctive features. Its coat is dense and shiny. The ancestors of the hound came with the invading Magyar tribes – just like the Kuvasz. Although a popular and widespread hunting dog, it was almost extinct at the beginning of the twentieth century. The Transylvanian Hound is able to tolerate rough weather conditions. The breed is courageous and good-natured.

The Vizsla is a medium-sized sporting dog, a natural hunter and a very trainable dog. They are lively, gentle, affectionate, fearless, and sensitive. They are robust and strong, but lightly built and lean. Their coat is a solid golden-rust colour, but their coat is not thick enough for them to be kept outside. The Vizsla forms a close bond with its owner, children, even strangers. They are excellent swimmers and as all hunting dogs, they need lots of exercise to remain healthy. A close relative of the Vizsla is the Wirehaired Vizsla. Their coat is wiry, strong and dense and they have strong eyebrows. 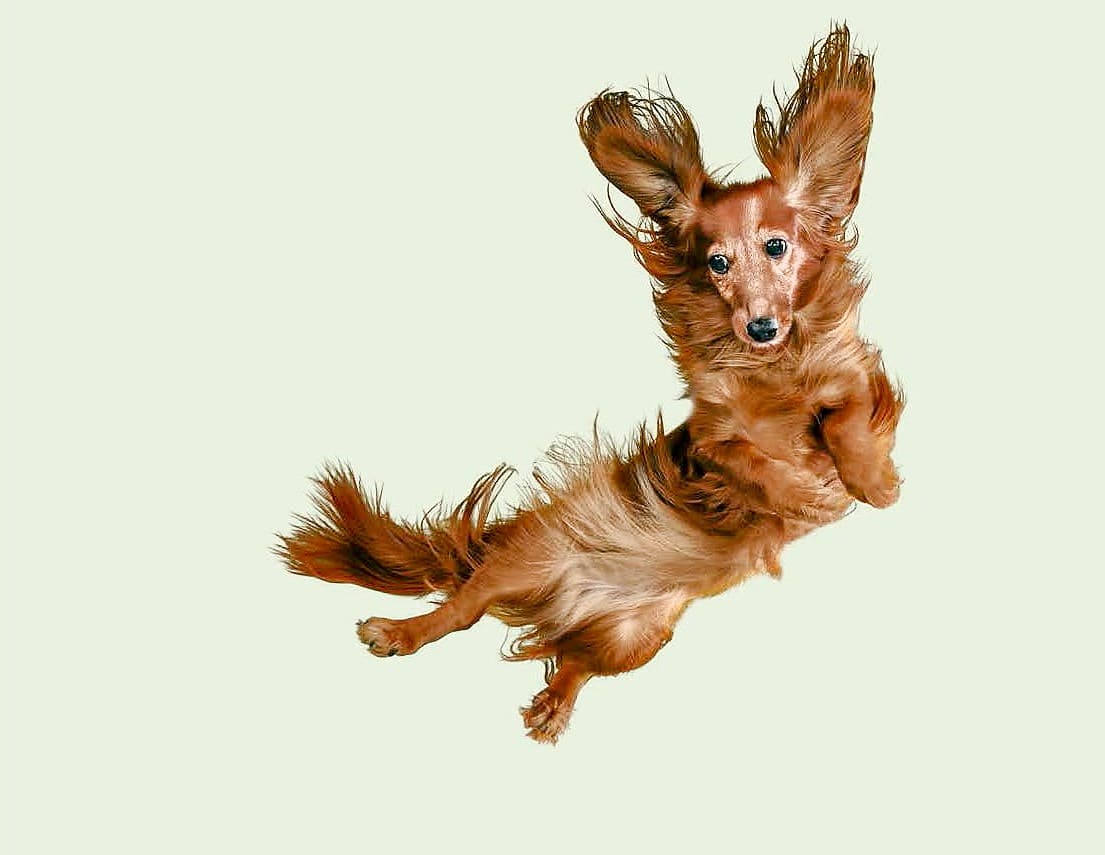