Jackie Chan is one of the most recognized cinematic stars in the world. This lovable Hong Kong actor has long kept audiences on the edge of their seats with his death-defying stunts and unique style of comedic martial arts.

This is Jackie Chan’s life story. From bullied child actor to the acrobatic martial artist who continually puts his life on the line to keep our eyes fixed on the screen.

Early life and a challenging education

Jackie Chan was born in Hong Kong on April 7th, 1954. Born as Chan Kong-sang, he was the only child of poverty-stricken parents – both refugees from the Chinese Civil War.

The small family lived in the Victoria Peak district, a prestigious area in Hong Kong but they lived in the servant quarters while his father worked as a cook and his mother as a housekeeper for the French Ambassador.

As an abundantly energetic child, Jackie earned the nickname “Pao-Pao”, meaning Cannonball. To put his energy to use, Jackie’s father would wake him up early and they would practice Kung Fu together. The hard work and practice required by this martial art taught Jackie the value of strength, patience, and respect.

While his fighting skills began to take shape, his academic skills fell short. Being dyslexic, he failed his first year at Primary school and was left behind. But his potential in Kung Fu led his father to enroll him at the China Drama Academy, a Peking Opera School. It was a ruthlessly competitive place where training would last 18-19 hours a day. Jackie wasn’t a particularly good pupil, and would often get into trouble.

Between his rigorous training periods, Jackie was bullied by the other kids, as he was visibly afraid of them. This was until he finally stepped in to save another student from being bullied too. His courageous act ended his own hardship, teaching young Jackie the importance of helping others.

Over the span of 10 years, Jackie learned martial arts, acrobatics, singing and acting – but at a painful price.

“Everyday, we would train from dawn to midnight and anyone caught taking it easy, would be whipped and starved.” – Jackie Chan 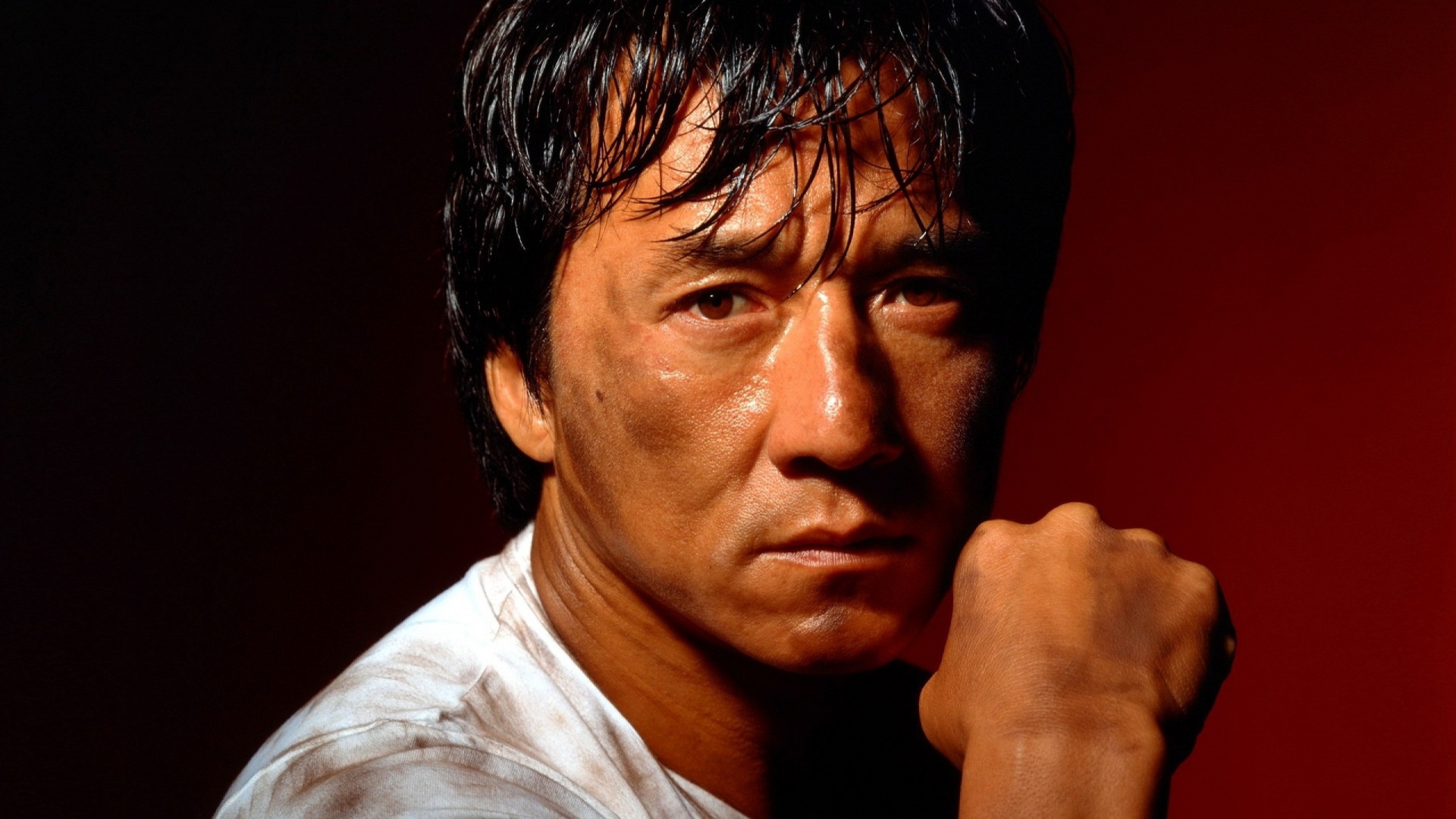 Acting and dreams of stardom

In order to keep their jobs, Jackie’s parents left to work at the American embassy in Australia. This left 7-year-old Jackie alone in Hong Kong to study.

Jackie would later reveal that his father was a spy and had to hide in Australia, his mother following soon after so they could fund Jackie’s attendance at the Pekin boarding school.

At the age of 8, Jackie became part of the “Seven Little Fortunes”, a group of children from the Academy who would be lent as extras in Chinese movies. Excited, Jackie played his parts with diligence.

At 17, Jackie Chan graduated and continued his trade as a movie extra and stuntman for various Chinese productions. Movie after movie, Jackie chased his dream of making it big.

“Don’t give up”, he told himself. “One day you will succeed.”

Gradually, his efforts began to show promise. Jackie Chan was quickly becoming known for his willingness and ability to perform death-defying stunts, his seemingly fearless jumps and falls turning heads in the industry.

In 1971, he was signed on to work as a stunt double for films featuring none other than Bruce Lee himself. Jackie was starstruck as he stood behind the camera, watching Lee deliver lightning-fast blows.

At one point, Bruce accidentally hit Jackie in the head with a stick while filming. The young actor recalls taking the opportunity to pretend he was in serious pain, in an effort to keep Bruce’s attention on him for as long as possible. This mishap opened a conversation between the two, and Bruce took a liking to Jackie, teaching him a few moves of his own.

In 1973, after Bruce Lee’s tragic death, Jackie Chan snagged his first starring role in Little Tiger of Canton. It had a limited release, resulting in underwhelming viewership. So he took a break from acting and went to join his parents in Canberra, Australia.

While there, he briefly enrolled at Dickson College to learn English and got a “hard and boring” job in construction. When asked for his ‘”English name”, the Hong Kong actor replied with “…Jack”, as that was the name of the man standing next to him. Years later he changed it to “Jackie”, hatching the name we all fondly recognize today.

At 21 years old, Jackie Chan was called back to Hong Kong to star in a movie called New Fist of Fury, directed by Lo Wei. His previous stunt work had finally been noticed, and so the budding star was featured in a string of Kung Fu movies.

Jackie was hurt, miserable, and forced to rethink his plan of action. He decided he didn’t want to become the “next Bruce Lee”. He wanted to be the first Jackie Chan.

With this in mind, Jackie searched for a way to be different. He recalled his childhood role models, comedians such as Charles Chaplin and Buster Keaton. Jackie brought realistic behaviors into action-packed scenes and made them hilarious. By doing this, the genre of comedic Kung Fu was born.

His first big successes came in 1978 with Snake in Eagle’s Shadow, where he reportedly knocked out a tooth. It was followed by Drunken Master, in which he almost went blind.

Regardless of his injuries, Jackie was grateful to have been given creative freedom over his work. He worked tirelessly with the director to find a balance between slapstick comedy and fierce martial arts. This new perspective resulted in a refreshing take on Kung Fu movies – which soon shot Jackie Chan into the spotlight.

In 1979, his debut as a director gave way to The Fearless Hyena, another huge success. He joined a new production company, breaking his previous contract with Lo Wei. Except Wei wasn’t ready to let Jackie Chan go, and sent the Triads to threaten him.

This branch of Chinese organized crime began to invade Jackie’s daily life. From being shot at when exiting a plane to being surrounded by 20 gang members while at a restaurant, Jackie was afraid for his life.

“From that moment on, I needed to carry a gun every day when I went out.”

Breaking into Hollywood and hard-earned success

By now, Jackie Chan was the highest-paid actor in Hong Kong and had reached celebrity status across Asia. He was “too famous” to be touched by the Triad and the unintended feud soon settled.

In the 1980’s, Jackie Chan success had earned him full creative control over his movies. He took on more than anyone on the set, from directing to performing the theme songs. But Asia wasn’t the limit. Jackie wanted to make it in Hollywood.

That same year, his production company sent him to the States to try his luck in the Hollywood flick The Big Brawl. Unfortunately, it didn’t take off. Neither did any of the following movies he starred in while there.

Jackie Chan’s underwhelming English skills were getting him nowhere in the States. So he returned to Hong Kong and worked as a director/producer for his own movies. He became the youngest person to act as a stunt coordinator, opening a school for enthusiastic newcomers and training them himself. His innovative stunt methods set a new standard for Chinese movies, which to this day attribute their international success to Jackie Chan’s pioneering tactics.

Undeterred in his dream to become an international star, he returned to the States more than 10 years later. In 1995, his role in Rumble in the Bronx became his doorway to the hearts of the American audience. He broke his ankle during filming. Although after having broken his nose, cheekbones, fingers, knee, shoulder, chin, dislocating his pelvis and cracking his skull – a broken ankle didn’t seem like much.

Since then, Jackie Chan has starred in a series of blockbusters which finally put him on the Hollywood A-list. From Rush Hour to Kung Fu Panda, his roles have continued to entertain audiences worldwide.

At home in Hong Kong, he continued making movies that he knew would delight his fans, his innovative way of filmmaking and marketing setting the stage for countless Chinese action-comedy movies to follow.

Over the years, Jackie Chan’s tireless creativity is reflected in his action-packed films and valuable contributions as a writer, stunt coordinator, and even singer. Looking back on his harsh childhood training and countless movie failures, Jackie Chan can’t help but smile. He doesn’t regret any of his hurdles, as one way or another, they all inspired him to think differently and work even harder.

Although Jackie Chan never learned to fully read or write, use a computer, or fully lose his fear of public speaking  –  he never stopped pushing his limits. He now speaks seven languages, contributes millions of dollars to philanthropic causes, and is a creative entrepreneur with a desire to “do one good thing every day”.

With his cheeky smile and worn-out jeans, the simplicity and can-do attitude of this avid soccer fan is nothing less than charming. He shares his words of wisdom to others in imperfect English, hoping to inspire someone to keep fighting for their dreams. When asked how anyone can get to where he is now, Jackie smiles and simply says, 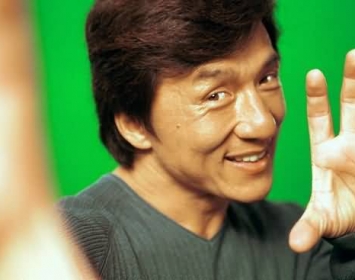 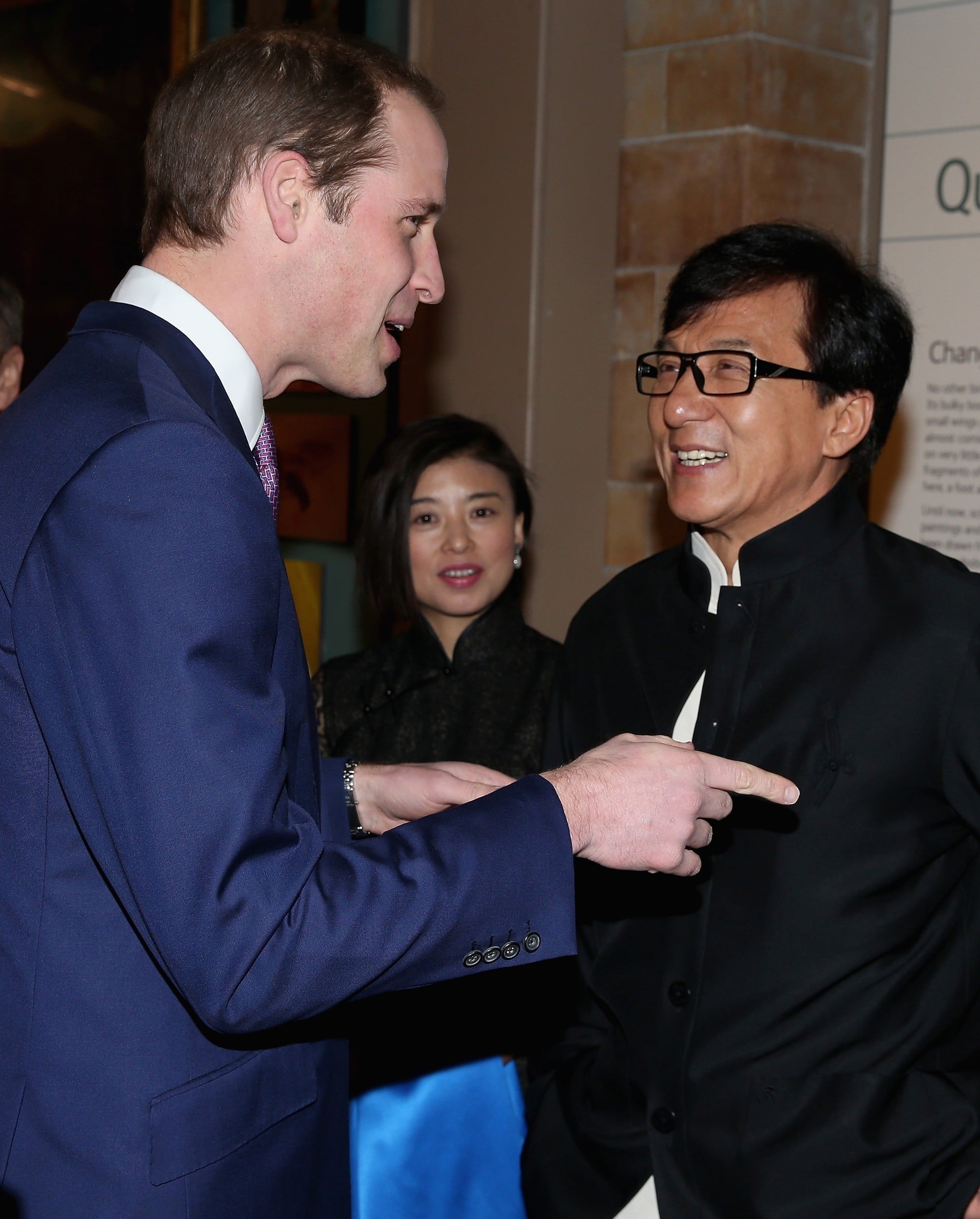