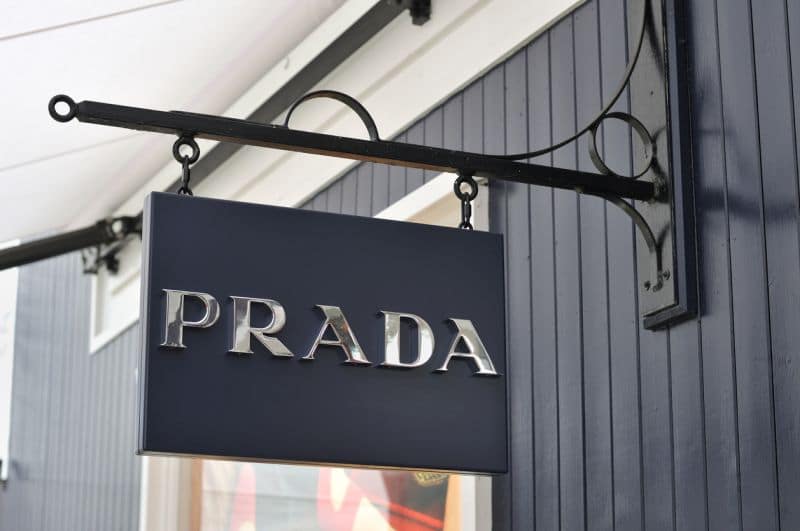 Nigel: Okay. Now, Chanel. 6. You’re in desperate _____of (a state of strongly wanting something) Chanel. Darling, 7. ______ we? (make a suggestion) We have to get to the beauty department, and God knows how long that’s going to take.

Emily: I mean, I have no idea why Miranda hired her.

Sue: Me, neither. The other day, we were in the beauty department. She held up the Shu Uemura eyelash curler and said, “What is this?”

Emily: I mean, I just knew from the moment I saw her- she was going to be a complete and utter disast-

Emily: How did- Are you wearing the Ch-

Andy: The Channel boots? Yeah, I am. 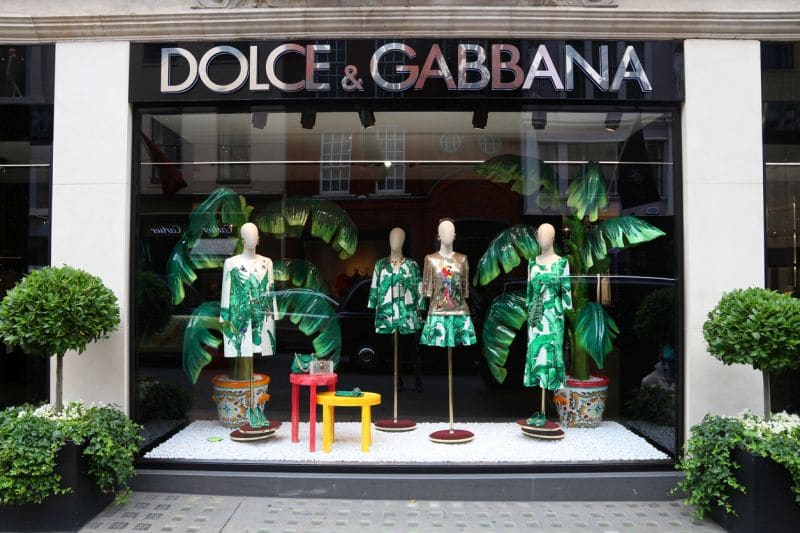 Dolce and Gabbana – clothes, accessories, parfume
Domenico Dolce was born in Polizzi Generosa (near Palermo, Sicily) on 13 September 1958. His family owned a small clothing business, where Domenico worked from childhood. Stefano Gabbana was born in Milan on 14 November 1962. He studied graphics but soon turned to fashion. After a brief period working as assistant designers, they founded the Dolce & Gabbana label, which had its first runway show as part of the New Talent group in Milan in 1985, upon the invitation of Italian fashion promoter Beppe Modenese.
In 1986 they produced their first collection, called “Real Women.”

Dolce and Gabbana are considered the inventors of a Mediterranean style that draws its inspiration from the Sicily of Luchino Visconti’s 1963 film ‘The Leopard’ and the women of Italian realism, sensual and austere. At the beginning of their career, the designers also turned to Sophia Loren, Claudia Cardinale, and Stefania Sandrelli for inspiration. The designers’ models are soft, round, and full-figured. At a time when fashion saw women as executives in two-piece suits with padded shoulders, Dolce & Gabbana’s first collection included tulle and angora, twin sets in jersey, lace, and soft, wide, extravagant skirts. Their favorite materials were crocheted lace, wool, and silk.

The turning point in their international success began with their friendship with Madonna. The pop star ordered from their New York showroom a guêpière (corset) made of gemstones and a jacket to wear at Cannes to launch her film ‘Truth or Dare: In Bed with Madonna’ by Alek Keshishian (1990). Madonna’s participation in the 1992 D&G party and runway show publicized their friendship. Shortly after, the singer asked them to design the fifteen hundred costumes for her 1993 “Girlie Show” tour.
In 1994, for example, after producing corsets, girdles, T-shirts, and styles emphasizing breasts and revealing cleavage, Dolce & Gabbana introduced a “Sapphic chic” masculine style for women characterized by short hair slicked down with brilliantine, which was exemplified by one of their earliest fans, Isabella Rossellini. The two designers have the ability of being able to mix periods and countries, masculine and feminine looks, fabrics and styles. 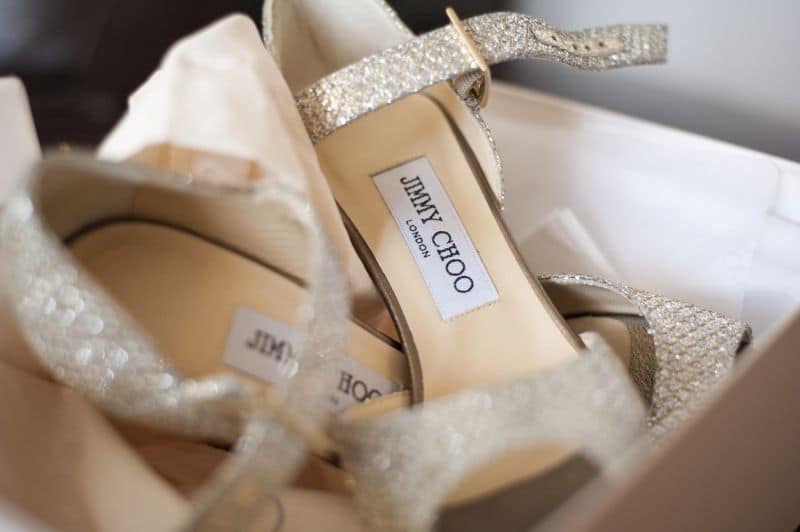 Jimmy Choo – shoes, accessories
In 1986 Jimmy Choo, a Malaysian-born cobbler, opens a made-to-order shoe boutique in London’s East End for private clients, including Princess Diana.
In 1996 with a £150,000 loan (or $365,000 today) from her father, former British Vogue accessories editor Tamara Mellon and Choo launch Jimmy Choo Ltd.
In 1997 Jimmy Choo opens its first boutique on London’s Motcomb Street. That same year, Diana is photographed on the red carpet wearing Jimmy Choo slingbacks. In 1998, the first U.S. store opens in New York, where the shoes start at about $300 a pair.
In 2000 In Season 3 of Sex and the City, Sarah Jessica Parker’s Carrie Bradshaw has a Cinderella moment while running for the Staten Island Ferry and exclaims, “I lost my Choo!”
In 2009, at her husband’s first inaugural ball, Michelle Obama steps out in Jimmy Choo heels—now on display at the Smithsonian.

If you were regularly watching ‘Sex In The City ‘during its original run, you might have noticed the main character Carrie Bradshaw’s particular love for Manolo Blahnik high heel shoes.  It was arguably a great free plugging of Manolo Blahnik shoes from the long-running TV show.

Manuel Blahnik Rodriguez was born in Santa Cruz de la Palma, (Canary Islands) Spain, on November 27, 1942. He moved to London in the late 1960s and worked at a fashion boutique named Zapata. This was located on the city’s Old Church Street.

In 1969, Blahnik started working in NYC with the store Zapata. The designer first began to make men’s shoes, but eventually found the designing styles too limiting for his comparatively adventurous taste and imagination. Blahnik’s break came in 1972 when the English designer Ossie Clark invited him to create shoes for his upcoming fashion show. However, Blahnik wasn’t too keen on the wedge-like designs so he turned his focus onto making stilettos. His shoes stood out from the rest, and stilettos have become Blahnik’s permanent design ever since.

He has shops all over the world but his headquarters remain on Old Church Street in London.

His high heels found high-profile fans in Madonna, Victoria Beckham, Rihanna, Kristen Stewart (as her Twilight character Bella Swan wore a pair of Blahniks at her wedding) and Sarah Jessica Parker. Hollywood’s A-listers continue to love his shoes because his name is still synonymous with quality, originality, and elegance.

Nancy Gonzalez – handbags
The name Nancy Gonzalez has become synonymous with luxury and color. Her exquisite handbags, known for vibrant hues and exotic skins, are handcrafted by local artisans in her native Colombia..

Coming from Cali, Colombia, Santiago and his mother founded the Nancy Gonzalez handbag brand in 1998. The family-owned label is known for its genuine crocodile designs in bold colors, which upscale department stores such as Neiman Marcus, Harrods, Saks Fifth Avenue, and Bergdorf Goodman carry for selling.

Gonzalez debuted her first collection in 1998 at Bergdorf Goodman. Since then, the thoroughly modern yet timeless accessories have become the favorites of celebrities like Hayden Panettiere, Sofia Vergara, Blake Lively and Elizabeth Hurley.

As Nancy Gonzalez herself puts it, “I incorporate elements into each piece that make us smile; a color, a texture, a detail, a surprise.” Colombian symbols and patterns, such as shells and Amazonian butterflies, adorn many pieces in her collection. Other designs incorporate small aesthetic twists, including bamboo-patterned handles and “guitar straps.”

Rodriguez was born in 1961, in Newark, New Jersey, to immigrant parents from Cuba. Rodriguez believes his career inspiration have been the Latina females around him: his mother, aunts and extended family. Although the women didn’t have the know-how of luxurious fashion, they had an amazing style and looked naturally beautiful at any age.
His first triumph was the bias-cut wedding dress he designed for close friend and co-worker Carolyn Bessette, when she married the late John F. Kennedy Jr. The dress has become iconic, and has drawn international attention. One year later, Rodriguez was honored as Best New Designer at the Vogue/VH1 Fashion Awards in New York, and has received numerous awards since then.

But, despite all the critical acclaim and his relations with the most outstanding and glamorous people of the world, Rodriguez has not forgotten his roots. He points to his parents as his inspiration in life, and the Cuban culture as an inevitable influence in his choices of color and cut. This freshness and honest elegance have caught the eye of socialites and Hollywood stars–among whom Sarah Jessica Parker, Julianna Margulies, and Claire Danes could be mentioned–who have chosen Rodriguez as their number one designer.
On November 4, 2008, to celebrate her husband’s victory as president-elect, Michelle Obama wore a black dress with splashes of red. Who’s the designer? Cuban-American Narciso Rodriguez. 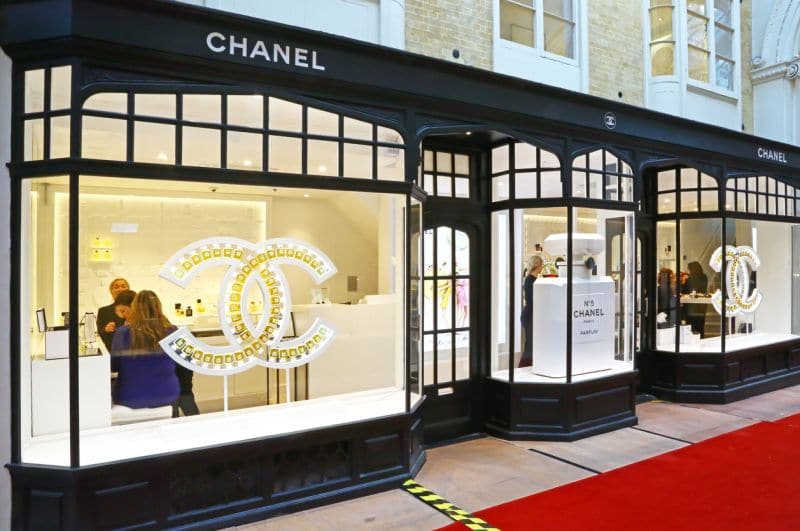 Fashion designer Coco Chanel is famous for her timeless designs, trademark suits and little black dresses.
Coco Chanel was born Gabrielle Bonheur Chanel on August 19, 1883, in Saumur, France. At age 12, after her mother’s death, Chanel was was raised by nuns who taught her how to sew. She had had a brief career as a singer before she opened her first clothes shop in 1910.
In the 1920s, Chanel took her thriving business to new heights. She launched her first perfume, Chanel No. 5, which was the first to feature a designer’s name. Perfume “is the unseen, unforgettable, ultimate accessory of fashion. . . . that heralds your arrival and prolongs your departure,” Chanel once explained.
In 1925, Chanel introduced the now legendary Chanel suit with collarless jacket and well-fitted skirt. Her designs were revolutionary for the time—borrowing elements of men’s wear and emphasizing comfort over the constraints of then-popular fashions. She helped women say goodbye to the days of corsets and other confining garments.

Another 1920s revolutionary design was Chanel’s little black dress. She took a color once associated with mourning and showed just how chic it could be for evening wear.
It was the outbreak of World War II that led her to close her business. She fired her workers and shut down her shops.
At the age of 70, in the early 1950s, Chanel made a triumphant return to the fashion world. She first received scathing reviews from critics, but her feminine and easy-fitting designs soon won over shoppers around the world.
She herself became a much revered style icon known for her simple yet sophisticated outfits paired with great accessories, such as several strands of pearls.
In January 10, 1971 Chanel died in her suite at the Hôtel Ritz in Paris at the age of 87.
Later moving onto the creative guidance of Karl Lagerfeld in 1983, an extraordinary designer who demonstrated how to make the stylistic codes of the fashion house contemporary without ever betraying Gabrielle Chanel’s vision.

“Makeup is fashion for the face”

Beyond a makeup artist, Mr. Shu Uemura was a pioneer, an innovator, a visionary.

Born in Tokyo in 1928, he was the first Japanese makeup artist in Hollywood. He was striving to liberate beauty with his cutting-edge makeup artistry born from unimaginable creativity, producing high-quality products and crafted-in-japan quality tools that have been astonishing the world ever since.

To this day, Shu Uemura conveys a uniquely Japanese sensitivity towards beauty: an obsession with quality, precision, attention to details, while expressing its Japanese heritage with modernity. These are the origins of his unwavering passion as a beauty innovator.

Shu Uemura’s tools are not only a means to achieve makeup perfection, they are true masterpieces in terms of design and aesthetics, allowing artists to express their talent and creativity with ease and precision. They are the extension of the artist’s fingers and are designed to snugly fit into the artist’s hand. Carefully crafted in Japan, with bristles cut and shaped with utmost precision, they are the expression of ultimate Japanese mastership and quality.

VICTORIA BECKHAM collects OBE for services to fashion and charity