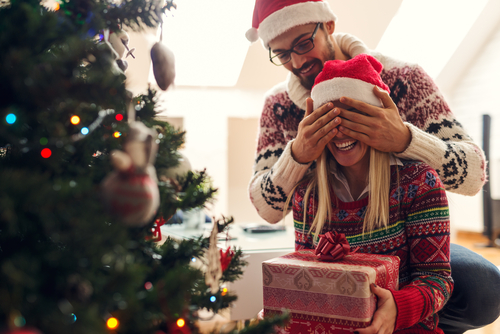 Christmas, which is celebrated on December 25, is one of the biggest celebrations of the year in many countries around the world. Christmas is a very important day for the members of the Christian religion because it commemorates the birth of Jesus Christ. At church services around the world, people retell the story of the birth of Jesus in the manger in Bethlehem. In many countries the Christmas season actually lasts for almost a moth. Streets, squares, homes and shopsare decorated and illuminated everywhere.

In Hungary the Christmas tree is decorated on Christmas Eve. In addition to the usual decorations, Hungarians also put fondant candies on and under the tree. According to the Hungarian tradition, the Christmas presents are brought by baby Jesus, although some families (who belong to other religions or atheists) follow the Santa Claus tradition, which was promoted also by the communist government that ruled until 1990. Typical Hungarian Christmas dishes include: fish soup or bouillon, stuffed cabbage, roast turkey with stuffing, and the famous poppy seed or walnut rolls, which is a traditional Hungarian pastry, mostly eaten during the winter holidays. It is basically a kind of sweet bread, known as ‘beigli’ in Hungary. During the last few decades other variants (such as chestnut, plum jam, prune, or even cocoa) have become popular, too.