Australia’s oldest man has spent a lot of his days knitting sweaters for little penguins.

The jerseys were requested from Victoria’s Phillip Island Penguin Foundation in 2013, to assist the survival of little penguins after an oil spill. Little penguins are a species of penguin only found in southern Australia and New Zealand, with a lone colony of 32,000 remaining on Phillip Island.

The 110-year-old Alfred Gate (born 8 November 1905), who lives in a retirement home on the New South Wales Central Coast, was asked by two nurses to help make the sweaters, as they had heard he was an experienced knitter. It was a request he could not refuse. Using heavy wool provided by the nurses, Alfie put his 80 years of knitting skills to good use and got to work.

The self-taught knitter, who refined his skills after making a baby jacket for his nephew in the 1930s, has seven children and 20 grandchildren, and “about the same amount” of great grandchildren. According to a profile on The Daily Telegraph in 2014, Alfie remembers the sinking of the Titanic in 1912 and the declaration of World War I. He told a newspaper his secret to a long life is simply “waking up every morning.”

Donations of the knitted penguin outfits were received from all over the world. The foundation says this “is not a fashion statement” but instead they help the little creatures if they are affected by an oil spill. Oil can make their feathers stick together, allowing water to get to their inner layers. This causes the little penguins to get cold and not be able to hunt due to heaviness. 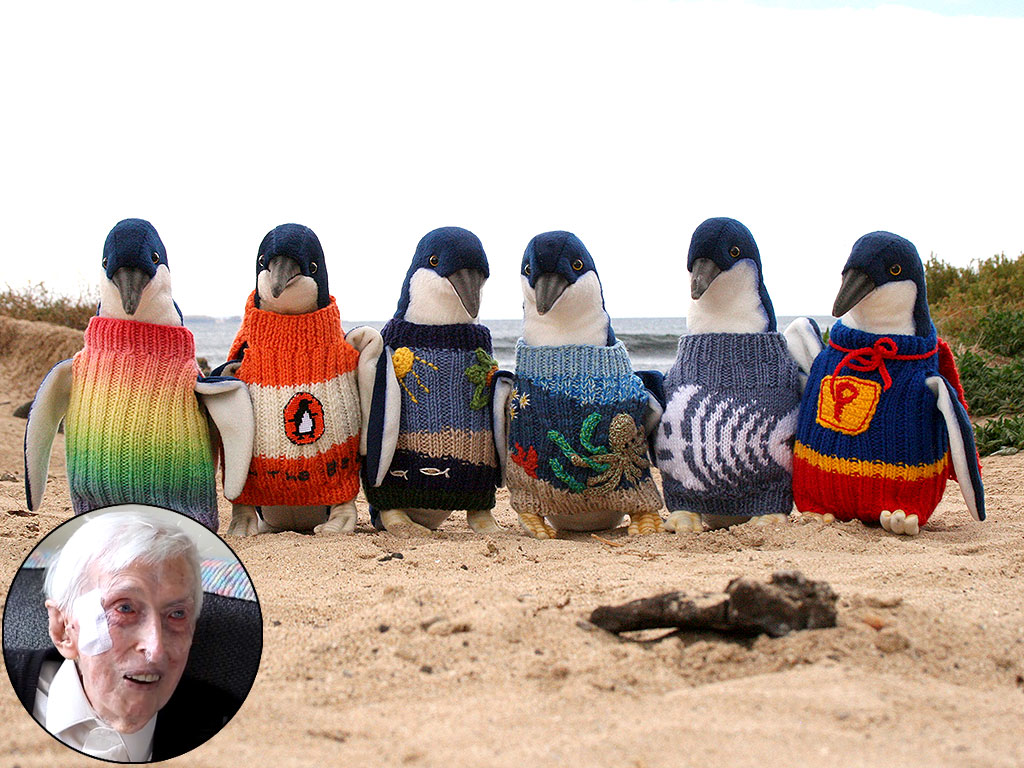 When oiled penguins arrive at the foundation, they are given a jacket to wear so that they don’t consume the toxins or preen their feathers. In 2001, 438 penguins were affected in an oil spill at Phillip Island and by using the knitted outfits, 96% of the penguins were rehabilitated at the clinic, according to the foundation’s website.

The centre currently has “plenty of penguin jumpers (sweaters) at this time donated by generous knitters across the globe” and has asked for no more donations from eager knitters.

How much do you know about penguins? Here is a short description for you. Some of the words are missing from the text. Can you fill them in from the following list of words? The words are in alphabetical order.

Penguins are (1)……….. . They use their wings to ‘fly’ underwater, but they cannot (2)…. in the air. They eat (3)……. and other sea food. Penguins live only in the Southern Hemisphere of the world: Antarctica, New Zealand, southern Australia, South Africa and South America. The furthest north they get is the Galapagos Islands. All penguins have a white (4)…….. and a dark (mostly black) back. Penguins cannot fly, but they can (5) ……. very well. They have good hearing and can see (6)………. . The white and black colours are to help them (7) …… when they swim. When a predator looking from underwater sees the white belly and wings of the penguin, they cannot see it well with the light coming from above. Seen from above, the penguin’s black back blends in with the dark water.

The biggest penguins may stand nearly 110 cm and can weigh almost 40 kg. The smallest kinds are only about 32 cm tall. Penguins have a thick layer of blubber that helps them keep (8)…….. , and their feathers are very tightly packed to make another cover. They also have a layer of woolly down under the feathers that are coated with a type of oil that makes them (9)…………. . They are at home in the ocean. They come up on the land or ice to lay their (10)…… and raise the chicks.  They usually make (11)…….. on the ground with rocks or mud. Most penguins lay two eggs per year. After the penguins mate, the mother lays her egg or eggs and soon goes in the ocean to eat. The father and mother take turns keeping the eggs warm, and of the chicks after they (12)……. . The parent on baby duty has nothing to eat. The time one parent is alone with the eggs or chicks and going hungry may be weeks or months. 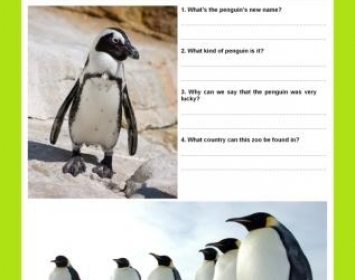 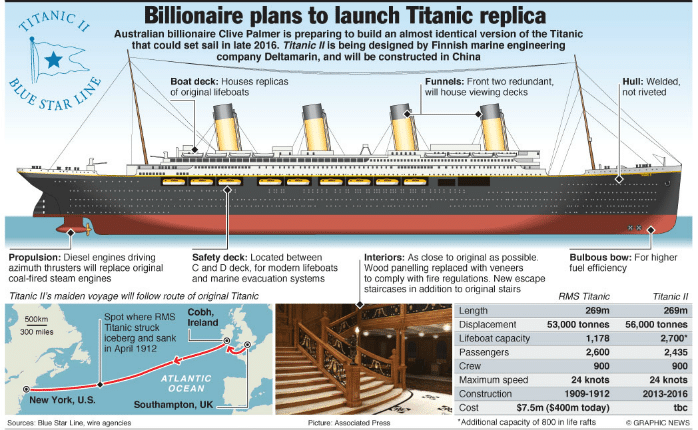 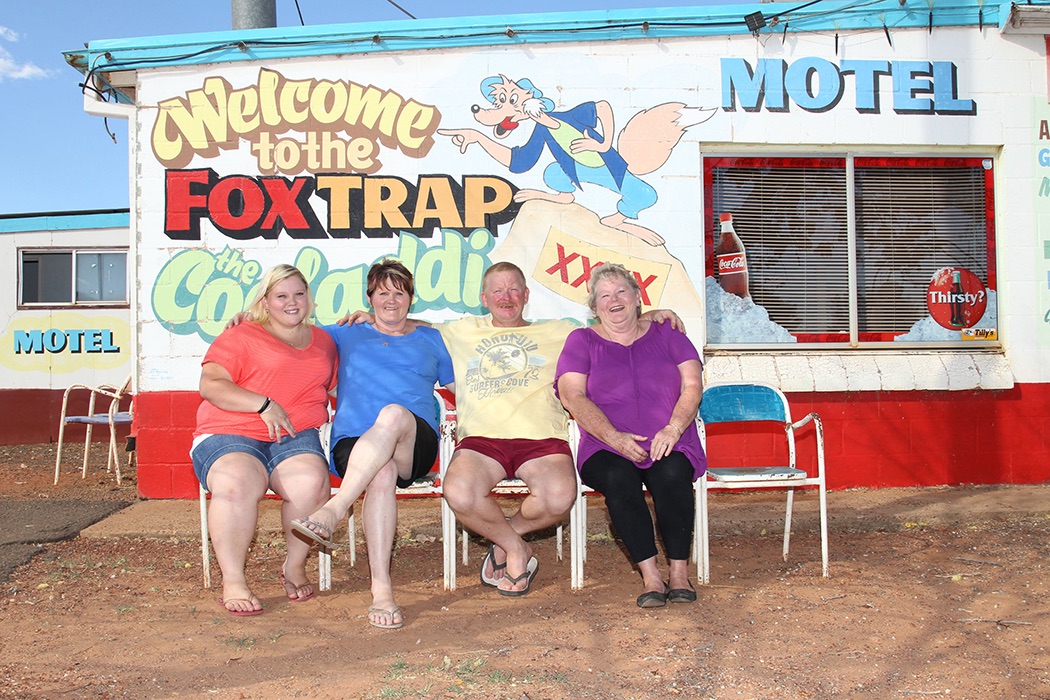 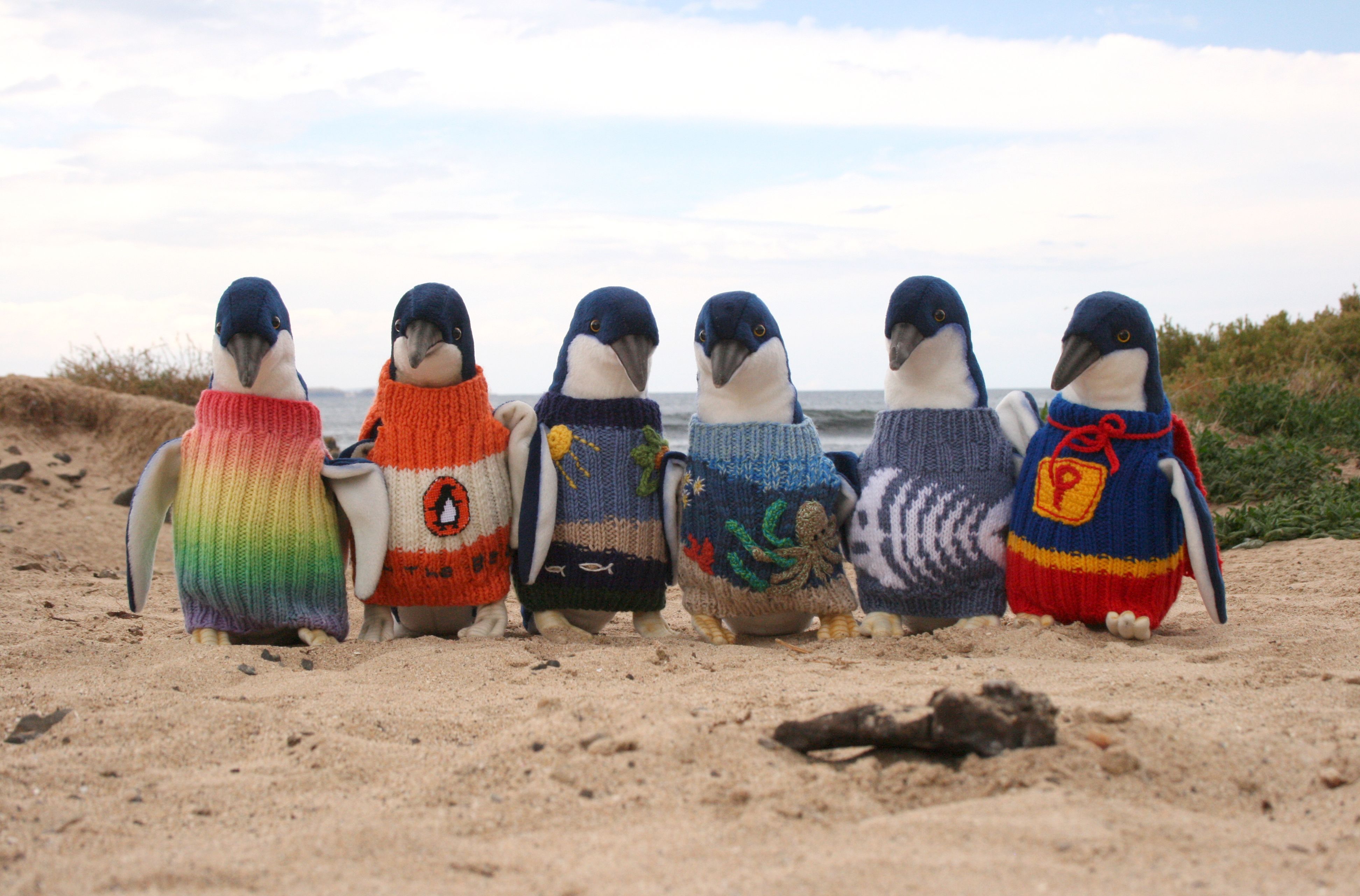