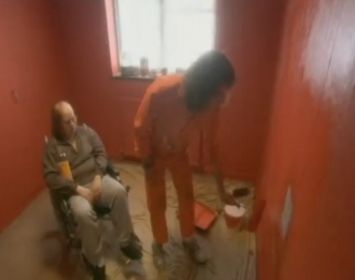 In Herby, Lou Todd has kindly offered to paint his friend Andy’s bedroom.