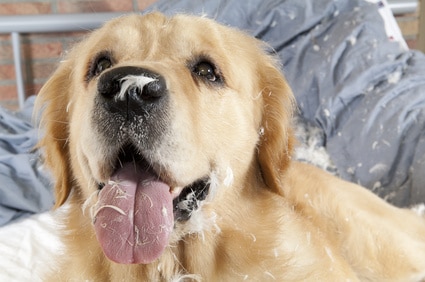 He’s big, he’s bad but rescue hound Yodie is wagging his tail with pride after being crowned Britain’s naughtiest animal. The German Shepherd and Keeshond cross can’t resist devouring the odd cushion or two, according to his owner Laura Vitty. But the Newcastle teacher can’t keep him in the dog house for long, despite him causing thousands of pounds worth of damage to her home.

"When I first saw the mess Yodie had made, I actually thought it was scrambled egg, but it’s the inside of cushions," she said. ‘It was all over the entire house – I was picking up bits of cushions for hours."

But it seems, Yodie is not the only pet terrorising his owners. More than 300 pets were entered in a nationwide contest. Snatching second place was a dog that loves to shred newspapers and magazines. Harry, owned by Kyle and Kay Gregory, from Mablethorpe, Lincolnshire, loves to leave a paper trail all over the house. 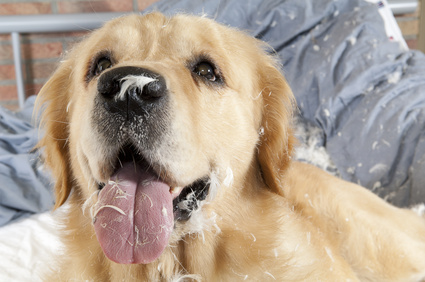 Stoops the cat stole third place for rudely drinking straight from the milk carton. The black feline, owned by Sarah Bateman, regularly opens the fridge and hops in to lick the top of the milk bottle at her Burnley home.

Their naughty antics came after a recent study found that pets are responsible for more than £1.2bn in damage to owners’ homes every year, according to the Daily Mail. Dogs are the worst culprits, with 52% of damage down to canines wrecking homes when owners are out, and crazed cats were responsible for 40%. Hamsters, rats, gerbils, rabbits, birds, snakes and micropigs weren’t innocent either, accounting for the remaining 8%. 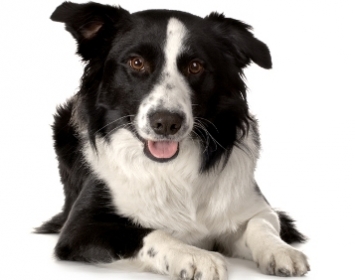 A bit of Fry and Laurie – Dog Hamper 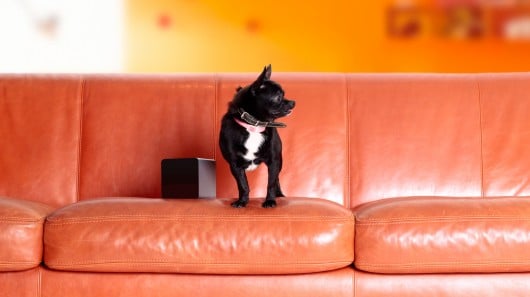