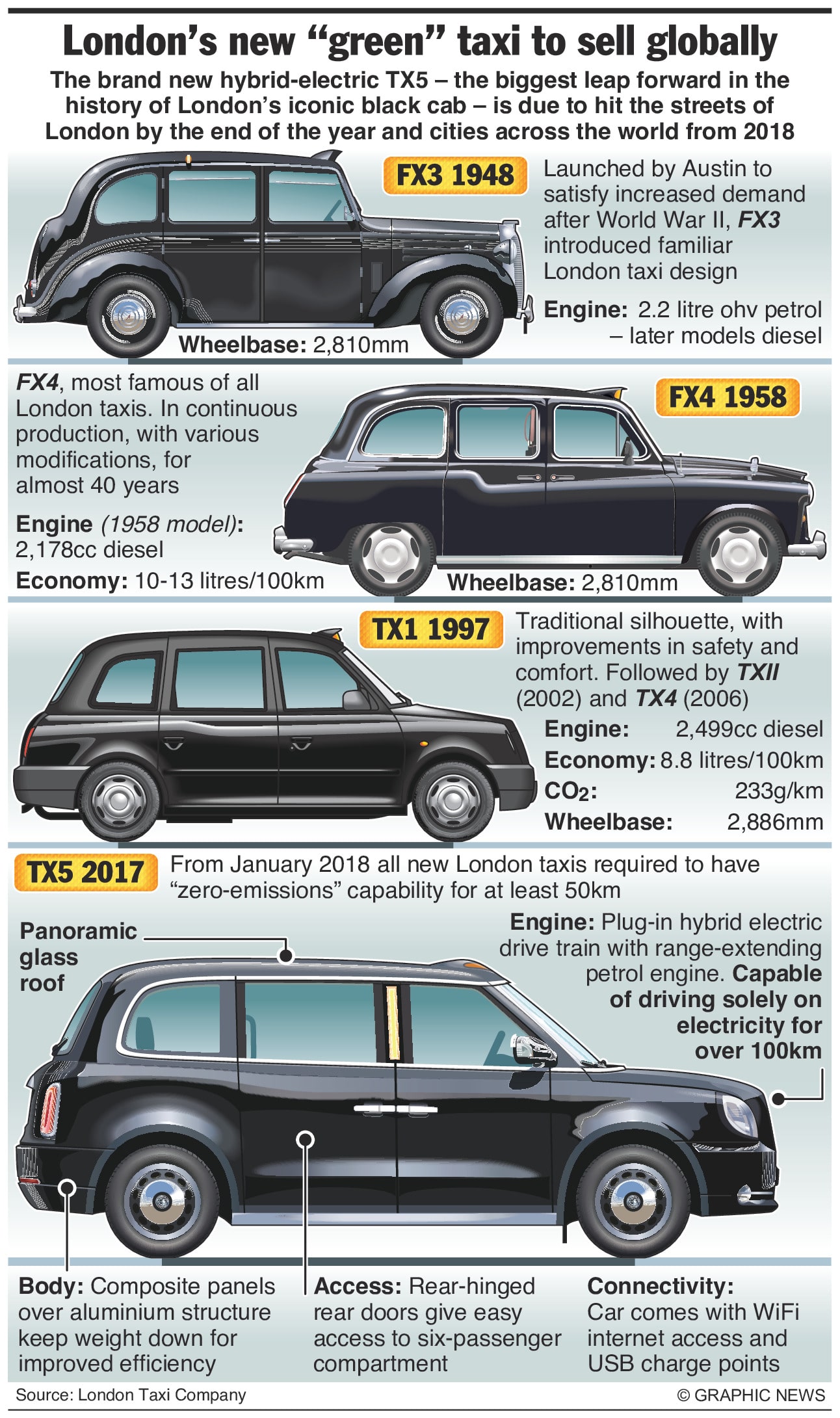 The final design for the new iconic “green” black cab that will be running on the streets of London from later this year was unveiled on Monday.

The zero emissions taxi, which has an electric battery range of over 70 miles, will be lighter, roomier and more modern – and help tackle the capital’s air pollution problem.

The next generation black cab will be more comfortable for disabled passenger, with a forward-wheelchair position and a new retractable ramp. 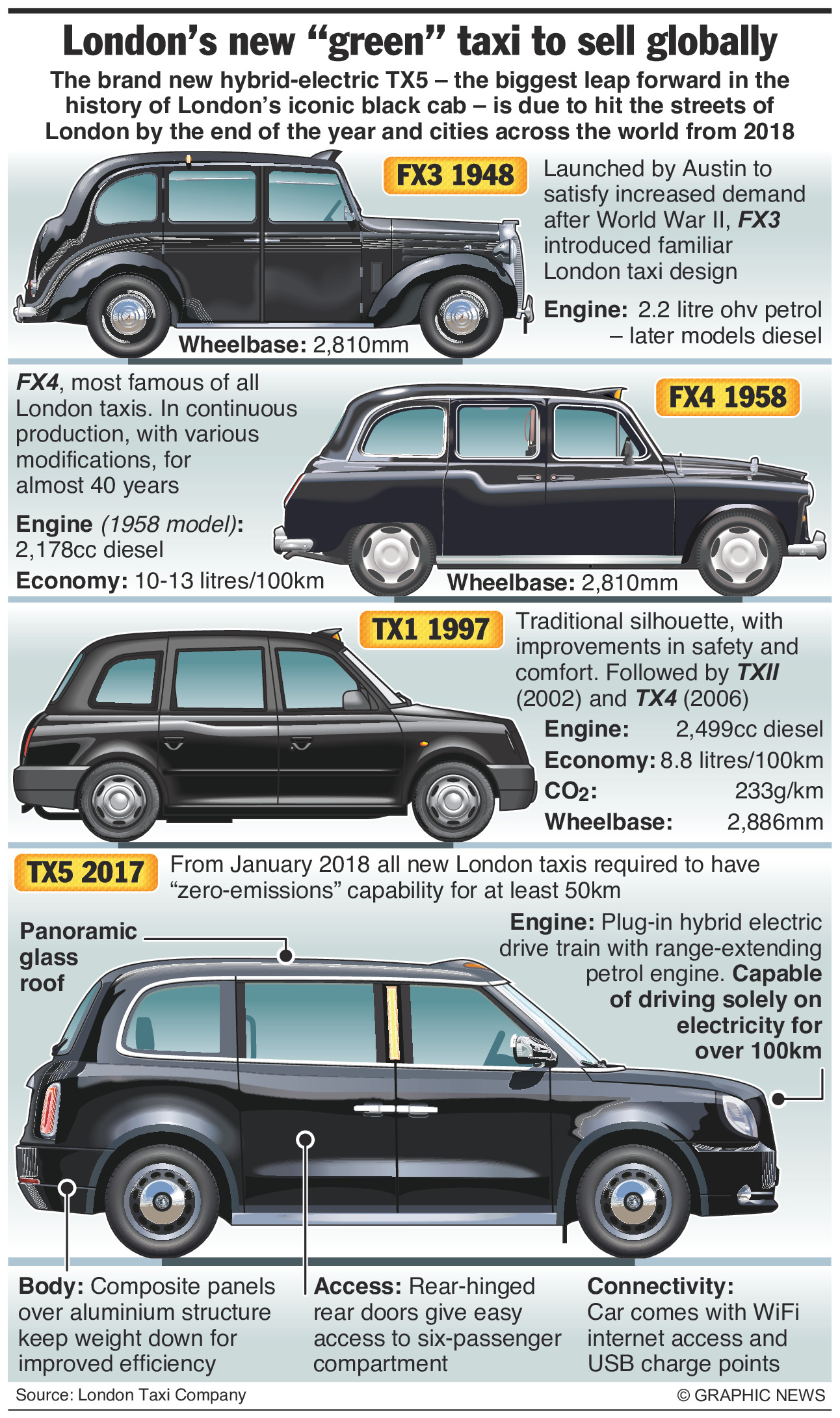 But the cab’s most innovative feature will be its electric motor, which will be backed by a petrol one which recharges the battery, making it the world’s greenest taxi.

It will also retain some of its existing features including the famous 25ft turning circle to avoid three-point turns on London’s narrow and often congested streets.

The new design draws on more than sixty years of a design that has made the black cab an iconic sight on the streets of the capital.

Former mayor Boris Johnson brought in the rule that all new cabs would have to be zero emissions capable from the start of next year.

Transport for London has committed to building dedicated taxi rapid charge points across the capital, and some drivers of older cabs will be offered up to £5,000 to take their vehicle off the road.

The London Taxi Company has not revealed the purchase cost of the new TX5 model but insists that once low running costs are taken into account it will be good value compared with the existing one. 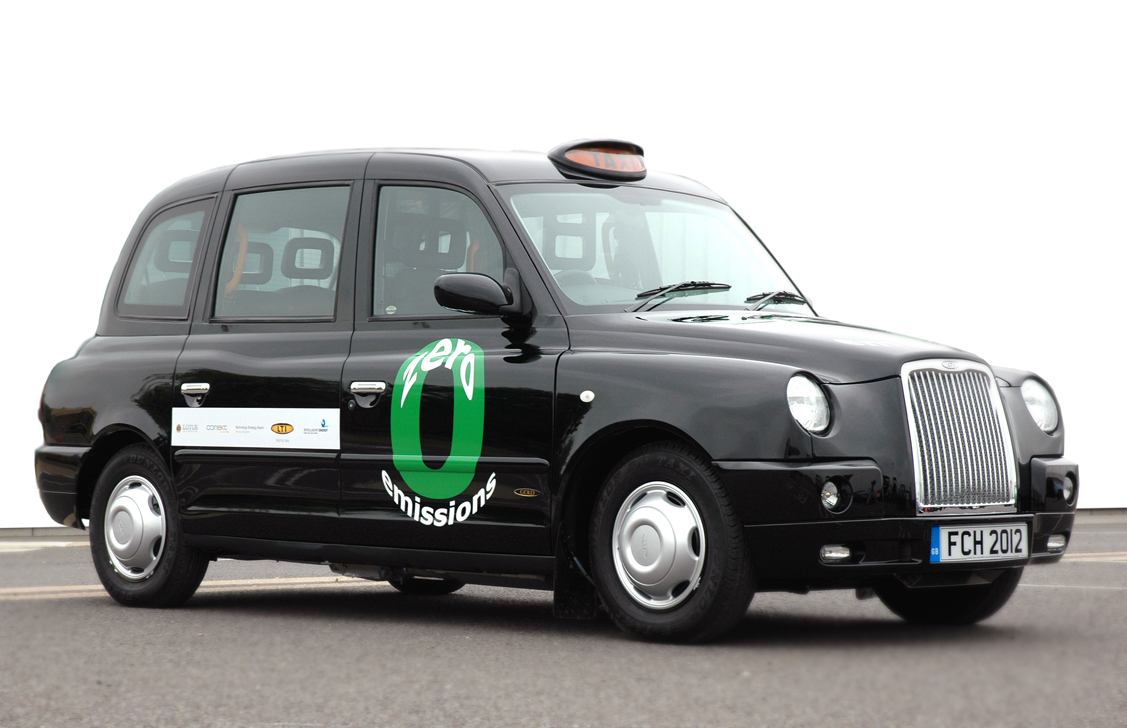 Put the words from the box into the sentences. 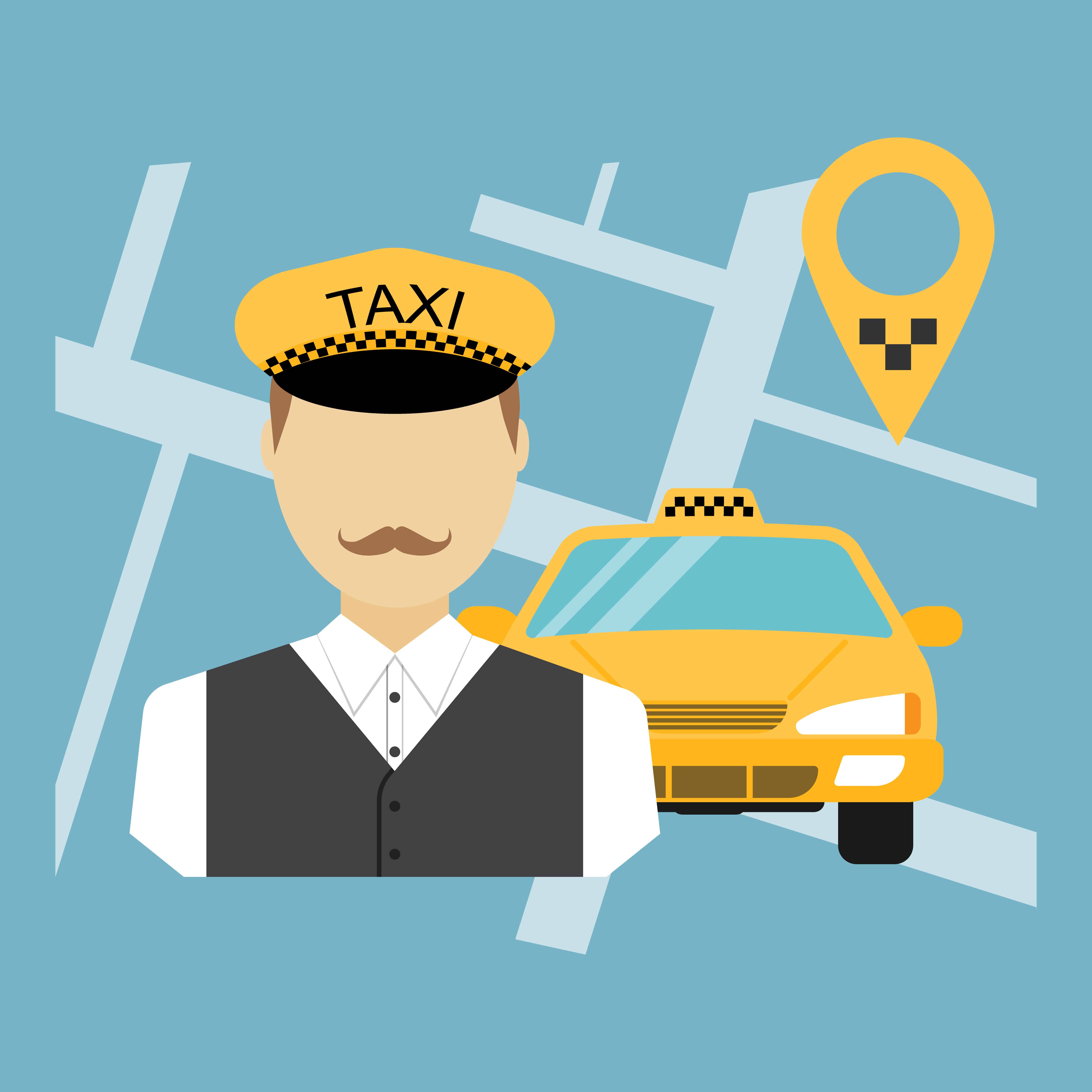 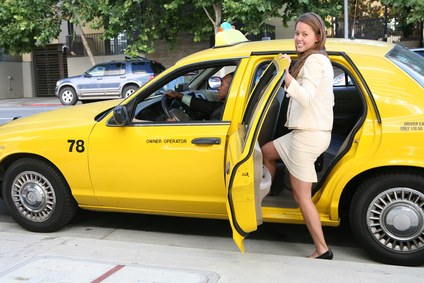 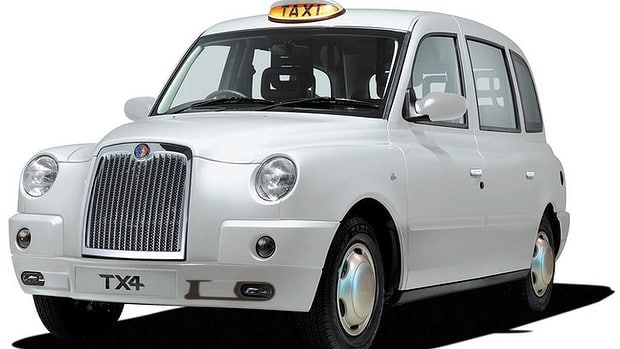