It’s 21st October 2015 and it’s  Back to the Future Day today – the date Marty and Doc crashed the future in the second of the three time-hopping sci-fi adventure films.

The sequel was released in November 1989.

And watching it back nearly 26 years later, it’s impressive to note how many tech trends it predicted, even if it also contained its fair share of misfires.

“Where we’re going, we don’t need roads…” – well, that’s one promise that didn’t work out.

Flying cars have always seemed to be just over the horizon. Boston-based Terrafugia, for example, promised to start selling a model in 2012, but is still trying to get its business off the ground.

But while BTTF was overly optimistic about vertical take-offs becoming the norm, it did nail one detail.

Listen to the sound effects used for its automobiles as they pass, and you hear the near-silent hum that’s become associated with Toyota’s Prius and other electric-powered four-wheelers.

Throwing your rubbish into a car’s Mr Fusion energy converter to provide it with power remains fanciful.

But there have been moves towards powering vehicles with waste.

Bristol and Bath recently started running buses powered by treated thrown-away food and sewage, and there are efforts elsewhere to convert agricultural waste into a petrol supplement.

Furthermore, Biff’s payment of his taxi ride with a thumb-print isn’t totally dissimilar to how we now hail cars and cashlessly pay for them using Uber, Hailo, Lyft and innumerable other pick-up services.

Even the film’s iconic hoverboard chase scene is no longer totally outlandish.

Lexus showed off a working hoverboard of its own in August, albeit one that relied on a hidden metal track being buried into the ground. More recently, skateboarder Tony Hawk was filmed trying out a rival version, called Hendo, based on similar magnet-based technology.

(The less said about non-hovering hoverboards the better.)

Barcode registration plates, however, have made little progress beyond the odd April fool. 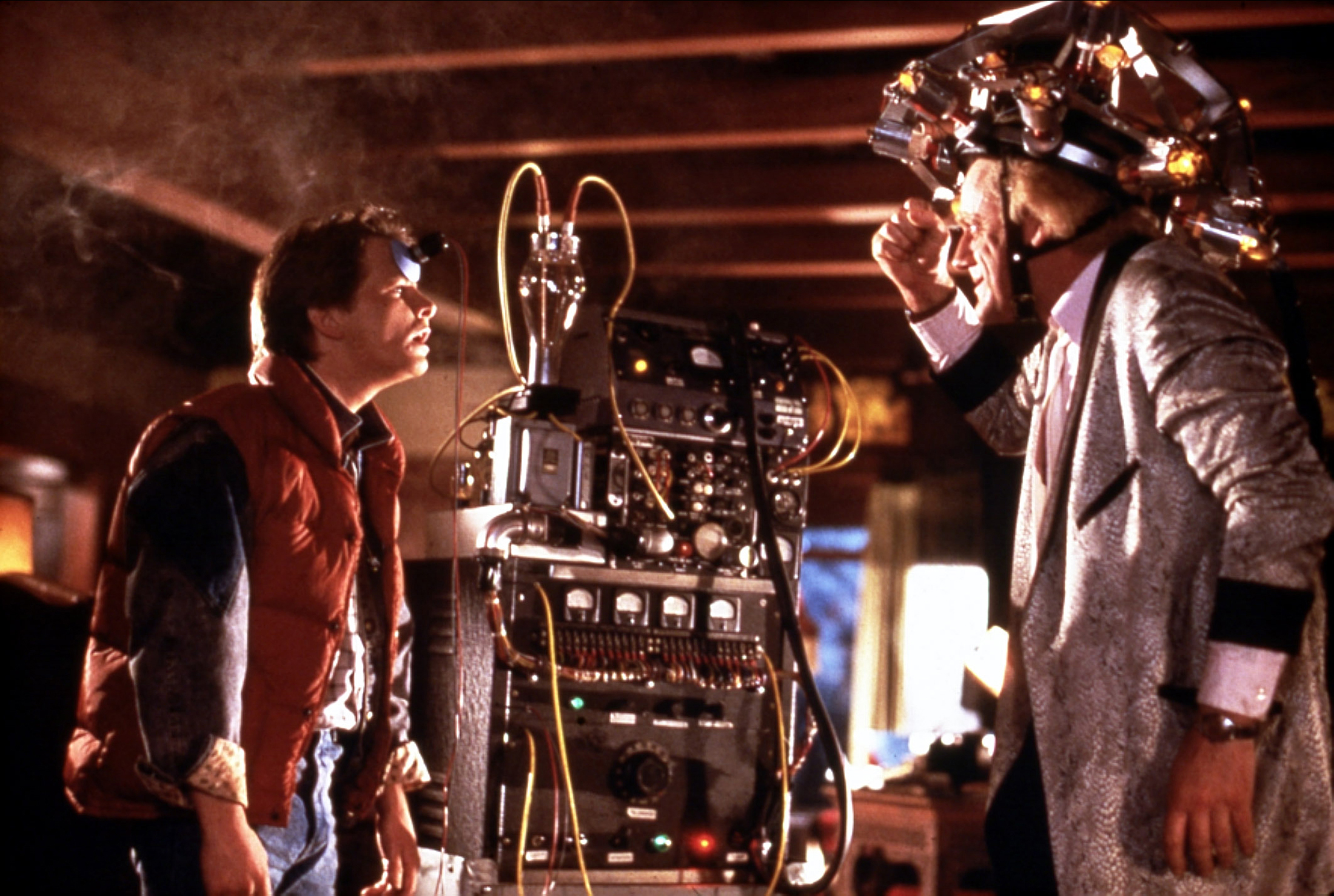 And while today’s clothes can’t yet blow-dry us when we get wet, some fashion pioneers are experimenting with weaving electronics into their fabrics.

So, BTTF’s message-flashing police hats have a parallel in CuteCircuit’s tweet-displaying dresses, and Nike has even filed a patent for self-lacing shoes similar to those featured in the film.

When it comes to our own bodily care, we can’t yet exfoliate away the years with a Doc-style “rejuvenation clinic” facial.

But the 6.7 million botox injections and 1.2 million chemical peels carried out in the US last year suggest many are at least trying.

Rise of the robots

BTTF’s drones may only make fleeting appearances, but feel very “of the moment”.

Media organisations, including the BBC, have started deploying camera-enabled aircraft to get new perspectives on the news – even if they might not be comfortable sending them into the kind of crowded situation USA Today’s model films in the movie.

Dog-walking drones are also a real thing – at least if you believe everything you see on Vimeo and YouTube.

Another type of robot featured in the film is a mechanical car fuel attendant.

The Netherlands has already tested such a device a few years back, with the TankPitstop project, and Tesla is developing something similar for its electric vehicles.

But the film industry hasn’t given up on the idea of 3D technologies – its latest pitch is a laser-projection system said to deliver “brighter, crisper and clearer” images.

Rather neatly, the innovation premiered in London earlier this month with Robert Zemeckis’ latest film The Walk – he is, of course, also the director of the BTTF trilogy.

Back to the Future II was closer to the mark when it came to home entertainment.

A roll-up flatscreen shown in the McFlys’ home is reminiscent of the flexible panels LG recently showed off at trade shows, which are rumoured to be featuring in commercial products soon.

Meanwhile, voice-controlled televisions are already a reality thanks to smart TVs from Samsung and Sony as well as set-top boxes from Amazon and Apple.

Smartglasses but no smartphones…

We get little hint at what Marty Jr sees via his hi-tech specs in the film, and their brand, JVC, is a much smaller force in consumer electronics than it once was.

But several of today’s bigger names are betting on various forms of the tech, whether it’s Microsoft’s Hololens, Facebook’s Oculus Rift virtual reality headset or version two of Google Glass.

The film’s biggest miss, however, is arguably its lack of a smartphone.

Marty Jr is even seen using an AT&T payphone at one point – all the more ironic since the company was first to offer the iPhone.

It’s not that BTTF’s filmmakers didn’t envision a data-connected world – a Skype-like video chat program features at one point showing off not only the caller but also private details about them – but repeatedly communication occurs via a TV rather than a handheld display.

Likewise, it’s hard not to feel the film missed a trick by using a newspaper to warn of Marty Jr’s impending arrest, instead of a touchscreen.

And a campaigner trying to restore Hill Valley’s clock tower even seems to be using a tablet in one of Back to the Future II’s other scenes.

It’s hard to be too critical, however, when you consider that the World Wide Web was only invented the same year that the film was released, and Tim Berners-Lee did not create its first browser until the following year.

That might explain why CD-Roms and their larger counterparts Laser Discs feature so prominently in piles of rubbish.

Similarly, in an age before email even got its name, it’s perhaps not surprising that the film’s futurists imagined we would want to fax from the pavement.

But even that does not quite explain why the McFlys’ home has quite so many fax machines.

Other hits and misses

Computer-controlled ovens are still a relative rarity – although a robotic chef was indeed one of the highlights of a recent start-up showcase in San Francisco.

Sadly, pizza hydrators are still the stuff of pepperoni-fuelled dreams – and selfie-taking fridges have proved to be scant compensation.

BTTF does score a hit with computer-controlled door locks – Yale was the latest to release such a product earlier this month.

But the idea of an Ortho-lev machine holding George McFly upside down seems like a rush of blood to the writers’ heads – until you realise it was only included in the movie to disguise the fact that a different actor was portraying the character than in the first film. 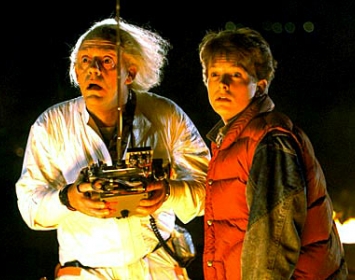 Back to the future – Chicken 1. 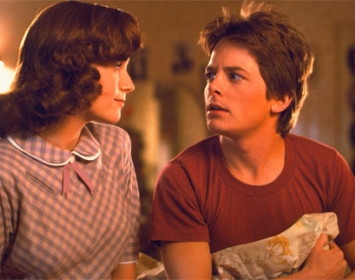 Back to the future – Chicken 2.