Top 10 Unusual Customs from the World

Our world is an amazing place to discover and explore. Especially in summer when most people go on a summer holiday. But customs and habits in other countries can be very different from those we are used to in our home country. Here is a collection of the top 10 strangest customs.

Magpies are ill omens in British folklore – it’s “one for sorrow, two for mirth,” according to the old Lincolnshire nursery rhyme. That’s why, in many parts of the UK, if you see a single magpie you can mitigate the bad luck it brings by greeting it with the salutation, “Good morning Mr Magpie, and how is your lady wife today?”

Be careful when giving flowers to a friend or business associate in Russia. Yellow flowers signify deceit, infidelity or a relationship break-up. Red carnations are usually placed on the graves of the dead in cemeteries, or are offered to surviving war veterans.

3. GERMANY: cleaning on your thirtieth birthday

If you’re still unmarried at 30 in Germany, there’s a special custom you have to fulfil. Unmarried women are expected to clean their friends’ doorknobs with toothbrushes, while men have to sweep up.  A kiss though from someone of the opposite gender could excuse you from these chores. 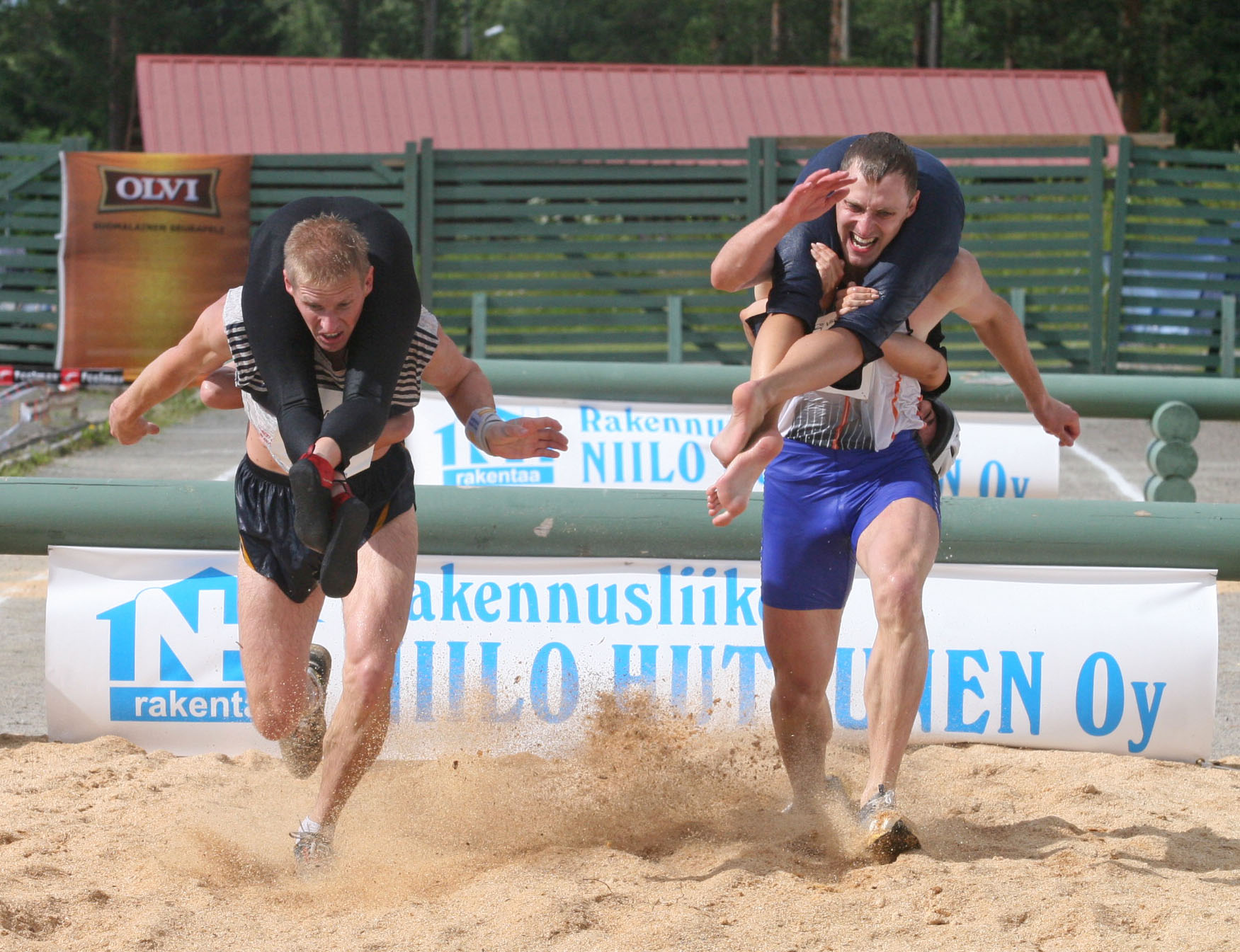 Wife-carrying is a sport in Finland, with competitors from all over the world congregating in Sonkajarvi each year for the wife-carrying championships. The sport itself is said to date back to the 19th century. Male competitors race carrying a female teammate. The objective is to carry the female through a special obstacle track in the fastest time. Several types of carrying may be practised: piggyback, fireman’s carry (over the shoulder), or Estonian-style (the wife hangs upside-down with her legs around the husband’s shoulders, holding onto his waist). The minimum weight of the wife to be carried is 49 kilograms. If she weighs less than 49 kg, she will be burdened with a rucksack containing additional weight to bring the total load up to 49 kg.  The first prize is the wife’s weight in beer.

5. MEXICO: shoving your face into your birthday cake

At Mexican birthday parties, once the cake has been brought out and everyone has sung ‘happy birthday’, you’re encouraged to take the first bite of your cake. At which time someone will inevitably push your face into the icing, and you’re not allowed to get angry, because it’s tradition. 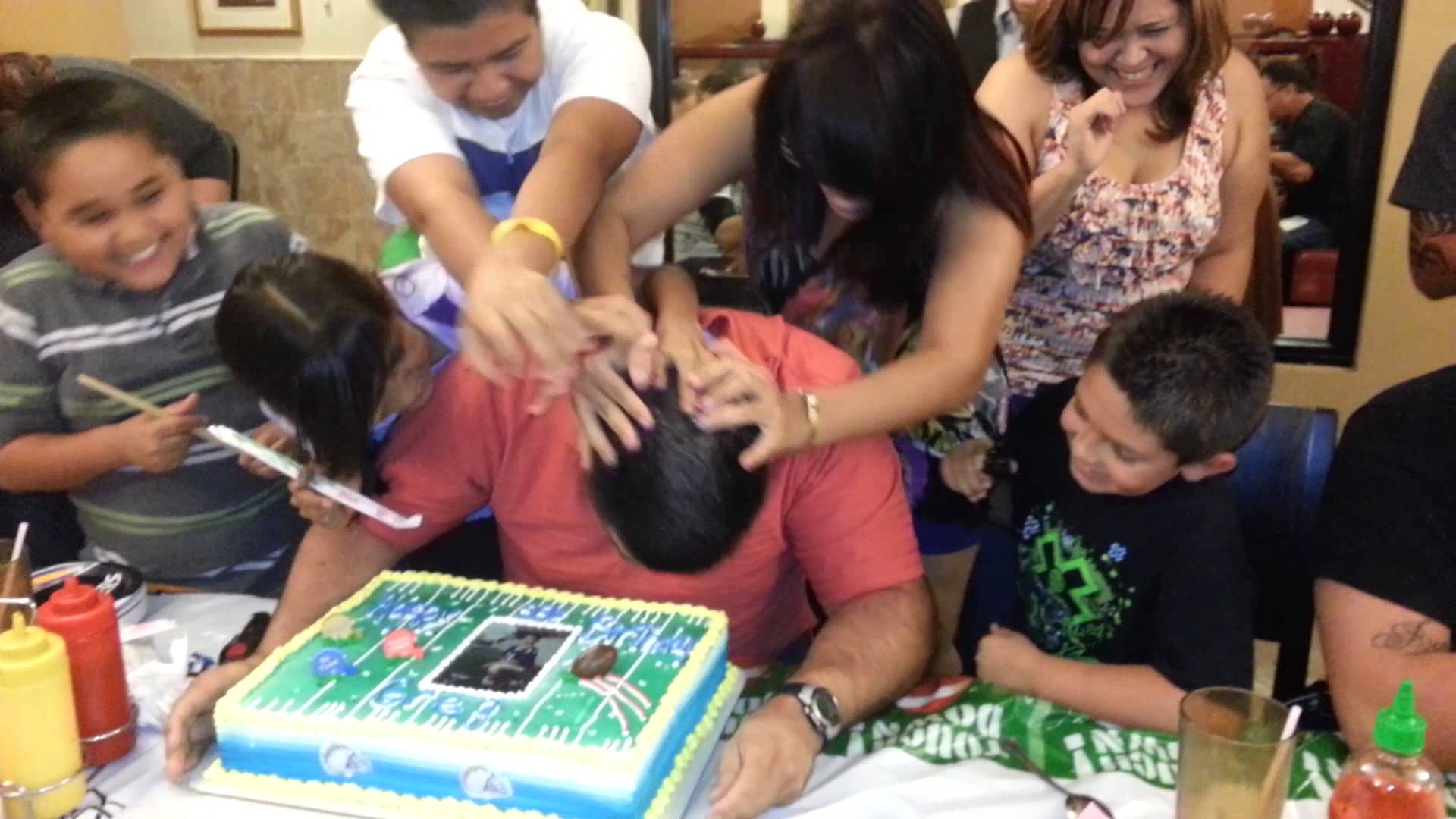 6. CHINA: certain gifts are to be avoided

If you enjoy Chinese hospitality and want to give them gifts as a way of saying thank you remember to avoid giving the following gifts: clocks, handkerchiefs, shoes, straw sandals and anything white or black. These things are strongly associated with death and funerals. An appropriate gift to give is delicious sweets or fresh tea.

7. GREECE: sending your tooth to the roof

Children in Greece don’t expect the tooth fairy to give them money in exchange for a lost tooth. Instead of saving their teeth and placing them under a pillow for the tooth fairy to collect Greek kids toss their discarded baby teeth onto the roof of their home. This custom is meant to bring good luck for the family and a healthy replacement tooth for the child.

Writing cards or notes while visiting South Korea? Mind your pen’s ink colour. Scrawling a person’s name in red ink traditionally signifies that the person is deceased—an important point to remember when writing something. So you should avoid using red ink. Historically, red pens were used to list the names of those who had died, and nowadays people see this as a bit of a bad omen. 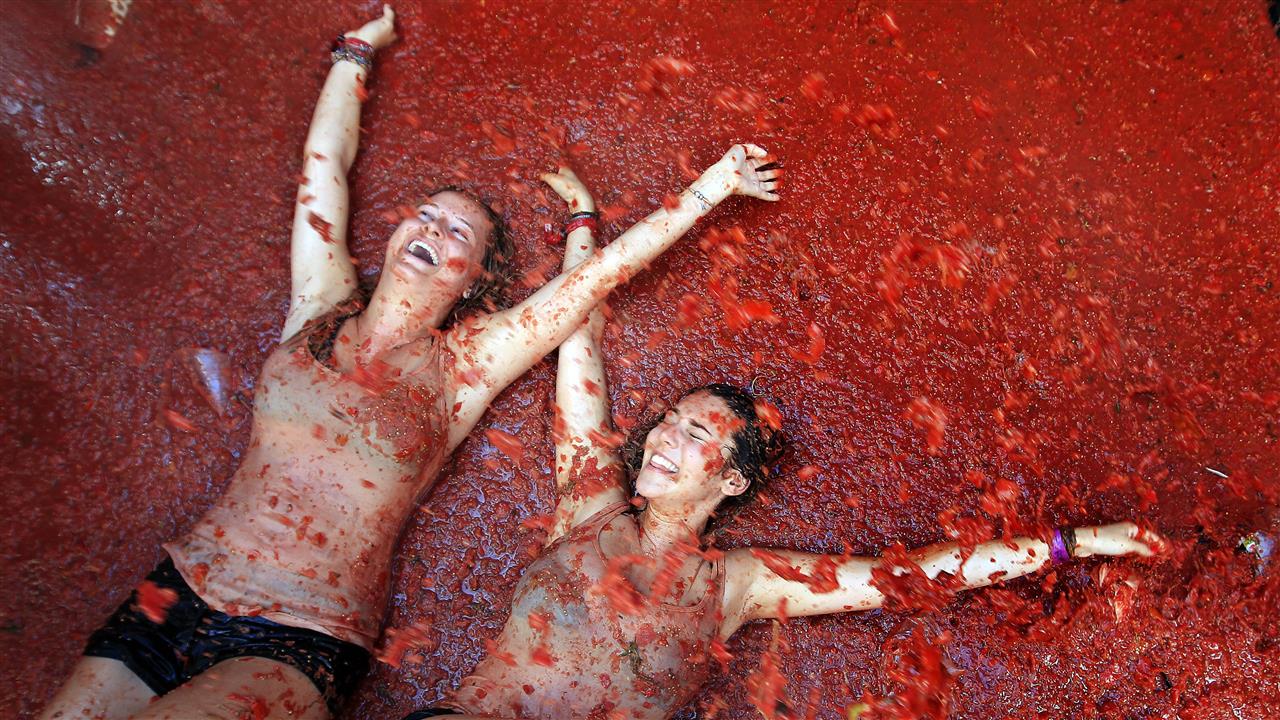 The biggest tomato fight in the world, La Tomatina, the annual Tomato Throwing Festival, is held in Spain on the last Wednesday of August. The participants throw tomatoes purely for fun.

There are many theories about how Tomatina started. In 1945, during a parade young adults who wanted to be in the event staged a brawl in the town’s main square. There was a vegetable stand nearby, so they picked up tomatoes and used them as weapons. The police had to intervene to break up the fight and forced those responsible to pay for the damages incurred.

The Satare-Mawe tribe of the Amazon in Brazil are famously known for their painfully daring ways to prove their strength and bravery.  Their young boys showcase their courage by placing their hands into gloves full of angry bullet ants that nip and bite their hands. One bite is said to feel like you’re being shot. It’s an initiation ritual, boys can’t become a man if they don’t take part in it. When a young boy becomes sexually mature he goes out into the jungle with the Medicine man and other boys his age to find and gather bullet ants. The insect has the most painful sting in the world. Their sting has been compared to a bullet hitting the flesh. The boys gather the ants which are then drugged by some herbs given to them by the Medicine Man. Later, while the ants are sleeping in their drug induced state, they are placed into woven mesh gloves with the stinger on the inside. When the ants wake up they find themselves trapped and become very angry and aggressive. The boys must put on the gloves and keep them on for about ten minutes while they do a dance to take their mind off the pain. 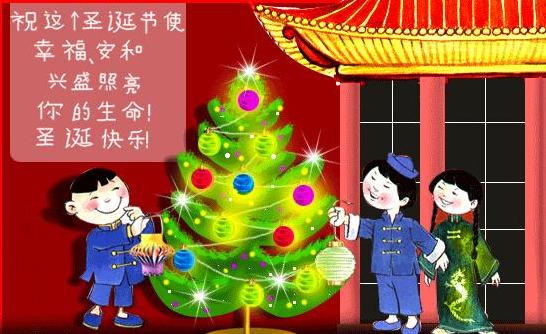 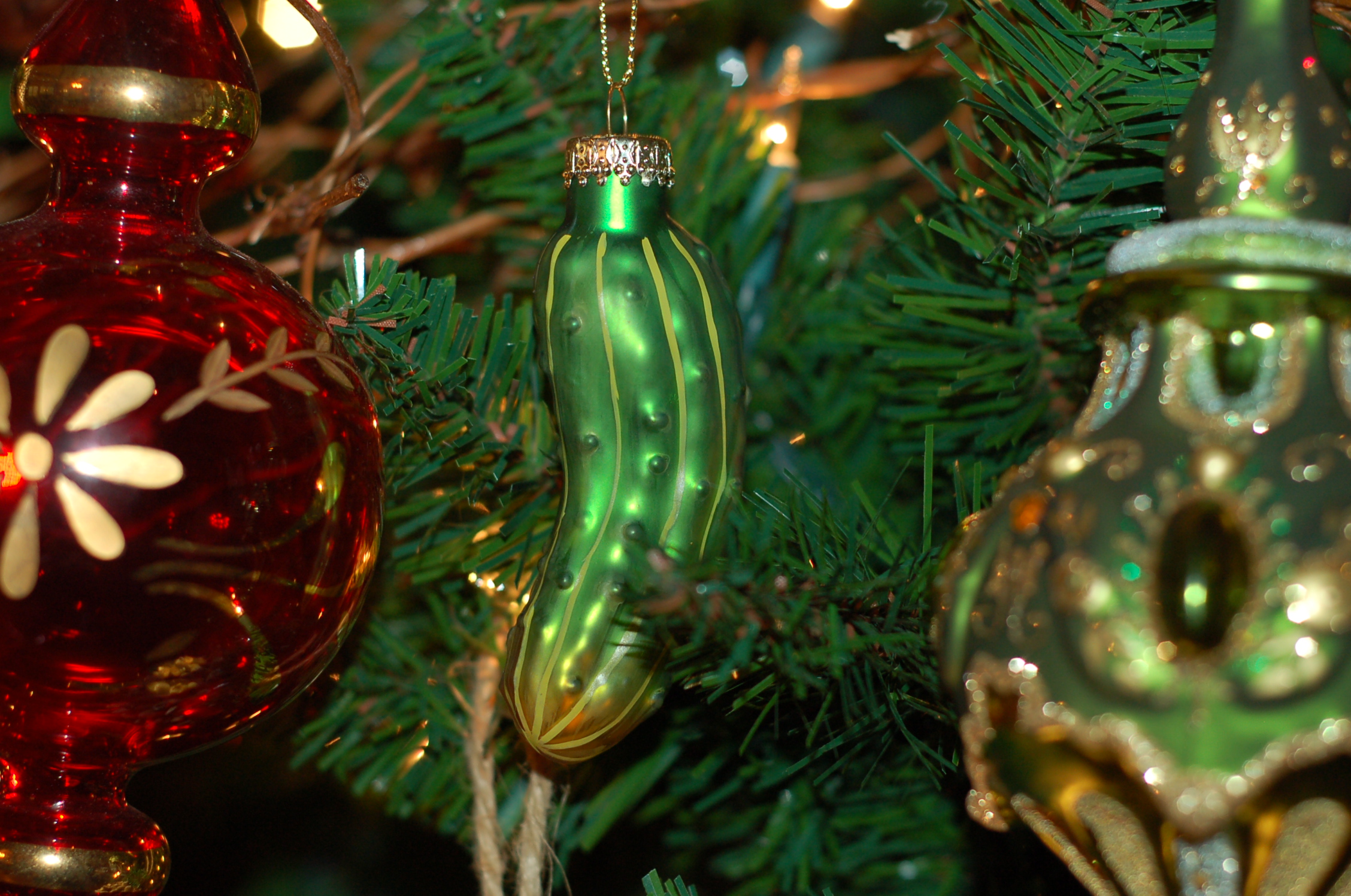 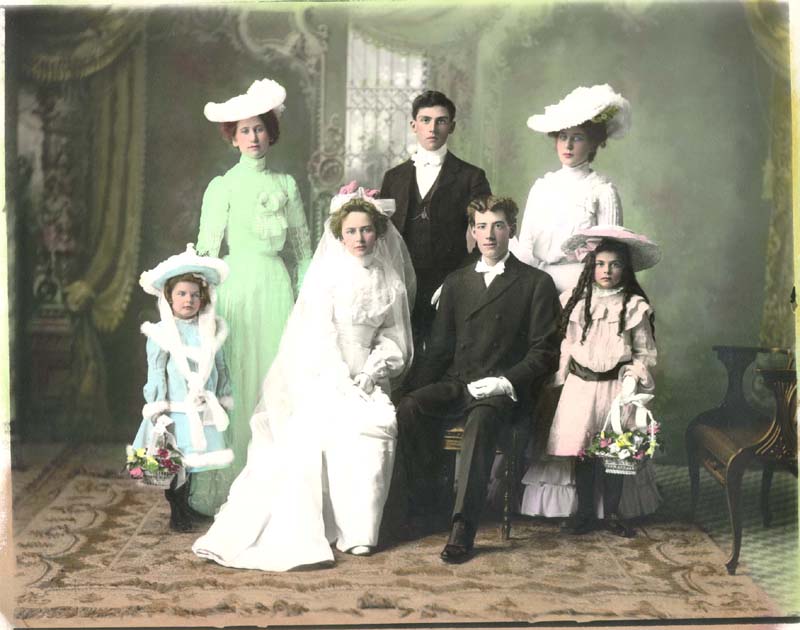 Angol Nyelvvizsga
Nézd meg ezt is:  The Hungarian Revolution and War of Independence of 1848-1849