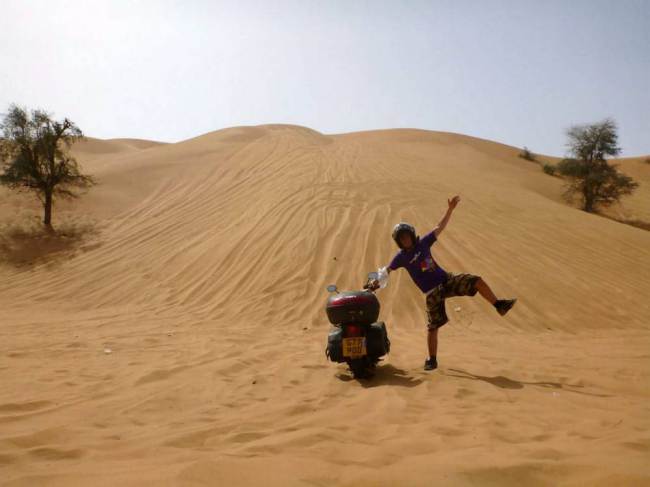 Whether it’s the ferry to France or the plane to Spain, we all look forward to going on holiday. And Ed March can hardly wait for his next trip – Tierra del Fuego by moped. 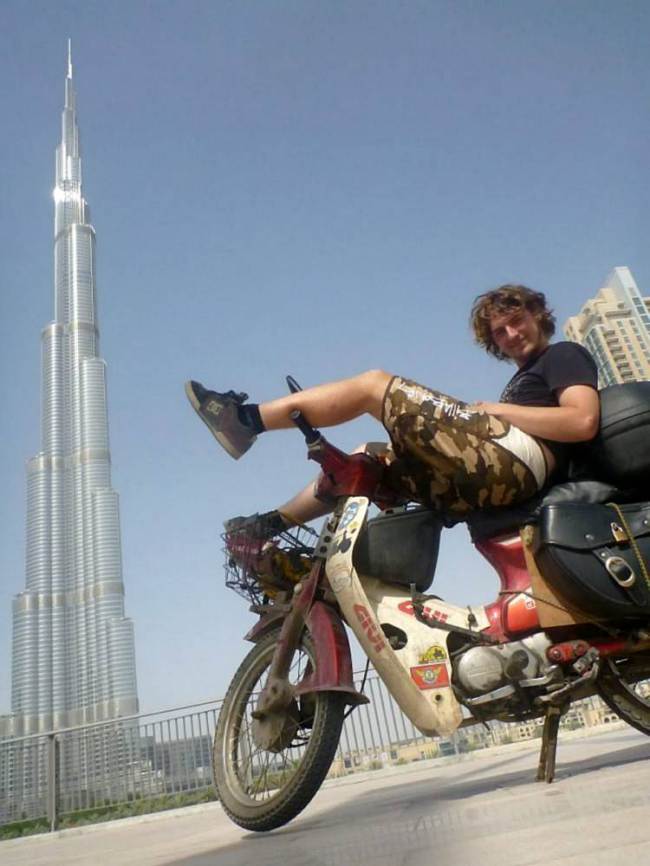 The engineer’s 25-year-old Honda C90 is a machine better known for putt-putting through city traffic than hitting the open road. But he has every faith in the trusty G-reg bike to carry him to the foot of South America from a starting point 36,000km to the north in Alaska. After all, it’s taken him on several treks, including an eight-month journey from Malaysia to his home in Hartland, Devon. ‘It does 63.5 km to the litre and just does not go wrong,’ said the 27-year-old. 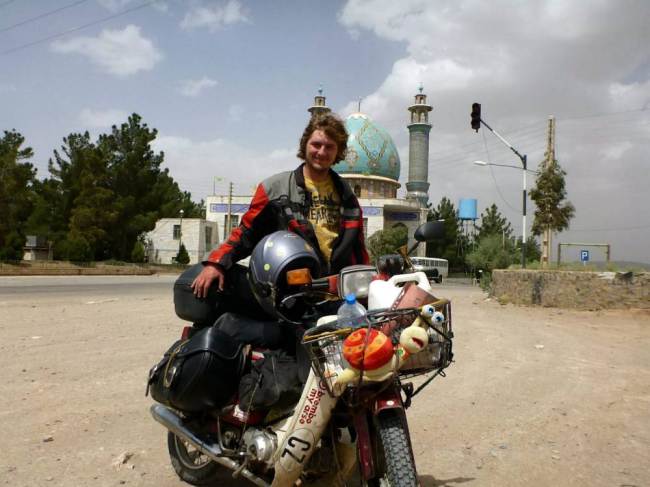 The intrepid explorer posted his bike to Malaysia in bits and rebuilt it after flying there in 2011. He has since ridden home from Mongolia, and through Germany and Finland to the Arctic Circle. Girlfriend Rachel Lasham, 29, is joining him on the American adventure on her own C90. She’ll discover there are advantages to globetrotting on a moped, Mr March said. ‘When you get to a border crossing nobody asks you for a bribe – they presume you don’t have any money.’

1. Ed March’s next trip is to Mongolia.

2. His moped never breaks down.

3. Ed March’s girlfriend has been to Finland with him.

4. If you ride an old moped, people think you have no money.

5. Ed March will be riding from Alaska to the other end of South America. 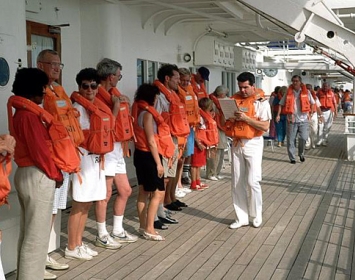 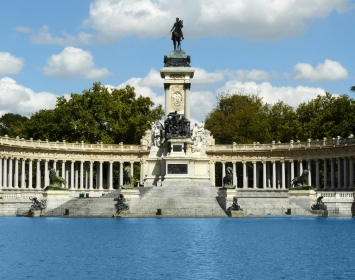 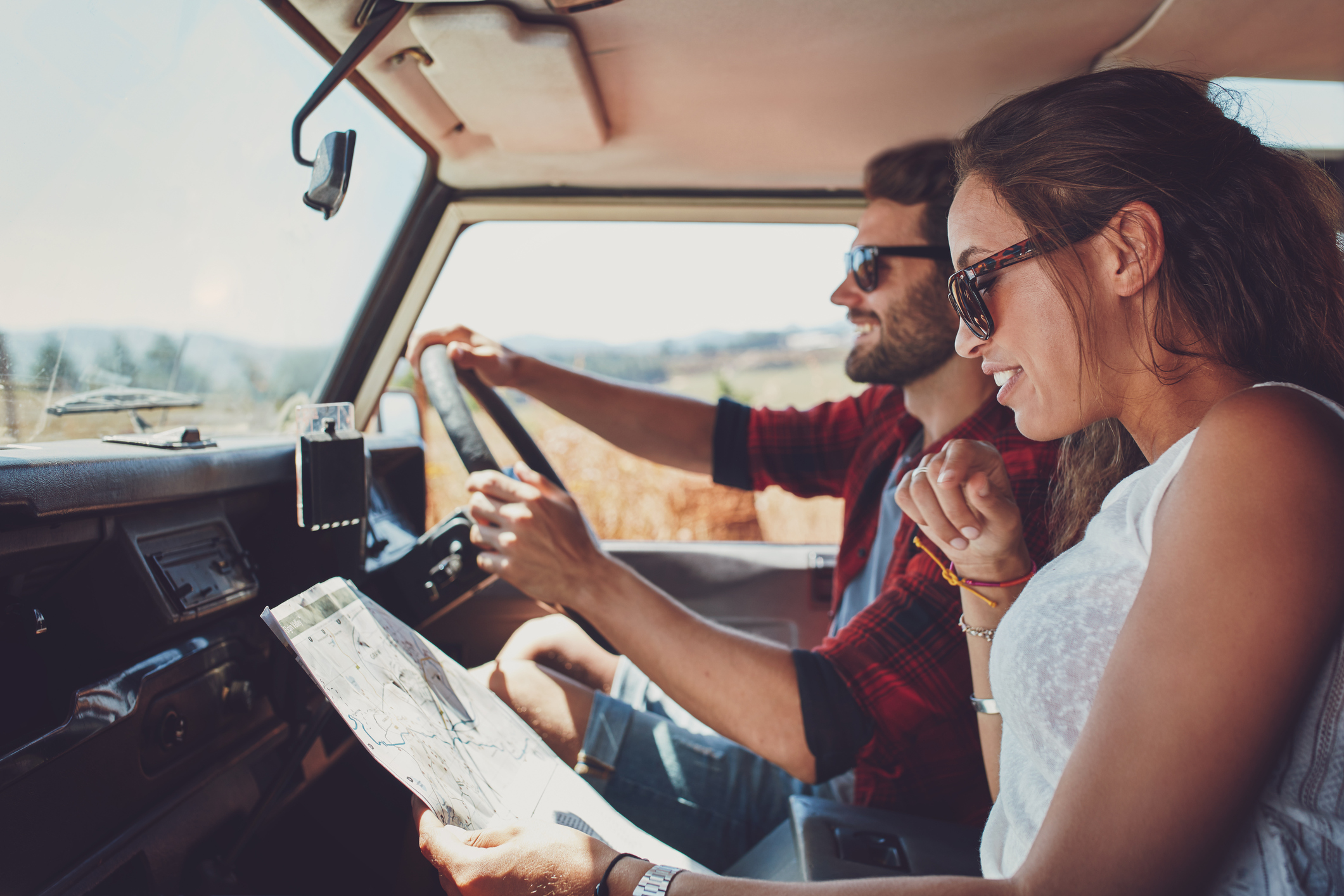