What Queen Elizabeth eats and drinks

At 91, Queen Elizabeth II of England is the longest-serving monarch in British history, having celebrated 65 years on the throne this year. A glance at her calendar is like entering a Jane Austen novel — with a multitasking heroine. Her list of duties includes attending banquets and jubilees, appointing officials to obscure high offices, and receiving and entertaining visitors including assorted ambassadors, archbishops, ministers, generals, chiefs of state and various excellencies.

The Queen’s hectic schedule demands equal amounts of polite conversation and extravagant dining. So how does she stay healthy and fit?

“The queen’s not really bothered about food. All she cares about are horses and dogs,” said her former chef Darren McGrady, who worked for Elizabeth and her family from 1982 through 1993.

In fact, he says he is often asked why the Queen doesn’t “get big from eating all that opulent food”: five-course banquets of dishes with heavy sauces and elaborate mousses, followed by the inevitable glace ice cream.

The nights when she’s on her own, she’ll stick to grilled or poached fish with some vegetables and salad, but no potatoes, rice or pasta.

“That’s it. That’s all she has,” he said. “She’s very disciplined like that. She could have anything she wanted, but it is that discipline that keeps her so well and so healthy.”

The Queen’s simply the kind of person who eats to live rather than living to eat, unlike Prince Philip who loves to eat and would stand and talk food all day – adds McGrady, and proof can be found in the kitchen itself.

“The chefs and food and kitchens come last. They’re still using pots and pans from the 1800s, with the Queen Victoria stamp on them, at Buckingam Palace,” he said. While working at the palace, he would ask the Royals, “Don’t you want some new pots and pans?”

“The queen loves to eat food from the estate,” said McGrady, who worked at the five-star Savoy Hotel in London before getting his gig at Buckingham Palace. Home-grown vegetables, fish, pheasant, anything off the various estates — Balmoral, Buckingham and Windsor Palaces — is what the Queen enjoys most.

“She’s also a chocoholic,” he confided. “It has to be the dark chocolate, the darker the better. She wasn’t keen on milk chocolate or white chocolate.”

Does she exercise? McGrady laughs at the question.

“I don’t think she has a weight room at Buckingham Palace, but she loves horse-riding and walking the dogs,” he said. “She’s 91 years young, and she still goes horse riding. She’ll walk for miles with the dogs or just around the gardens at Buckingham Palace.”

As for her drinking, McGrady mentions all the “silly little pieces in the papers” in which he’s quoted as saying she has four drinks a day.

“She’d be pickled if she drank that much,” he said. “All I said was she likes a gin and Dubonnet (a sweet wine-based aperitif). That’s her favorite drink.”

“She doesn’t wake up in the morning and have a large gin and tonic,” McGrady said, adding that when she does splurge on a glass of wine with dinner — and this is not a nightly event, he emphasizes — it will usually be a favorite German sweet wine. “Just in the evening,” he added. “She certainly doesn’t drink four glasses a day.”

Though each has different tastes, the Royals are generally a healthy bunch. “The thing with Prince Philip is, he’s sort of into healthy eating, too,” McGrady said, describing the Queen’s husband as “very military.”

McGrady remembers Philip coming into the kitchen one day and asking about dinner. When McGrady opened the fridge, he saw the lamb chops prepared for the staff.

“‘Can’t we have those?’ ” Philip asked. “He wanted the staff food for dinner. He was more a Navy man.”

Elizabeth and Philip’s eldest son, Prince Charles, “was organic before organic was even invented,” McGrady said. Each Christmas, the royal kitchen would get a gift from the luxury department store Harrods, a hamper of food filled with treats. One year, Prince Philip came into the kitchen and saw two hampers. He eagerly opened one, asking whether it was the Harrods’ hamper.

“Actually, no, Your Highness, this is a hamper from the Prince of Wales,” responded McGrady. Seeing plums and vegetables and mushrooms, Prince Philip “slammed the lid down — ‘It’s bloody organic’ — and he walked off,” said McGrady.

So what does the Queen usually eat?

Twice a week the head chef to the royal household, Mark Flanagan, provides the Queen with menu suggestion which she can approve by ticking off or crossing out.

Deciding what to eat must be tough when you’re a royal. Luckily, her Royal Majesty the Queen has a team on hand to help her pick her menu — even when she’s shopping at Waitrose.

She has a freshly brewed pot of Earl Grey tea (no milk or sugar) in bone china cup, with a few biscuits.

She occasionally opts for toast and marmalade…

…Or, on some occasions, enjoys scrambled eggs with smoked salmon and truffle.

However, she prefers brown eggs. She thinks they taste better.

Before lunch, she enjoys a gin and Dubonnet with a slice of lemon and a lot of ice.

It’s likely she uses Gordon’s Gin, which has a royal warrant.

She likes to eat grilled Dover sole with wilted spinach or courgettes.

She’s also partial to a simple grilled chicken with salad.

It’s served with fingers sandwiches such as cucumber, smoked salmon, egg and mayonnaise, or ham and mustard with the crusts removed (to save calories, no doubt), as well as jam pennies — tiny raspberry jam sandwiches cut into circles the size of an English Penny. 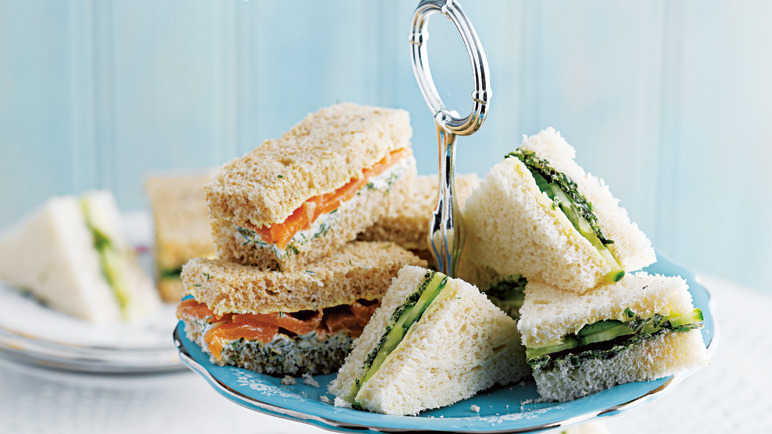 It also comes with McVitie’s rich tea biscuits, scones, and cakes, her favourites being honey and cream sponge, ginger, fruit, and the chocolate biscuit cake that was served at Will and Kate’s wedding, according to McGrady.

The meat is turned into Gaelic steak, and served with a sauce of mushroom, cream and whisky. She also loves a Sunday roast, when it’s served well done.

The Queen also adores chocolate, whether it’s a luxury or grocery store brand.

Along with the chocolate biscuit cake that’s one of her favourites, she also loves chocolate mousse and a traditional chocolate ganache sponge cake.

And, last but not least, she finishes her day with a glass of Champagne likely chosen from the eight brands— including Bollinger, Lanson, and Krug — that have been given royal warrants.

And, of course, warrants have been given to a number of fine wines, though she isn’t a huge fan.

Food and brands. Can you make pairs? 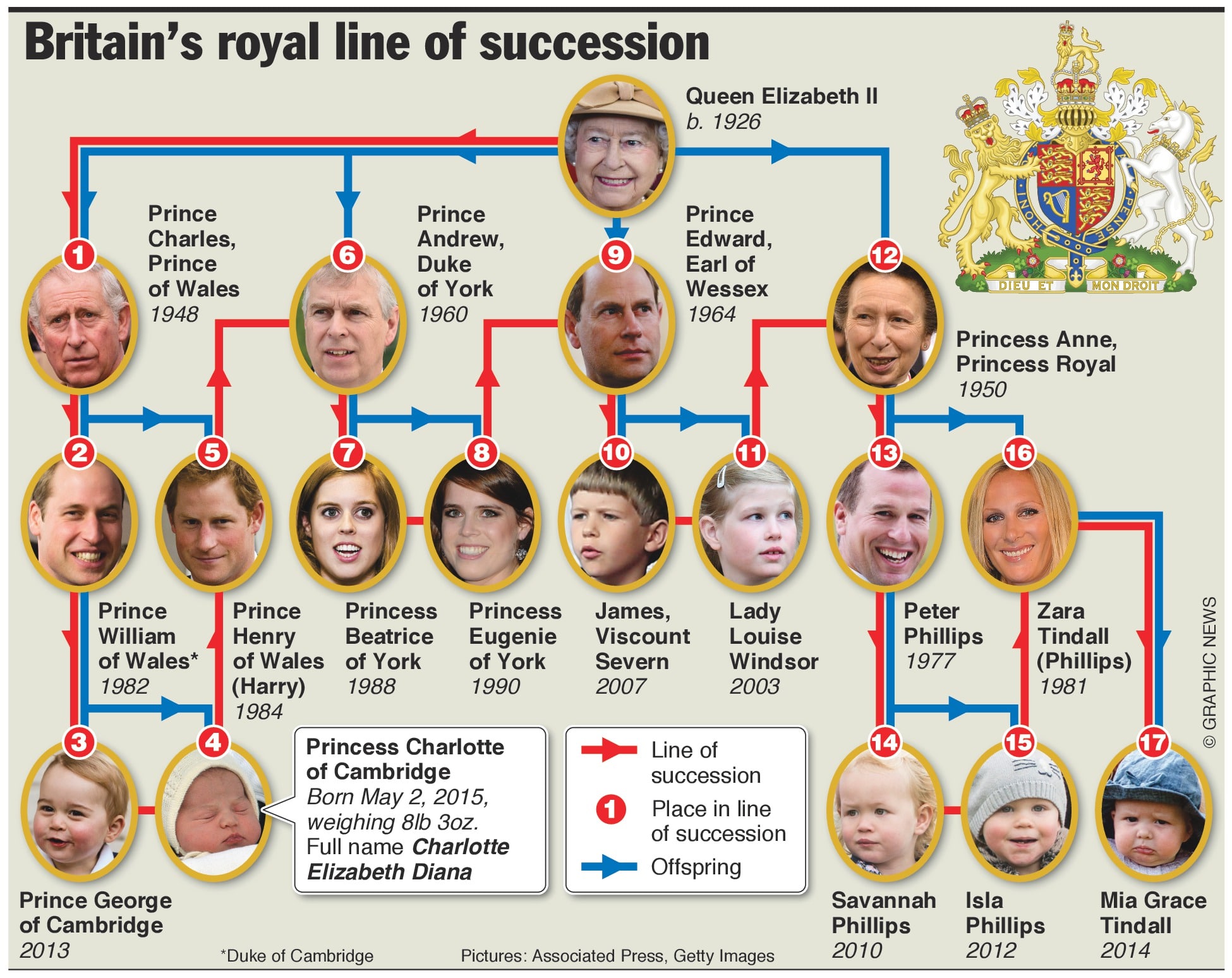 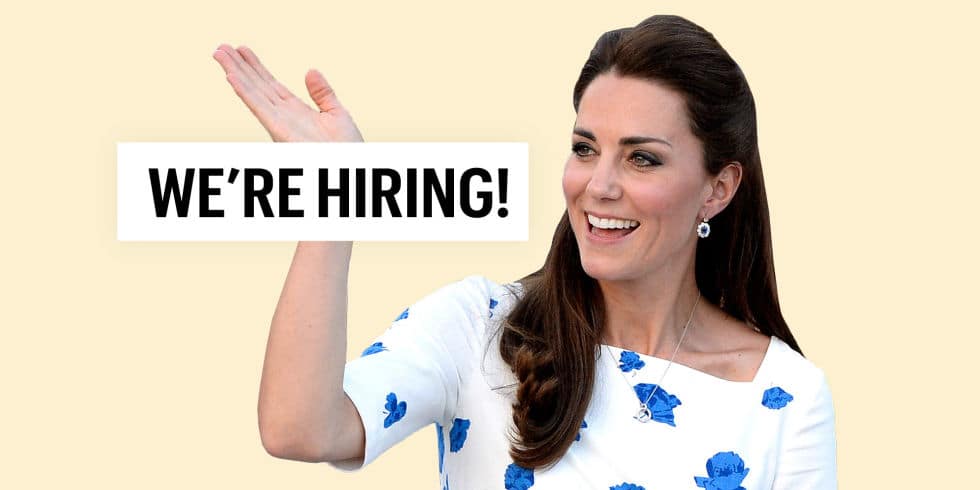