Meet the Eternals: A guide to Marvel’s 10 newest heroes
By Devan Coggan

Avengers: Endgame may have closed out one Marvel chapter, but a new one is about to begin. Directed by Oscar winner Chloé Zhao, the long-awaited Eternals will hit theaters Nov. 5, bringing some of Marvel comics’ strangest and most memorable characters to the big screen.

The Eternals are a fascinating part of comics lore, first dreamed up by Jack Kirby in the 1970s, when he returned to Marvel after briefly working for rival DC. (In fact, the Eternals share some similarities with DC’s New Gods, which Kirby created while working there.) The Eternals are essentially idealized, humanoid aliens from the planet Olympia, genetically engineered by the godlike Celestials. These particular Eternals were sent to Earth by the Celestials to fight against the evil Deviants and defend humanity, and they’ve been silently keeping watch for the last 7,000 years.

Whether you’re new to the MCU or you’ve read every Eternals comic Jack Kirby or Neil Gaiman ever wrote, here’s your in-depth breakdown of the film’s major players.

Much of Eternals’ story centers on Sersi, who has the ability to manipulate non-sentient matter. “She can change things, and she’s sort of helped humanity along the way, in little ways,” Chan explains. Unlike some of the Eternals, Sersi has a real love and respect for humanity, and in the present day, she’s working as a museum curator and dating a human (Dane Whitman, played by Game of Thrones’ Kit Harington). She also has a long romantic history with Richard Madden’s Ikaris.

“She’s interesting because she is this immortal being, but she’s very grounded as well,” Chan says. “She’s a little bit of a free spirit and just loves being amongst humans.”

Interestingly, this isn’t Chan’s first appearance in a Marvel movie: She previously starred in 2019’s Captain Marvel as Starforce sharpshooter Minn-Erva. “The obvious difference is that I didn’t have to do four hours every morning, getting the blue makeup on,” she says with a laugh. “I have to say that was somewhat of a relief. It was nice not finding blue paint in my crevices, weeks later.”

Madden’s Ikaris is one of the most powerful Eternals, with the ability to fly and shoot beams of light from his eyes. He has a special connection with Sersi, but they don’t necessarily see eye to eye on their approach toward humanity. Still, they have a complicated, on-again off-again relationship that’s stretched throughout the centuries. “There’s a deep level of romance in two people that have been around for thousands of years and yet still choose each other,” Madden says.

For the Game of Thrones alum, one of the biggest challenges of playing an immortal superhuman was figuring out how he’s evolved over the last 7,000 years. “I had to work out, how do you play someone who’s seen everything and done everything?” Madden explains. “How do you play them to not be bored of everything because you’re seen it and done it?”

Most of the other Eternals have tried to stay under the radar through the centuries, but Nanjiani’s Kingo has done the opposite, making a living as a Bollywood star. (As an Eternal, he also has the power to manipulate energy with his hands.) Nanjiani trained extensively to get in superhero shape, and to capture Kingo’s joyful, effortless fight style, he went back and watched old Errol Flynn movies and some of the original Zorro films — “just a lot of old school Hollywood stars whose characters really enjoyed fighting,” he explains.

But perhaps his biggest challenge was preparing for a scene where Kingo performs an elaborate Bollywood dance number.

“I’m not a dancer,” Nanjiani admits. “I have zero rhythm. I had to take months and months of classes to do this. So, it was very challenging, but I know that if we could pull this off and capture the joy and excitement of a Bollywood dance number in a Marvel movie, that would be special — because I grew up watching Bollywood movies. I knew every Bollywood movie until like the late ’90s. So, to be able to do an homage to the genre of movies that I loved and grew up watching was really special.”

McHugh’s Sprite may look like a preteen, but like the other Eternals, she’s actually thousands of years old. “I sort of related to her in the way that I’ve lived my whole life because I look younger than I am,” the 15-year-old McHugh says. “I really related to her in that way and in wanting to grow up a little bit, but being stuck in a way.”

McHugh, known for her roles in Totem and The Lodge, adds that she treated her time on the Eternals set as a masterclass in acting, trying to absorb as much as she could from her elder costars. She also took the opportunity to try as many stunts as she could. “Towards the beginning of filming, I was in a harness doing this crazy choreograph stunt scene, and I just remember thinking, ‘Wow, my brothers are going to think I’m so cool,'” she says with a laugh. “It was just a crazy moment because I’ve never done any stunt work like that before, and it just all hit me at once, how insane all of this is.”

The Atlanta actor stars as Phastos, a brilliant inventor with a mind for creating weapons and technology.

“I never in a million years thought I’d be a part of the MCU,” Henry says. “I have always been a huge fan. I’ve been obsessed with the concept of superheroes and the concept of mankind needing saving. And I think that when you get these group of people together, who just have these intimate senses of super powers and saving humanity, it’s something that we all kind of need. It literally brings everyone together regardless of where you’re from. I’m still freaking out that I’m a part of it.”

To play the super-fast Eternal Makkari, Ridloff (known for The Walking Dead) threw herself into training — just not the kind of training she was expecting. “The ironic part about this is when I started training for the role, I was told to stop running,” she says, laughing. “I was like, excuse me, stop running? Really what they wanted to do was focus on building the symmetry of somebody who looks like a sprinter, and they tend to be a bit more muscular. So, I focused mostly on building muscle, especially my legs.”

Makkari is also the first deaf hero in the Marvel Cinematic Universe, and Ridloff says she’s particularly excited for audiences to see a deaf actress in a major heroic role.

“It makes so much sense to have this diversity and representation within the MCU because what the MCU is offering the world is amazing,” Ridloff says. “They’re offering a way for us to hope, to be able to get up and keep going and fight for what’s important. More and more people are starting to see themselves in that universe, and that’s powerful.”

The Irish Keoghan, known for his roles in Dunkirk and The Killing of a Sacred Deer, plays Druig, an Eternal with the ability to manipulate other people’s thoughts.

“I was the last one to get into costume,” he recalls of his first day on set. “When I arrived and put it on for the first time, it was kind of nice to walk out and see the rest of the cast’s reaction. They were like, ‘Whoa!’. It’s a weird feeling to see yourself like that. As soon as you put the boots on your posture transforms. You definitely notice how your whole demeanor and everything just changes.”

Druig is aloof and a bit of a loner, but in real life, Keoghan quickly hit it off with his costars.

“Barry can get very nervous at the beginning, right before [shooting],” Salma Hayek recalls. “I would run lines with him, and he’s like, ‘Oh no, I’m not going to be able to do this!’ I thought to myself, ‘This is not going to be good; we’re on our way to set!’ And then all of a sudden, boom: It was like possession, and he’d get it in one take, pure brilliance. There’s something savage about him. He’s incredible.”

Korean actor Lee describes Gilgamesh as “extremely powerful and the strongest warrior of Eternals.” “He’s protective over his family and humans, and he has a solid, dependable character that serves his team in battles,” Lee explains. “At the same time, he’s a funny guy and has a sense of humor.”

He has a deep connection with Angelina Jolie’s Thena, and he prefers to use his fists in battle, often taking out enemies with a single punch. “That fit me perfectly because I’m a longtime boxer myself, for over 30 years since I was a kid,” Lee adds. “Gilgamesh’s action is based on boxing, so I could add real boxing movements.”

Hayek wasn’t sure what to expect when Marvel reached out and said they wanted to meet with her about a potential project, but when she found out that Zhao was involved, she immediately said yes. “I was shocked,” she remembers. “Imagine in your 50s you get a call from this director that you’re crazy about, who says, ‘You’re going to be a superhero.'”

Hayek immediately fell in love with the character of Ajak, the Eternals’ stoic and powerful leader, who also has the ability to heal. The character was originally written as a man in the comics, and in early conversations with Zhao, it was Hayek who suggested leaning into her femininity and approaching her as the mother figure of the group. “She’s full of contradictions,” the actress says. “She’s the bridge between the Eternals and the Celestials, and it’s never easy to hold two sides together.”

Jolie is certainly no stranger to blockbuster projects, but even she was surprised by the scale of Eternals. “It’s certainly the biggest thing I’ve ever done,” she says. “As somebody who’s directed, to watch the production try to manage it, it was a huge thing to take on.”

The acrobatic Thena is one of the group’s elite warriors, and she can manifest weapons out of thin air. To prepare, Jolie undertook ballet training to capture her effortless grace, as well as teaching herself how to use various weapons — most of which were added in digitally in post-production. “It is one of the weirdest things to train for because you’re throwing things, grabbing things, breaking things in half,” she explains. “You feel a little nuts. You’re just throwing your hand out as if you’re thinking, ‘Is that a sword? Is that a spear? Is it a lasso? What am I doing?’ Then you get into it and it gets really fun, but it’s a puzzle.” 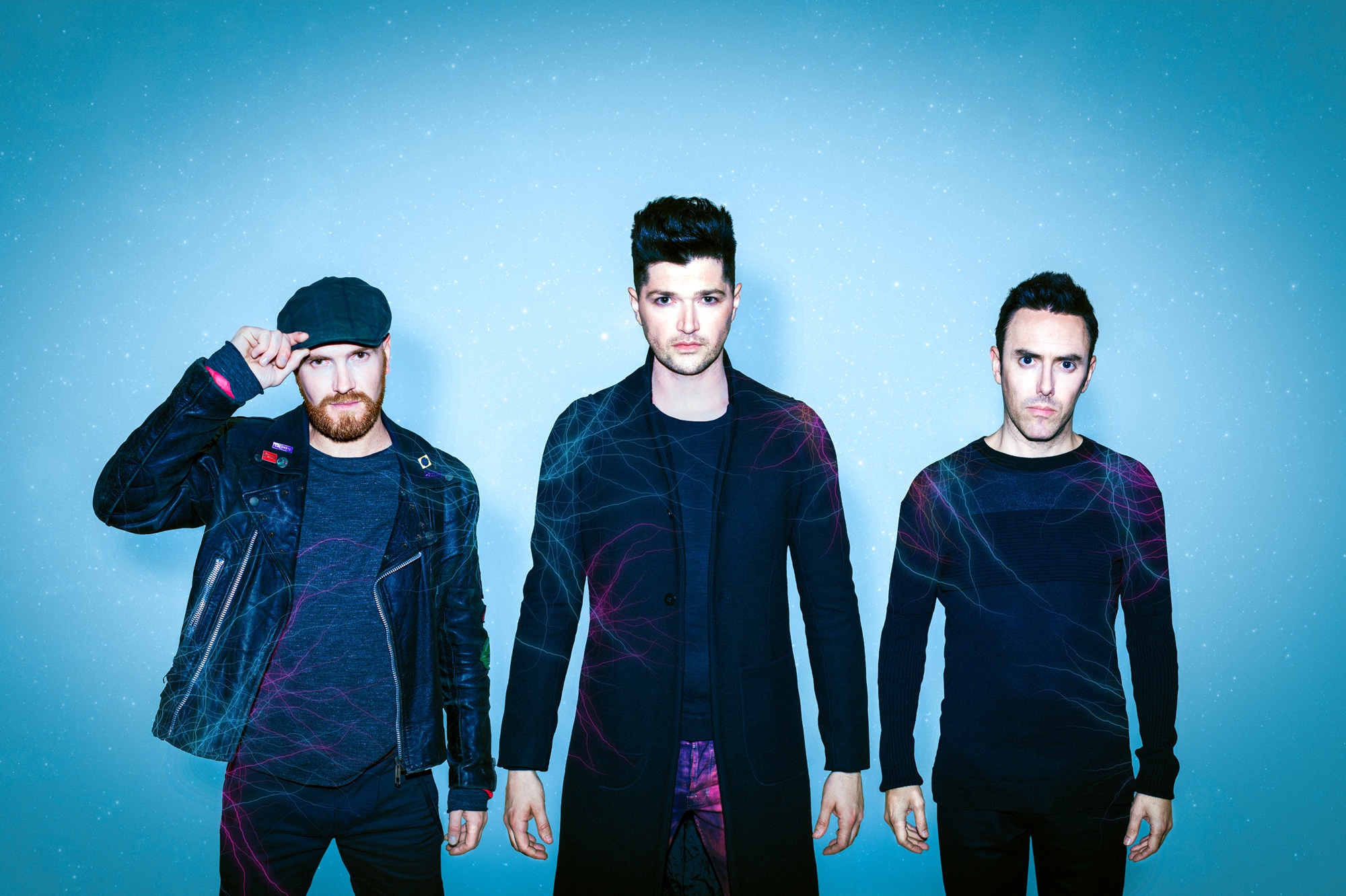 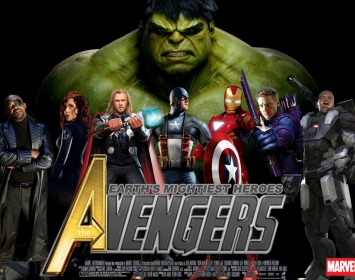 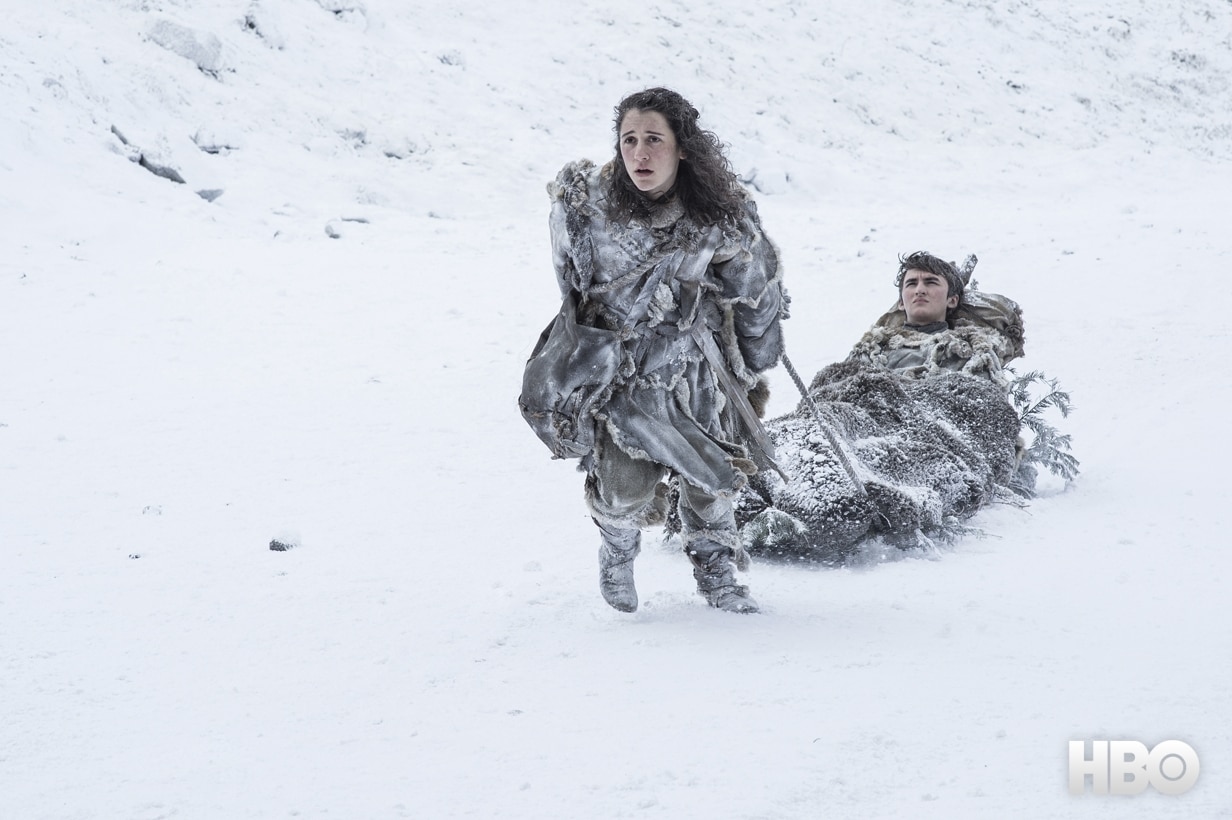