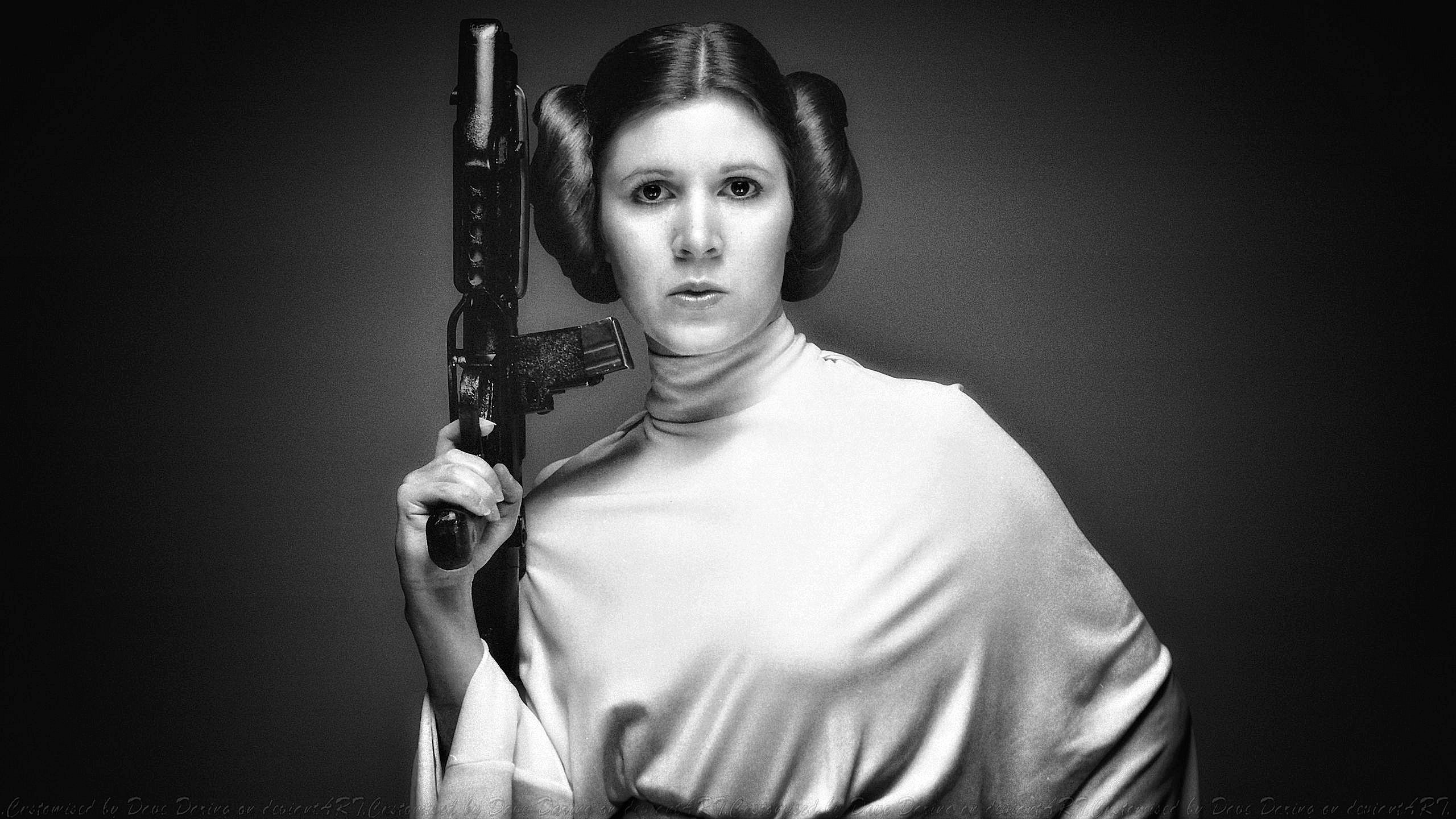 Just days after suffering a heart attack aboard a flight en route to Los Angeles, beloved actress, author, and screenwriter Carrie Fisher has passed away at the age of 60. Though she’ll always be most closely associated with her role as Princess Leia in Star Wars, Fisher’s life was like something out of its own Hollywood movie. Born in Beverly Hills on October 21, 1956, Fisher was born into show business royalty as the daughter of singer Eddie Fisher and actress Debbie Reynolds.

In addition to her work in front of the camera, Fisher built up an impressive resume behind the scenes, too, most notably as a writer; in addition to several memoirs and semi-autobiographical novels, including Wishful Drinking, Surrender the Pink, Delusions of Grandma, The Best Awful, Postcards from the Edge, and The Princess Diarist (which was released last month), she was also an in-demand script doctor who counted Sister Act, Hook, Lethal Weapon 3, and The Wedding Singer among her credits.

Though she struggled with alcoholism, drug addiction, and mental illness, Fisher always maintained a sense of humor—as evidenced by the 30 memorable quotes below.

ON GROWING UP IN HOLLYWOOD

“I am truly a product of Hollywood in-breeding. When two celebrities mate, someone like me is the result.”

“I was born into big celebrity. It could only diminish.”

“At a certain point in my early twenties, my mother started to become worried about my obviously ever-increasing drug ingestion. So she ended up doing what any concerned parent would do. She called Cary Grant.”

“I was street smart, but unfortunately the street was Rodeo Drive.”

“If anything, my mother taught me how to sur-thrive. That’s my word for it.”

“As you get older, the pickings get slimmer, but the people don’t.”

ON THE LEGACY OF STAR WARS

“People are still asking me if I knew Star Wars was going to be that big of a hit. Yes, we all knew. The only one who didn’t know was George.”

“I signed my likeness away. Every time I look in the mirror, I have to send Lucas a couple of bucks.”

“People see me and they squeal like tropical birds or seals stranded on the beach.”

“You’re not really famous until you’re a Pez dispenser.”

ON THE FLEETING NATURE OF SUCCESS

“There is no point at which you can say, ‘Well, I’m successful now. I might as well take a nap.’”

ON DEALING WITH MENTAL ILLNESS

“I’m very sane about how crazy I am.”

“Resentment is like drinking poison and waiting for the other person to die.”

“Someone has to stand still for you to love them. My choices are always on the run.”

“I’ve got to stop getting obsessed with human beings and fall in love with a chair. Chairs have everything human beings have to offer, and less, which is obviously what I need. Less emotional feedback, less warmth, less approval, less patience, and less response. The less the merrier. Chairs it is. I must furnish my heart with feelings for furniture.”

“I don’t hate hardly ever, and when I love, I love for miles and miles. A love so big it should either be outlawed or it should have a capital and its own currency.”

“The only thing worse than being hurt is everyone knowing that you’re hurt.”

“I envy people who have the capacity to sit with another human being and find them endlessly interesting, I would rather watch TV. Of course this becomes eventually known to the other person.”

“Acting engenders and harbors qualities that are best left way behind in adolescence.”

“You can’t find any true closeness in Hollywood, because everybody does the fake closeness so well.”

“It’s a man’s world and show business is a man’s meal, with women generously sprinkled through it like overqualified spice.”

“Stay afraid, but do it anyway. What’s important is the action. You don’t have to wait to be confident. Just do it and eventually the confidence will follow.”

“No motive is pure. No one is good or bad-but a hearty mix of both. And sometimes life actually gives to you by taking away.”

“If my life wasn’t funny it would just be true, and that is unacceptable.”

“I shot through my twenties like a luminous thread through a dark needle, blazing toward my destination: Nowhere.”

“My life is like a lone, forgotten Q-Tip in the second-to-last drawer.”

“You know what’s funny about death? I mean other than absolutely nothing at all? You’d think we could remember finding out we weren’t immortal. Sometimes I see children sobbing at airports and I think, ‘Aww. They’ve just been told.’”