The hotel that inspired Fawlty Towers is to be knocked down and replaced with retirement flats.

John Cleese based the TV sitcom on the Gleneagles Hotel in Torquay after staying there with the Monty Python team in 1973.

Churchill Retirement Living will convert the site after its plans were approved by Torbay Council.

The 41-bedroom hotel ceased trading early this year and Churchill Retirement Living applied to use the site for 36 retirement apartments.

Torbay Council’s development management committee originally denied the application as they felt it was “too large and unsympathetic to the area”.

A smaller, revised scheme was accepted by the council.

It will involve knocking down the three-star hotel and building 21 one-bed and 11 two-bedroom apartments, with a guest suite and two communal lounges.

Planning officers allowed the change of use of the site from tourist accommodation to residential as the former hotel was found to be “commercially unviable“.

MANUEL: You see, I speak English well. I learn it from a book. Hello. I am English. Hullooo.

How are you, sir? I can speak English. Oh, hello, Major. How are you today?

MANUEL: Is a beautiful day today.

MANUEL: Yes, I can speak English. I learn it from a book.

MAJOR: Did you? Did you really? There you are, Fawlty.

MAJOR: Oh, fine. I say, that’s a remarkable animal you have there, Fawlty. Where did you get it?

BASIL: Samson’s, in the town.

MAJOR: Really? Was it expensive?

MAJOR: Good Lord. Japanese, was it?

MAJOR: I didn’t know the Canadians were as clever as that. My God. 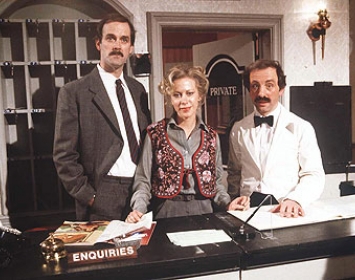 Fawlty Towers: Whose fault is it? 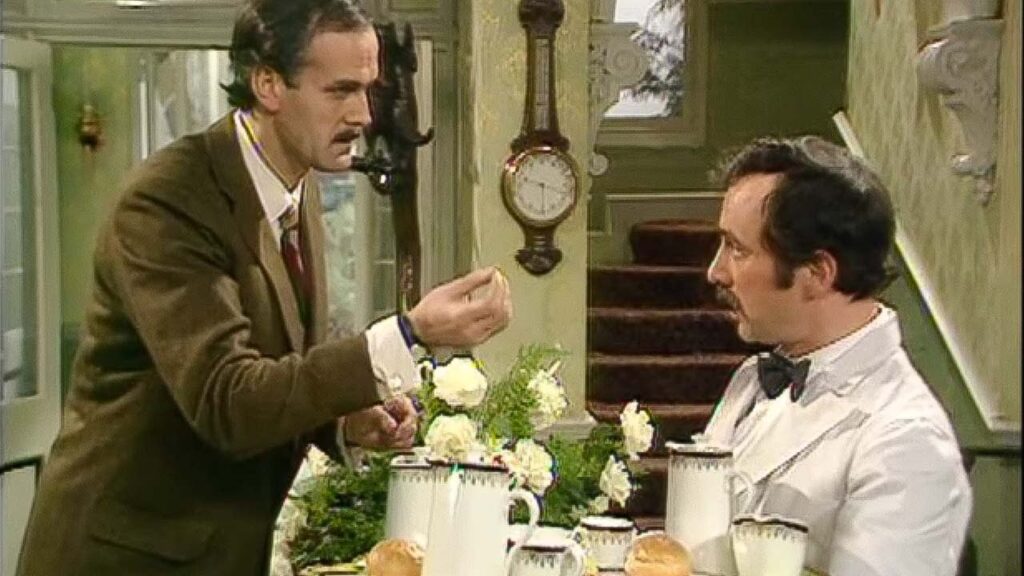