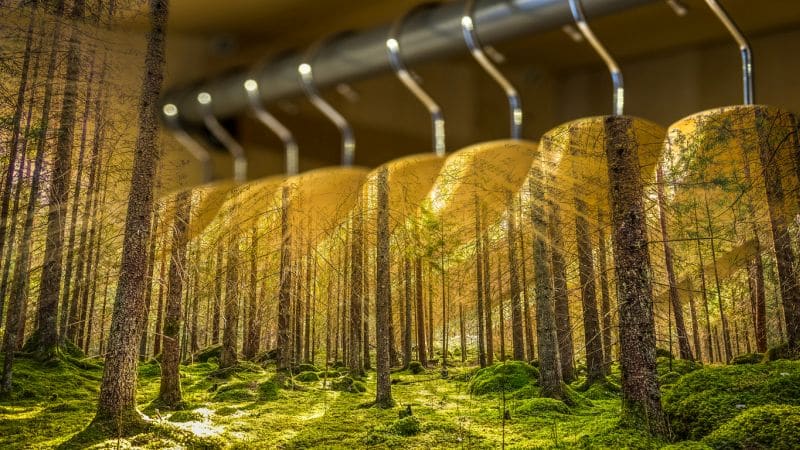 Cheap prices and constantly changing “fast fashion” trends have efficiently convinced people over the past decades that clothing is disposable. Especially among young people, it is not uncommon to use one’s freshly arrived salary to buy new clothes, to purchase special outfits for one-off parties, or to change styles and wardrobes every few months. In the UK, people buy twice as many new clothing items as they did ten years ago. Developed countries throw away millions of tons of used textiles annually, and in Britain, 30 percent of this ends up in landfill or gets burned.

There have been initiatives to curb the impact of these wasteful practices. Some are calling for a “fashion boycott”, meaning that they simply do not buy any new clothes for a given amount of time. Others follow a less extreme approach, only purchasing clothes used, giving new life to textiles already used and discarded once. Many people also enjoy clothing swaps with friends, or regularly clearing their wardrobe and donating away their used clothes that they haven’t worn in a while. Still another option is replacing some of the most traditional clothing materials so that the environment won’t suffer as much damage.

Many of the most used clothing materials harm nature in significant ways. Leather, for instance, needs enormous amounts of water and chemicals for its production, and its side product of contaminated water pollutes the natural streams, rivers, and seas, that it is let back into. Many also have reservations about the need to kill animals in order to produce leather clothing, which is why “vegan leather”, produced without harming animals, has become a recent trend.

One alternative material to replace leather surprisingly comes from pineapples. Piñatex, developed in the Philippines and London by Dr. Carmen Hijosa, feels very close to real leather but is produced from pineapple leaves. Around the world, there are more than 40,000 tonnes of discarded pineapple leaves produced annually, so using these for leather production requires no extra land or water. Piñatex is said to feel a little softer and more flexible than most faux leathers, so it may even bring a more special experience to its wearers. Unfortunately, Piñatex isn’t biodegradable, given that it uses polylactic acid (also known as bio-plastic) and petroleum-based materials for its production in addition to pineapple.

Another solution to offset leather production’s harmful effects is mycelium textile, also known as MycoTEX. Mycelium is essentially simple mushroom spores, but it can be used for furniture, food, packaging, clothes, and more. It only needs a little water to grow, and it is completely biodegradable. In fact, it creates fertile soil for plants to grow if it ends up in the ground, so if you get bored of your MycoTEX clothes, you can simply throw them in the compost pile! This material requires no weaving and sewing; instead, it is put into a mould to take its shape. Similar to MycoTEX, the company Bolt Threads also developed Mylo, a special brand of synthetic leather.

Cotton plants are extremely water-needy, and this has led to problems in the past. The Aral Sea, for example, dried out partly due to all of its feeding rivers being redirected to water cotton crops. Cotton production also uses lots of chemicals, and 15,000 litres of water are necessary to make just one pair of jeans (which is made primarily of cotton). Even though it is durable, warm, and versatile, cotton also needs sustainable alternatives if we want to prevent further damage.

Tencel, also known as Lyocell, is a fairly well-known alternative to cotton, and a subtype of rayon. To create lyocell fabric, cellulose fibres are extracted from wood pulp, then woven into cloth. This process is estimated to use 95 percent less water than producing standard cotton! Lyocell is a soft but strong material that doesn’t get wrinkled, and it feels similar to the material it replaces. It is already part of several different High Street clothing items, from jeans and underwear to men’s shirts and women’s clothing. Depending on one’s preferences, it can be made similar to cotton but also to leather or silk.

Cannabis is also a well-known plant, but its “little brother” hemp has some surprising properties. Hemp is a form of cannabis that contains merely a small amount of psychoactive material, and people prefer it rather for its strong and flexible fibres. It has been used for centuries to produce ropes, sails, and clothes, and some even say that the word “canvas” originates from “cannabis”. Hemp clothing feels mostly like linen, but when mixed with other materials, it can be as durable as cotton. It uses 55 percent less water for its production than regular cotton, and it requires half as much land. In addition, since hemp is an aggressive plant, usually no pesticides are needed for its growth. 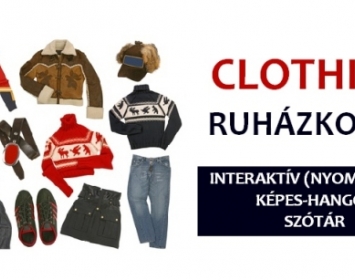 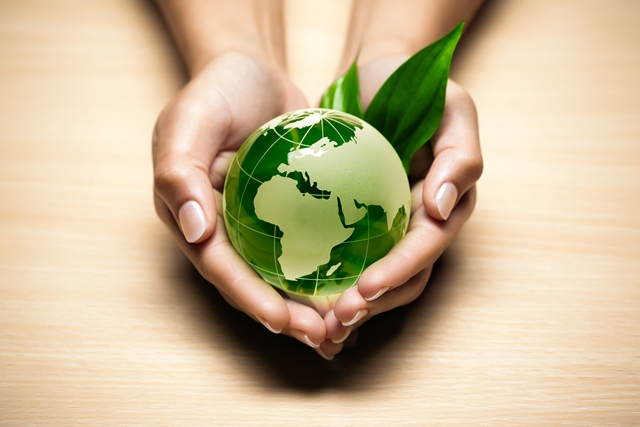