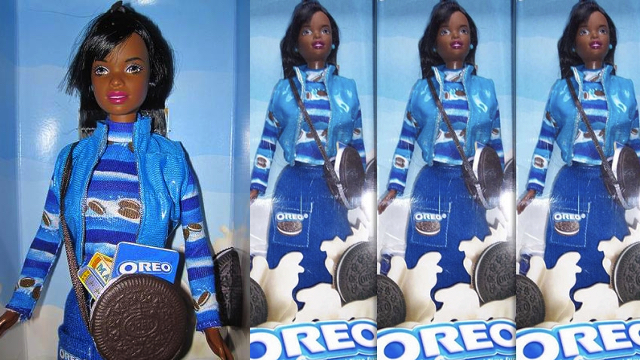 
It’s unlikely that toy manufacturers mean to offend, creep out, or otherwise alienate consumers, but somehow it happens from time to time.

Number 10. Oreo Fun Barbie. Everybody loves Oreos, so what could possibility go wrong? Well, it appears that in planning the black version of the doll, Mattel fell short on their research. Oreo is a pejorative term often used to describe black people who act white. The doll was eventually recalled.

Number 9. Breast Milk Baby. Thanks to carefully placed sensors, the toy can tell when it’s near the body of the child playing with it, and will start to make sucking noises. It’s intended to simulate the breast-feeding experiences, but what it does is freak a lot of parents out.

Number 8. Poo-dough. Some kids like gross stuff, and this was made with them in mind. Although the modeling clay looks like excrement, its realism thankfully doesn’t extend to its smell.

Number 7. Barbie’s Pregnant Friend. Her name was Midge and she was on the verge of giving birth. Delivery was easy enough. All one had to do was pull off her enlarged belly and pluck out the little plastic newborn.

Number 6. Breaking Bad Dolls. Walter White and Jesse Pinkman make for great television, but a number of parents didn’t think they made appropriate children’s toys. After a petition demanding the figures’ removal from Toys R Us collected over 9 thousand signatures, the store did as requested.

Number 5. Toy Tattoo Gun. Apparently nobody wants their grade-schooler coming home with a tattoo, even if it’s fake. This make-believe parlor, complete with temporary ink, designs, and an inspired-by-real-life tool didn’t get the favorable reception the company was likely anticipating.

Number 4. Pee and Poo Plush. The company that sells them describes the urine and feces set as, ‘the only time you’ll want pee and poo in your bed’. They also suggest cuddling up with them.


Number 3. iPotty. As the name suggests, there’s no reason for your kids to be away from their iPad even when they are taking care of business.


Number 2. Hazmat Crew. This might look like a fun little addition for a child’s make believe town. The good times will no doubt end quickly when the kid starts asking what crews like that do and why they’re needed.

Number 1. Shocking Roulette. If the goal is to make children nervous, crying wrecks, then this should do it. Players stick their fingers inside the game device and sit there until a shock is delivered to one of them.

Which toy are you most surprised by?