One of history’s most iconic monarchs, Queen Victoria (1819–1901) ruled for more than 60 years. She was empress of the world’s largest ever empire, and her name denotes an entire era of British history. Here, we bring you seven things you might not know about her…

1) She was only 18 when she became queen

“I went into my sitting room (only in my dressing gown) alone and saw them. Lord Conyngham then acquainted me that my poor uncle, the King, was no more, and had expired at twelve minutes past two this morning and consequently that I was Queen.”

This is how Victoria recalled the moment that would change her life forever. At 6 am on 20 June 1837, the young princess was woken from her bed to be informed that her uncle, King William IV, had died during the night. This meant that Victoria, who was only 18 at the time, was now queen of England.

Although it came as a shock, Victoria took the news extremely stoically. Despite her young age she remained calm and had no need for the smelling salts her governess had prepared for her. In her first meeting with her privy council just a few hours later, Victoria’s new ministers towered over her – at just 4ft 11, she had to be seated on a raised platform in order to be seen. What Victoria lacked in height, however, she made up for in determination, and she quickly made a favourable impression.

Although Victoria assumed her royal responsibilities with remarkable confidence, she hadn’t always been destined for the throne. When the princess was born in 1819, the chance of her becoming queen seemed very remote. As the only child of King George III’s fourth son, Edward, the Duke of Kent, she was fifth in line to the throne. By the time Victoria reached her teens, however, the death of her father, his brothers and any other legitimate heirs left the young princess as King William IV’s closest surviving heir.

2) She had an unhappy childhood

Victoria spent her formative years at Kensington Palace, where she was born in May 1819. However, in many ways the palace proved a prison for the princess, and her childhood there was far from rosy.

Following her father’s death from pneumonia when she was just eight months old, Victoria’s early life was dominated by her mother, the Duchess of Kent, and her ambitious adviser Sir John Conroy. Keen to establish himself as the power behind the throne in the event of a Regency (in which Victoria’s mother would rule with her if she acceded while still underage), Conroy sought to keep tight control of the princess. Both he and the Duchess had a hostile relationship with Victoria’s uncle, King William, and consequently kept Victoria isolated from the royal court, even preventing her from attending her uncle’s coronation.

The pair imposed a stifling code of discipline on the young Victoria, which came to be known as the ‘Kensington System’. Along with a strict timetable of lessons to improve her moral and intellectual rigor, this suffocating regime dictated that the princess spent hardly any time with other children and was under constant adult supervision. Right up until the time she became queen, Victoria was forced to share a bedroom with her mother. She was forbidden from ever being alone, or even walking down stairs without someone holding her hand.

Later in life, Victoria reflected that she “led a very unhappy life as a child… and did not know what a happy domestic life was”. She retained a deep-seated hatred of John Conroy for manipulating her mother and imposing such rigid rules on her, later describing him as “demon incarnate”.

After she became queen, Victoria was able to free herself from the claustrophobic grip of Conroy and her mother. Her relationship with her mother remained strained and distant for many years and she limited Conroy’s influence at court. Just two years after Victoria took the throne, he resigned his post and left for Italy amid shame and scandal.

Perhaps in part due to her strict schooling under the ‘Kensington system’, Victoria  proved herself to be a remarkably adept linguist. As well as being fluent in both English and German, she also spoke French, Italian and Latin.

As her mother and governess both hailed from Germany, Victoria grew up speaking the language and at one stage reportedly even had a German accent, which had to be erased by tutors. When she later married her German cousin, Prince Albert of Saxe-Coburg and Gotha, the couple regularly spoke German together. Although Albert was fluent in English, he and Victoria could often be heard talking – and indeed arguing – in German when in private.

Later in life, Victoria also experimented with some of the exotic languages from across her vast empire. Following the arrival of Indian servants at Windsor Castle in August 1887, she was taught Hindustani and Urdu phrases by her favourite Indian attendant, Abdul Karim. The queen recorded in her diary: “I am learning a few words of Hindustani to speak to my servants. It is a great interest to me for both the language and the people, I have naturally never come into real contact with before”.

4) Her relationship with her prime ministers wasn’t always easy

Over the course of the six decades she sat on the throne, Victoria saw many prime ministers come and go. Yet while she established a remarkably close bond with some, others failed spectacularly to win her favour.

Victoria’s first prime minister, Lord Melbourne, was keen to flatter, instruct and influence the young queen from the very beginning. The pair were so close that Victoria claimed to love him “like a father”. However, this intense friendship with ‘Lord M’ made the queen unpopular with many – she was criticised for being politically partisan and was even mockingly called her “Mrs Melbourne”. Later in her reign, Benjamin Disraeli similarly pulled out all the stops to win Victoria’s favour with charm and flattery. His tactics clearly worked, as the queen told her eldest daughter [also named Victoria] that he would “do very well” and was “full of poetry, romance and chivalry”.

Other ministers, however, received a much less enthusiastic response from her majesty: she found Lord John Russell stubborn and rude and referred to Lord Palmerstone as a “dreadful old man”. As foreign secretary, Palmerstone hadinvoked Victoria’s wrath by ignoring Albert’s suggested amendments todispatches and apparently attempting to seduce one of her ladies-in-waiting. Victoria found Gladstone similarly infuriating, and with her characteristically sharp tongue dismissed him as a “half-crazy and in many ways ridiculous, wild and incomprehensible old fanatic”.

5) She was known as the “grandmother of Europe”

Over the course of their 21-year marriage, Victoria and Albert raised nine children together. As a means of extending Britain’s influence and building international allegiances, several of their sons and daughters were married into various European monarchies, and within just a couple of generations Victoria’s descendants were spread across the continent. Her 42 grandchildren could be found in the royal families of Germany, Russia, Greece, Romania, Sweden, Norway and Spain.

Warring First World War royals Kaiser Wilhelm (of Germany), Tsarina Alexandra (of Russia) and George V (of Britain) were all grandchildren of Victoria. Kaiser Wilhelm reportedly remarked that had his grandmother still been alive, the First World War may never have happened, as she simply would not have allowed her relatives to go to war with one another.

Victoria’s widespread influence had unexpected genetic, as well as political, implications for Europe’s monarchies. It is believed that the queen was a carrier of haemophilia and had unwittingly introduced the rare inherited disease into her bloodline. Over subsequent generations the condition resurfaced in royal families across the continent. In an age of limited medical facilities, haemophilia – which affects the blood’s ability to clot – could have disastrous consequences. Victoria’s own son Leopold suffered from the disease and died aged 30 after he slipped and fell, triggering a cerebral haemorrhage. Three of the queen’s grandchildren also suffered from the disease, as did her great-grandson, the murdered heir to the Russian throne, Tsarevich Alexei.

During the course of her 63-year-long reign, Victoria came out unscathed from at least six serious attempts on her life, some of which were terrifyingly close calls.

In June 1840, while four months pregnant with her first child, Victoria was shot at while on an evening carriage ride with Prince Albert. For a moment it seemed as though the queen had been hit, but Albert spurred the driver to speed away to safety and the would-be assassin, Edward Oxford, was apprehended.

Oxford – who was later acquitted on grounds of insanity – proved to be the first of many to target the queen while she was driving in her open-top carriage. In 1850, as the carriage slowed down to pass through the gates of Buckingham Palace, retired soldier Robert Pate ran forward and managed to strike the queen sharply on the head with a small cane. Although it transpired that the cane weighed less than three ounces, so could not have done much damage, the incident nonetheless unnerved Victoria. She escaped several more assassination attempts while riding in her carriage in 1842, 1849 and 1872.

Victoria was also infamously targeted by a stalker – a notorious teenager known in the newspapers as ‘The Boy Jones’. Between 1838 and 1841, Edward Jones managed to break into Buckingham Palace several times, hiding under the queen’s sofa, sitting on her throne and reportedly even stealing her underwear, before being caught.

7) She mourned Prince Albert for 40 years

On 14 December 1861, Victoria’s life was rocked by the death of her beloved husband, Albert. As the prince was aged just 42 and generally enjoyed good health, his death from typhoid was highly unexpected. It came as a huge blow to the queen, who had been intensely reliant on his support, practically and politically as well as emotionally.

Following Albert’s death, Victoria retreated from public life, adopting elaborate mourning rituals that rapidly became obsessive. As time went on, the situation began to spiral out of control as it became clear the queen’s period of mourning would last much longer than the two years that convention dictated. Consumed by grief, Victoria fell into a state of depression and began neglecting her royal duties. As she repeatedly refused to take part in public events, her popularity began to deteriorate. The British people began to lose patience with their queen, questioning what the ‘Widow of Windsor’ did to earn her royal income. It was not until the 1870s that Victoria was coaxed back into gradually engaging in public life once more.

Despite the decades that passed, Victoria never fully recovered from the loss of Albert. Although she had other intimate relationships – most notably a close friendship with her Scottish servant John Brown – she never remarried. She continued to wear black and sleep beside an image of Albert, and she even had a set of clothes laid out for him each morning, right up until her own death 40 years later in 1901. 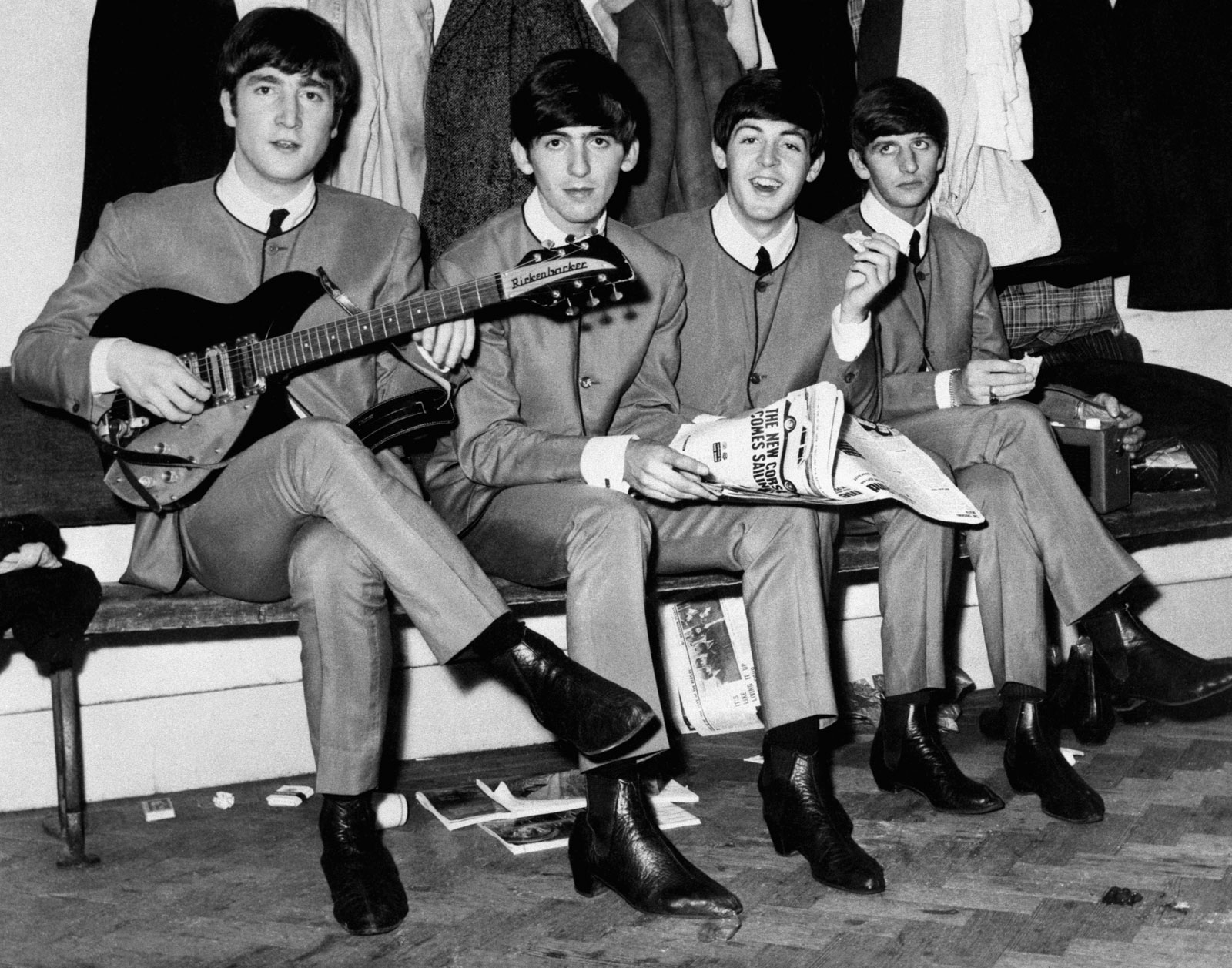 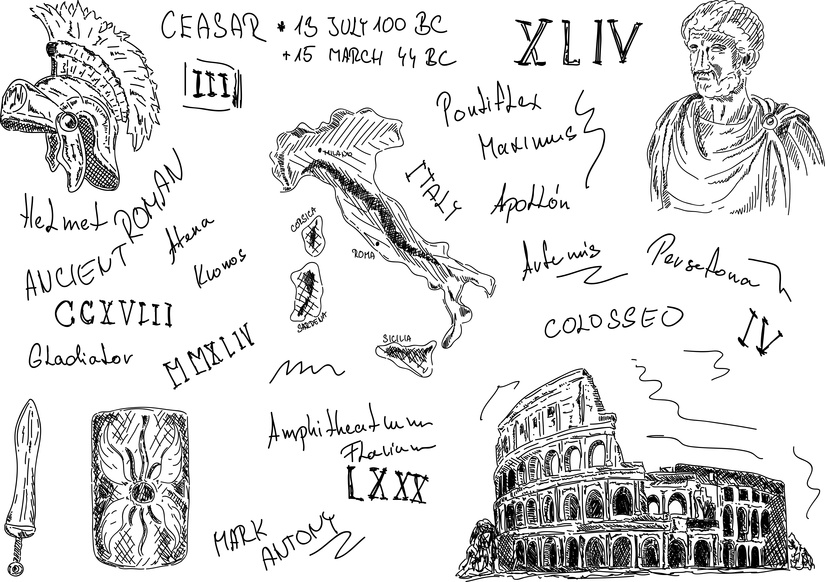